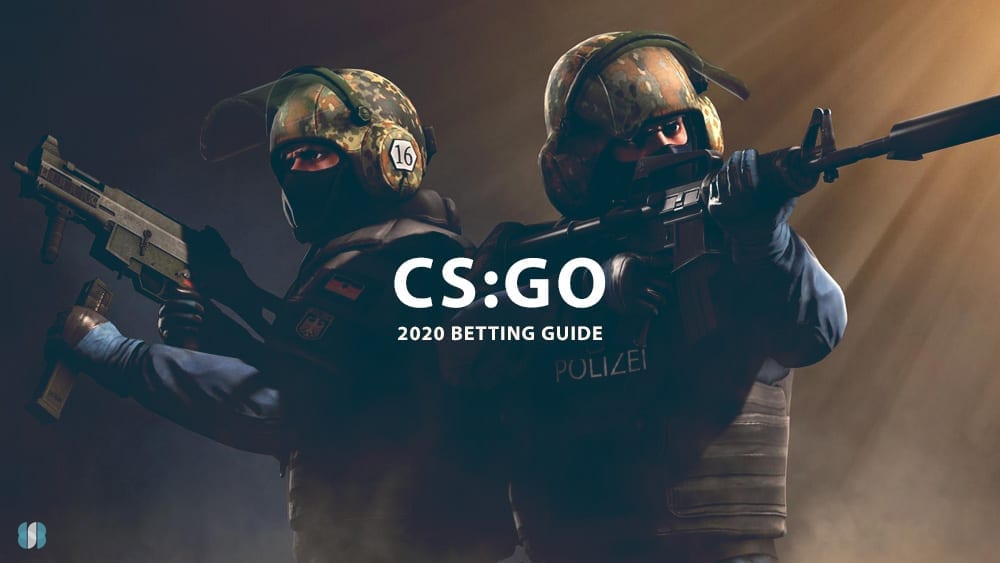 CS GO betting can be done via many licensed and legal esports betting sites in 2021, with most Counter Strike wagering surrounding the professional esports players and tournaments. Counter Strike is one of the most popular first-person shooter franchises of all-time, with it also one of the most biggest esports on the planet. Counter Strike: Global Offensive is the fourth instalment in this Valve game that has spawned various competitive video game leagues and tournaments. Our top CSGO betting sites are:

Counter-Strike: Global Offensive is one of the most successful multiplayer first-person shooter video games in the world and one of the five most popular esports titles hosted globally. With competitions selling out entire stadiums and with prize-pools upwards of $1 million and above, developer Valve has put some serious work into making their flagship FPS the best possible esport it can be.

If you are a fan of CS:GO and want to place a bet on your favourite player or team in their next match, this guide is aimed to educate you on how to properly and safely bet at online esports betting sites and familiarise players with the many unique gameplay terms and betting markets pertaining exclusively to CS:GO.

CSGO is still going strong in 2021 and we’re looking forward to many great events. Here are the ones that have caught our eye.

This is the one that excites us most in 2020, the ESL Pro League, with this US-based competition, pitting 24 invited teams against each other from various regions around the world. ESL Pro League betting will be available at all the top CSGO betting sites well in advance of the beginning of the tournament. On match-day CS:GO betting is available at most esports betting sites.

Fans of Counter-Strike: Global Offensive will be happy to know it is readily available to bet on at all major top-rated online betting sites, thanks to its widespread popularity around the world and various major and minor tournaments held across the calendar year. We have reviewed and tested many different sportsbooks for various countries around the world to bring fans the best and safest betting sites to bet on CS:GO esports. Check our reviews for more information on whether they accept players from your region.

For most bettors and sportsbooks, the most popular bets for CS:GO esports matches are straight wins (which team will win the match) but there is a large range of other betting markets available that knowledgeable fans can take advantage of to get the best bang for their buck. Before you jump in, though, be sure to read our beginners esports betting guide for the basics on how to place a bet at an online esports betting site.

These are more exotic types of betting markets available for Counter-Strike: Global Offensive at online and mobile sportsbooks.

Aa a general rule Valve will run two events each year that are classified as majors, with these CS:GO tournaments having huge prize pools of over a million USD. The Counter Strike: Global Offensive Majors in 2020 are:

The first major of the year for CS GO will be played in May, with most of the details still to be announced. The tournament will be split into three stages, The New Challengers Stage, The New Legends Stage and the New Champions Stage, with the event running for just under two weeks. CS GO betting ramps up around the the time of the majors, with more markets, odds and even promotions available when these tournaments are running.

The second Counter Strike major of the year will be played in November, with it set to feature many of the top-ranked players in the world. Also boasting a million dollar purse, the Autumn event will have the three stages like the Spring event and culminate in a single-elimination bracket, with matches after the quarter-finals being decided by Bo3. The Major Championship Autumn is set to be be biggest CSGO betting event of the year.

Amateurs, third party esports organisations and developer Valve themselves established Counter-Strike: Global Offensive as a serious esport soon after its initial release in 2012, and it has quickly risen to the top of the esports circuit, owing to its highly competitive multiplayer gameplay design and brand recognition from previous entries in the long-running series. Many tournament professional gaming organisers like the Electronic Sports League, Intel Extreme Masters and Major League Gaming host CS:GO tournaments all year round, with prize-pools first starting around $200,000 and eventually ballooning past the $1 million mark from 2015 onwards.

The competitive esports scene has continued to develop around CS:GO, with Valve and its flagship Steam product, finding ways to stamp out online cheating. One of the biggest anti-cheating measures was rolled out in November 2017, when the “Trust Factor” was announced. This takes into consideration things like the players actions in-game, have they been reported for cheating and even encompasses the wider Steam network, where your actions could impact your Trust Factor.

On December 6, 2018, Valve announced Counter Strike would be 100% free to play following a patch update. Users who already owned the game were given “Prime” status as a thank you, while other players are given the option to upgrade. Around this time, Calve also released an offline version of the game, which allows you to play against bots without an internet connection. A new game mode Danger Zone, with the Battle Royale format, was also added around this time.

Developer Valve co-sponsors and organises many esports events for CS:GO, called ‘Majors’, and these are the competitions which boast the biggest prize pools of them all.

Operation Shattered Web was released in November of 2019, which is very similar to other operations. A new battle pass system, characters and other features were included in the latest update.

The 2019 CSGO esports season was dominated by Danish powerhouse Astralis, which managed to win both the StarLadder Berlin Major and the Katowice Major. Astralis also won the last CS GO major of 2018, firmly putting them as the team to beat heading into the 2020 CSGO season.

Other games in the Counter Strike series

Counter Strike was first released in 1999 for Windows and was a mod for the popular FPS engine used in Half Life. In its existence, there have been four different editions of Counter Strike, but it has been Global Offensive that has made this series into one of the biggest esports on the planet. 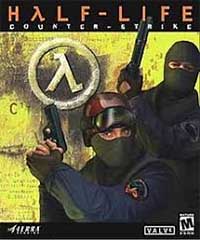 Originally a modified version of the Half Life engine, Valve bought the developers and code base for Counter Strike in the year 2000. The game was a smash hit from the outset, with LAN competitions all over the world. The first professional fantasy esports league was launched in 2004, surrounding Counter Strike, with some crediting this decision with the games longevity and ability to thrive in a crowded esports market. Globally Counter Strike sold 1.5 million units in a two year period from its release. 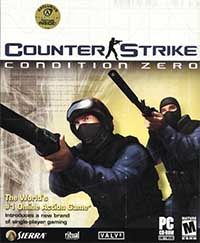 Counter Strike: Condition Zero was the follow up to the original title, with it hit with mixed reviews. Developed bu Turtle Rock Studios, Condition Zero, graphics wise, was very similar to the original. How it was different was an included single-player mode, that allowed you to play a campaign, or essentially follow an adventure. CS Condition Zero is comparison to what was to come made very little impact in sales and buzz, with it failing to outshine the original. 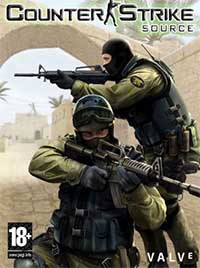 Counter Strike: Source was released in 2004 and was the first big shake-up of the game, with it running on the Source engine. Released for Beta testing on August 11, 2004, Counter Strike: Source was given rave reviews, and quickly gained popularity, first being packaged free with Half Life 2, and then given a stand-alone release. Like the original, CS Source pits terrorists against Counter Terrorists. 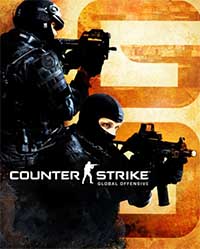 Counter Strike: Global Offensive was the fourth release in the CS series, again running on the Source engine and being developed by Valve. Remarkably there has not been another release in the series, since CS:GO but this is not surprising given the strong numbers that still play it and the huge profits the company makes, largely through its ownership of Steam. CS GO is available on the PS3, XBOX360, Mac and PC. It’s largely the PC version of CSGO that competitive esports is played via, with many of the tournaments and leagues boasting millions of viewers via streams and millions in prize money. CS:GO might be almost eight years old, but it’s not going anywhere in a hurry.

How do I watch CS:GO online? CS:Go is one of the most popular esports, with millions of people tuning in to watch it via streaming services such as Twitch and Youtube. Streaming CS:GO can also be done via some esports betting sites, while it will always be free to watch.

Is it legal to bet on CS:GO? This will largely depend on where you are in the world, with CS GO betting laws determined by the government in your country, or even state. For instance in the USA, sports betting is only legal in some USA states, although this is changing rapidly following the successful repel of the PASPA ruling by the state of New Jersey.

Who is the best CS GO player in the world? There are a number of players that could lay claim to the title of “best CSGO player” and it can change from tournament to tournament, or even day to day, with form and other factors playing a role. At the time of writing Ukranian S1mple is regarded as the best player in CSGO.

Is betting on CS GO easy? The more you know about professional CSGO the more luck you will have betting on it. If you are a newcomer to CS Go betting it pays to do some research about the match you are going to bet on. For instance have the teams played before? Who dominated? Is there any players missing this time around? Like all esports betting, the more you know about the pro circuit the more informed bets you will be able to make.