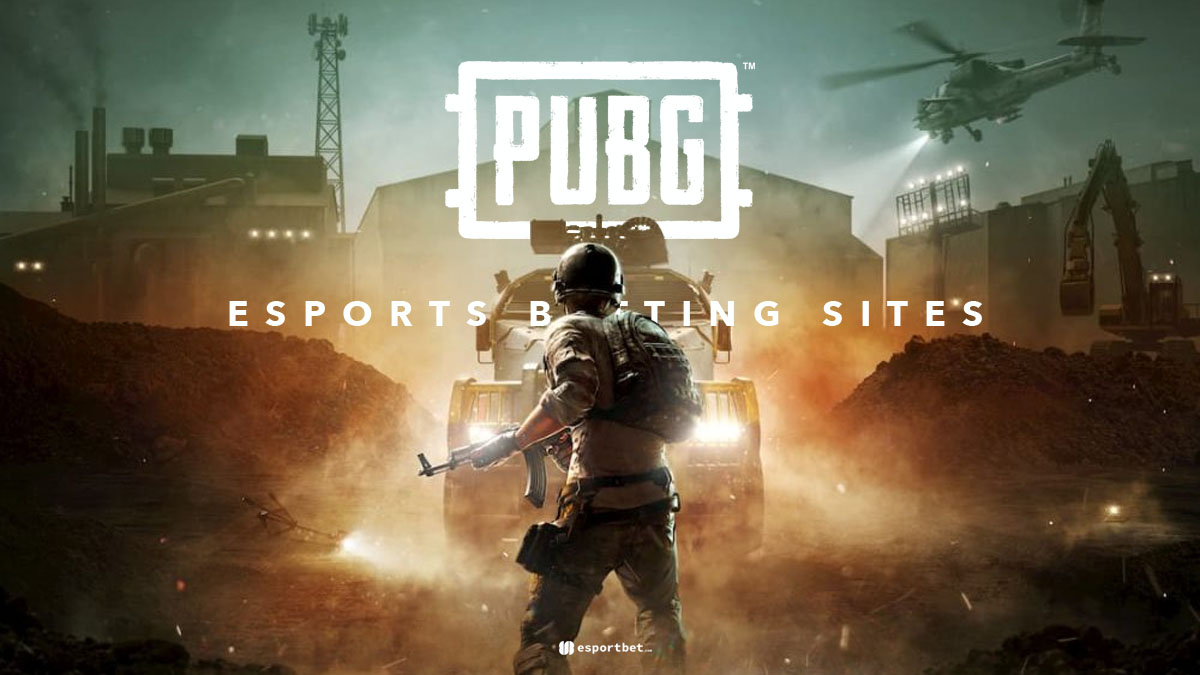 PlayerUnknown’s Battlegrounds (also known as PUBG) continues to be one of the best, most popular, most original games out there. In the last few years it has grown to be a household name amongst Esport fans, and currently sits as the second best selling game out there at 24 million copies.

Initially released in 2017, PUBG stormed onto the scene and in a matter of hours, was a trending game. The game’s main plot is based around the lone survivor and is seen by many as the poster child of the “Battle Royale” genre. Still setting records across the board, just where this highly rated, highly popular game will go, we can’t wait to see.

What is PlayerUnknown’s Battlegrounds?

PlayerUnknown’s Battlegrounds, more commonly known as PUBG, is the second best selling game in history and is a recognised and active title in Esport today. Best Described as an online multiplayer title, the premise of the game is to be the last man (or duo) standing in true Battle Royale fashion. The competitive video game sees 100 players parachute onto an isolated map and fight for survival any way they can. Ultimately it is the games simplicity that is key to its success.

This lone survivor concept has proven immensely popular, probably unsurprisingly if you consider the enduring popularity of movies like The Hunger Games and Battle Royale. PUBG once set the record for most online players at once playing the game and since its release has amassed over 400 million unique players.

Players can choose between both first-person and third-person perspective as standard (depending on the game mode), users able to record gameplay.

There are 5 different game modes:

Players must use what they find to survive and kill, the game procedurally generating weapons and events. Winners receive their prestigious ‘winner winner, chicken dinner’ title and in-game currency for cosmetic customisation. With such a simple yet engaging premise, it is no wonder PUBG has grown to the heights it has, and we are glad to see it has grown to become a worldwide Esport sensation.

There are 9 distinct regions in competitive PUBG, all taking part in competitive seasons, aligned on the calendar to create a full slate of professional leagues and tournaments all around the globe. After an annual season of weekly league games and special events, the top PUBG teams in the world all come together in Autumn for the most prestigious live event in PUBG or battle royale Esports: The PUBG Global Championship. 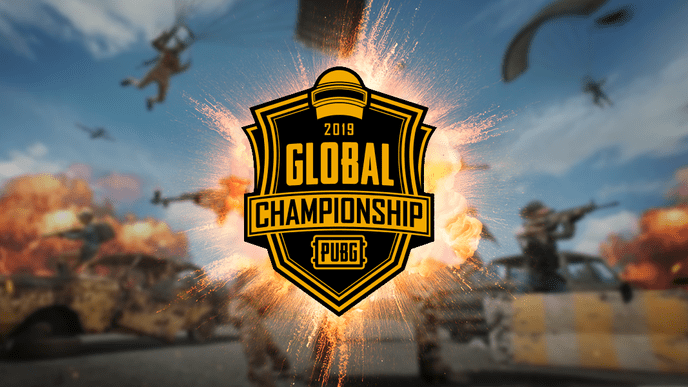 The 9 regions include North America, Europe, Korea, China, Japan, Chinese Taipei, Oceania, Latin America and Southeast Asia. All PUBG Esports events are governed by SUPER (​Standard and Universal PUBG Esports Ruleset​), professional matches pitting 16 squads of four players against each other. Only 2 of the 4 available maps are used, Erangel and Miramar and all games are played in FPP exclusively.

The PUBG season begins with regionals between January and March. The FACEIT PUBG Global Summit takes place in April of each year. May to June will see more regional match-ups followed by the GLL Grand Slam which was won by FaZe Clan in 2019. FaZe took home the top prize of $130,000 beating Team Liquid in the Grand Finale. July also sees the MET Asia Series take place. Gen.G won the annual event this year, also taking home a top prize of $130,000.

The most recent major PUBG event of the season was the PUBG Nations Cup 2022, which took place in June, after several years absence. The winner of PUBG Nations Cup was Team Great Britain who took home the US$100,000 winners cheque.

The PUBG season concluding in November with the eagerly anticipated PUBG Global Championships.

PlayerUnknown’s Battlegrounds had its first major esports event in May 2017, when Bluehole Interactive hosted the 2017 Charity Invitational to raise money for the Gamers Outreach Foundation, eventually generating US$120,000 in donations and US$100,000 when Bluehole matched its fans. The early competition effectively acted as a precursor or prototype to how future officially-organised PUBG esports matches would be structured.

The Gamescom PUBG Invitational LAN Tournament came next and ran from August 23 until August 26 at the annual Gamescom event held in Cologne, Germany. Hosted by the Electronic Sports League in collaboration with Bluehole, 80 of the most popular PUBG pro players and live-streamers competed for a share of US$350,000 in total prize money. The Gamescom PUBG Invitational hosted matches across several game modes, including Solo, Duo, Duo FPP (first-person perspective) and Squad. Whichever team or individual players had the best score in 3 games would take the title of champion and the lion’s share of the prize-money fronted. An open qualifier team known as “Suisse My Baguette” won the duo tournament and took home a $30,000 grand prize, though much of the action and the hype was tempered by lousy camerawork.

The Intel Extreme Masters Oakland – PUBG Invitational 2017 was held in November and featured a 20-team, 80-player tournament organised by Intel and ESL and took place in Oakland, United States, boasting a prize pool of US$200,000. Team AAA Gaming took home the grand prize.

In 2019 the PUBG competitive scene continues to thrive with more map releases, more people watching streams and more prize money influencing the size of the tournaments. Overall PUBG is continuing its push into a mainstream betting esport.

In 2022 the S-Tier PUBG tournaments are listed below;

PUBG is THE most popular game on Steam, at its peak, regularly hitting 2 – 3 million daily users. The game already incorporates a lot of betting features as part of its gaming experience and has an existing, large betting community that is expanding every day. PUBG fans can find lots of betting sites out there on which they can wager on their favourite game. More and more people are becoming interested in Esports betting all the time, but PUBG is still relatively new to the Esports betting scene.

Because of that we in the editorial team at eSportBet.com want to help guide PUBG and Esport fans to the right ​sites​ for them while they learn and grow alongside this popular Esport title.

The most common way people wager on this Microsoft game is via PUBG betting apps, with most international online esports betting sites having downloadable software available. All PUBG betting sites we promote on this website also have fully functional mobile sites that you can bet via.

The best PUBG betting apps are undoubtedly for Android and iOS smartphones and tablets. These are the two prevalent gambling application software used by giants like Samsung and Apple. You can essentially join a PUBG betting site and then download their software, giving you instant access, anytime to 100s of different markets and odds.

PUBG betting apps are very convenient, because they have features like the ability to bookmark certain matches, players or even teams. It really can be beneficial to betting on PUBG to keep these records via a betting app.

The process for downloading PUBG betting apps is slightly different on Android smartphones, with it a matter of opening a bookie account, then download the app directly from the company. You will need to have turned on non-market apps to allow the download.

Only readers in countries with regulated sports betting will be able to download PUBG iOS betting apps, because these can only be claimed from the Apple App Store and have strict regulations about what can be marketed where. Including offshore betting sites.

You can learn more about esports betting apps in our extensive guide, including the differences between downloading Android and iOS and the process required.

How we judge PUBG sportsbooks and esports betting sites

With so many options out there for Esports fans it can at times be hard to figure out which site to choose and why. Clicking the first link you find is a big mistake, so to make things easier for our readers we have put together this betting guide on where to bet on PUBG and why.

When betting on PUBG, punters have the opportunity to increase their coin bankrolls, win rare or unique skins and mods, and sites usually offer different types of games/bets for players to win with. There are four main types of bets that can be made on the game. These include jackpot games in which players build a jackpot by wagering their loot. The value of the loot wagered dictates a player’s odds of winning. Once a bet is closed, these sites usually make a random spin to determine a winner who takes the entire pot, minus a small commission taken by the site.

Coin Flips are another type of game, in which 1 on 1 bets are placed, with each player having an equal chance of winning. PUBG Roulette is the next type of game available, similar to its traditional counterpart, players making wagers on colours. The last type of game is called Crash, in which players make wagers and then watch a graphic that has their win rate number inside. The higher the number the more you win, players being required to cash out before the game ends by ‘crashing’.

We hope this will be everything you need to know to go out there and take on the PUBG world. For all your Esport betting needs, find more info at ​eSportBet.com​.

Why you should bet on PUBG