As expected of the NA LCS, Team Liquid and 100 Thieves are heading the top of the standings after Week 2 at a 3-1 record apiece. Following the top place teams is a 6 way tie for third place with Cloud9 and FlyQuest bringing up the rear as the last two teams in the league. With such a good start for TL and 100T couple with the fact that their strong last season finish has earned them a decent amount of Championship Points, both teams are in a great position to solidify their Worlds debut in the coming fall.

Some shocking standings that need to be noted are the Golden Guardians with a 2-2 record considering their small roster change and the Cloud9 fall from grace with a 1-3 record with Sneaky, Smoothie and Jensen still sitting on the bench. Echo Fox’s last minute substitution of Feng for Adrian caused FOX to lose a ban and lose against OPT. Allorim has taken over for Dhokla on OPT and has looked great ever since, even in their loss.

Cloud9 has many issues coming into this week and have to face a struggling TSM on the other end of the rift. As Twitch chat so promptly exclaimed “#NotOurC9”, the substitutes of Goldenglue, Keith and Zeyzal have not had much success on the competitive scene. TSM on the other hand have yet to find a stable jungler between MikeYeung and Grig and have to continue building communication in the early game between mid, top and jungle.

Should C9 continue on their current course with the same roster, this match will end as most would expect; a TSM victory. If C9 makes a substitution of either Sneaky or Jensen and Smoothie for Keith and Zeyzal, C9 have a much better chance at triumphing over TSM. Licorice should be able to handle Hauntzer in the top lane with Svenskeren safely jungling and tracking either Grig or MikeYeung. Goldenglue has looke great as of late and can match the contested king of midlane Bjergsen.

*If C9 makes a substitution of their botlane, Cloud9 will be predicted to win*
Betting prediction: Team SoloMid to win, paying $1.57 at BetOnline.

A team sticking to their guns by playing standard in this chaotic meta will be squaring off against the Huni show in the second match of the day. As much as Team Liquid show promise, they have to ensure that they can successfully outwit and outplay FOX in every facet of the early game or FOX will take the lead and storm away with it.

The map will be split into two halves horizontally – FOX controlling the top while TL controlling the bot. Basically, whoever gets further ahead will win between Huni and Doublelift. Although TL also have a very decent carry in Pobelter as well, Huni has been known to venture outside his lane and play unconventional picks in order to further his lead. In this patch, getting the bottom lane ahead in a traditional ADC and Support matchup may not be enough to win the game. Although Doublelift has shown the propensity to play other picks than ADC, putting the pressure on him to carry on an off champion is difficult at best for TL.

Yet another very close matchup, 100T face off against CG, both teams standing at a 2-2 record. Last season, both these teams were at each others throats during playoffs with 100T earning their second place spot. In this matchup, the power rankings are as close as ever.

Ssumday and Solo are both players that have trended towards the high carry, high damage top laners such as Darius and Aatrox. When it comes to matchups, the top lane will be heavily influenced by Meteos and LirA, both of which have also have mixed results when jungling. In the midlane, Febiven versus Ryu should go to Febiven most of the time, with the duo lane of Cody Sun/Aphromoo being able to outclass Apollo/Hakuho. Historically, both teams have been able to shave off wins off each other, but CG will be a bit more favored with the midlane matchup being decently in CG’s favor. And with midlane control comes mapwide pressure, something that 100T have lost too in the past by being multiman ganked without contest. 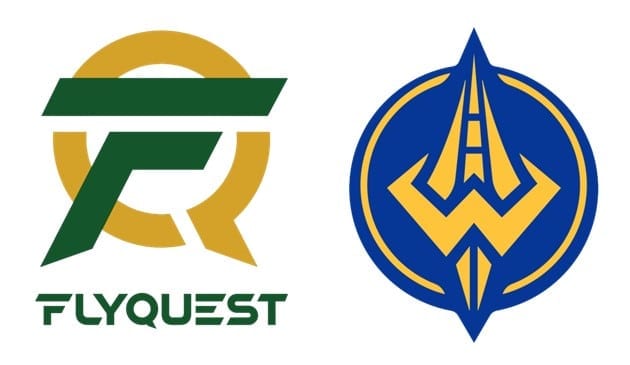 Oh the hyped FlyQuest versus the now hyped Golden Guardians. Needless to say, the GGs have been looking great as of late while FLY still struggle with the first 15 minutes of the match, usually falling behind in most lanes and as a result, most objectives.

Mickey has proven to be a stable swap for Hai, with Contractz and Deftly carrying the heck out of teamfights and funneling comps. Lourlo is still playing very consistently with Matt shaping up his game since last split. Flame and Keane are the silver lining for FLY, but Keane is inconsistent at best, being able to go full throttle to smash his laner or into his own grave. WildTurtle and Kwon have not yet synergized fully with Santorin struggling in the jungle due to team communication. This match should be an open and shut case.

Before, if OPT still played Dhokla, the favored team would have undoubtedly been CLG. Now, with OPT shoring up their weaknesses, the matchup becomes a bit more balanced.

CLG’s Darshan has been improving his play, but against OPT Allorim, it may prove difficult for CLG to emphasize an Aatrox or Camille split push. PowerOfEvil should have Huhi’s number in the midlane, giving OPT a decent lead in that case. Arrow and Big, like their FLY counterparts, have not yet displayed a level of competitive play that older, more experienced duos have mastered. The jungle will play a significant role in this match, but Akaadian is looking a bit more dull than Reignover’s recent ability to powerfarm and carry his laners past the early game.

To keep up with the latest esports news and tips be sure to like the eSportbet facebook page and join our Discord server.
0 0 vote
Article Rating
Tags: League of Legends, LOL, NA LCS