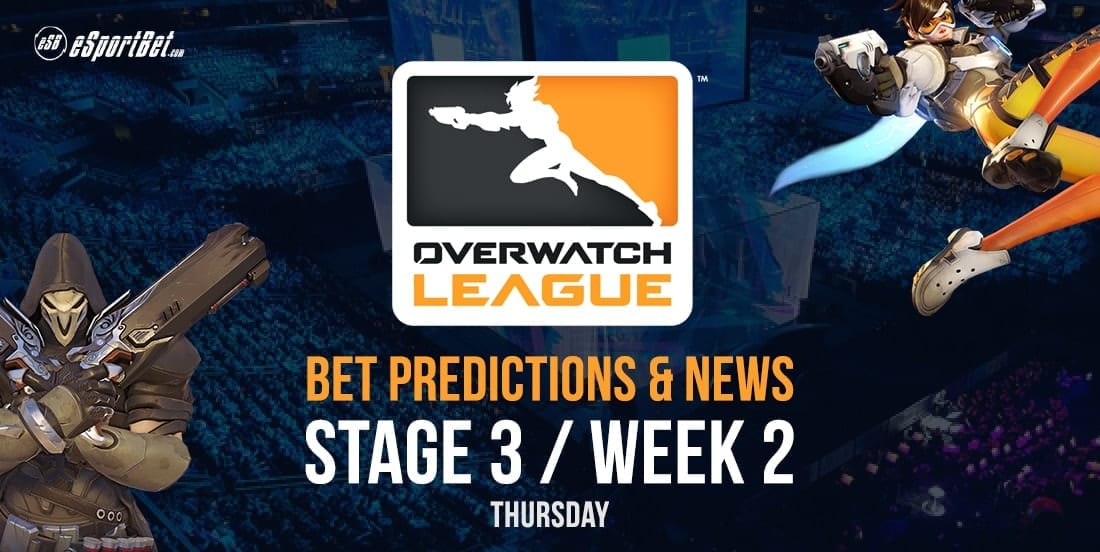 The Overwatch League has entered week 2 of Stage 3 and there are many matches to be played over the next 3 days. As always, multiple betting opportunities are available but before I start analyzing them, let’s see take a look at the standings table after week 1.

Both of these teams messed up in their first week of Stage 3. London Spitfire lost against New York Excelsior (0 – 4) and Houston Outlaws (2 – 3), while Florida Mayhem was defeated by New York Excelsior (0 – 4) and Philadelphia Fusion (1 – 3). Both the head to head record (2 – 0 in favor of London Spitfire) and overall performance throughout the Overwatch League clearly indicate that London Spitfire should win this match with ease.
Bovada puts the odds at -550 / +325 or around 1.18 – 4.25 in favor of London Spitfire, which is amazing considering Spitfire’s chance of winning (around 95%).