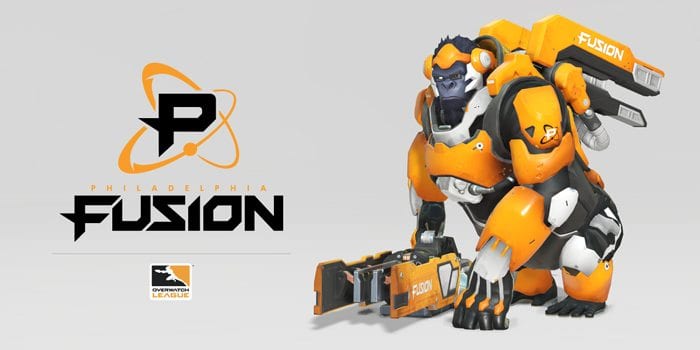 In line with the Philadelphia Fusion’s intention to rebuild their Overwatch team, the franchise have announced the departure of five players from their roster. The North American franchise joins a long list of Overwatch teams making changes to their rosters ahead of the 2023 season.

The franchise took to their Twitter page to announce the exits of the players from the team, using an individual post for each player.

“Today we are parting ways with @aimgod_ow,” the franchise tweeted.

“He joined us at a very difficult time and lifted us up with his expertise and positive energy.

We look forward to seeing what you accomplish next. Thank you AimGod!”

Today we are parting ways with @aimgod_ow.

He joined us at a very difficult time and lifted us up with his expertise and positive energy.

We look forward to seeing what you accomplish next. Thank you AimGod! pic.twitter.com/SDZnDp4vJ8

AimGod was a former support on the Boston Uprising roster during the inaugural season of the league. At some point in his career, he played against Fury and Carpe.

After over a year with the Uprising, he joined the Washington Justice, where he spent a year. Upon leaving Washington, he took on the challenge of sharpening his skills in Overwatch Contenders with the Chinese esports team Team CC.

FiXa, on the other hand, joined the Philadelphia Fusion as a rookie from the Uprising Academy, where he spent a year. Upon joining Fusion, FiXa became an instant success with his ability to support his team.

Belosrea, who was also a rookie player on the roster, was a former member of T1. With Fusion, he had been sharing the tank duties with veteran Fury. Fury had earlier in the year returned to Fusion after having been a part of the franchise in 2020 before joining th Washington Justice.

The story is quite different for Carpe, who has recently announced his retirement from competitive Overwatch. The veteran remains the sole player to represent a single team for the entire period of five years since the league was developed. He was a key player for the team, as he led them to a second-place finish at the inaugural grand finals.

Carpe shared his announcement that he will be exploring the Valorant esports title under the T1 roster. He joins Overwatch pros like Ha “Sayaplayer” Jung-woo, who made the switch.

However, at the 2022 Overwatch League Playoffs, the franchise found it difficult to make a good representation of themselves at the event. They finished in 9th-12th place after suffering back-to-back defeats and only winning a map in the process.

After being swept by the London Spitfire in their upper bracket round 1 fixture, the team were demoted to the lower bracket. In the first round of the lower bracket, they were tasked with playing against the Los Angeles Gladiators. The franchise won the first map but lost the next three games to the Gladiators, which guaranteed their exit from the tournament.

Owing to their terrible outing in the playoffs, it was imperative to make some changes to their roster if they were to stand a chance in the upcoming season.

With Fusion losing five players from their roster, the franchise is left with only two players on their roster: Yoon “MN3” Jae-hee and Kim “ZEST” Hyun-woo. The roster replacements are yet to be announced as the franchise looks to rebuild.