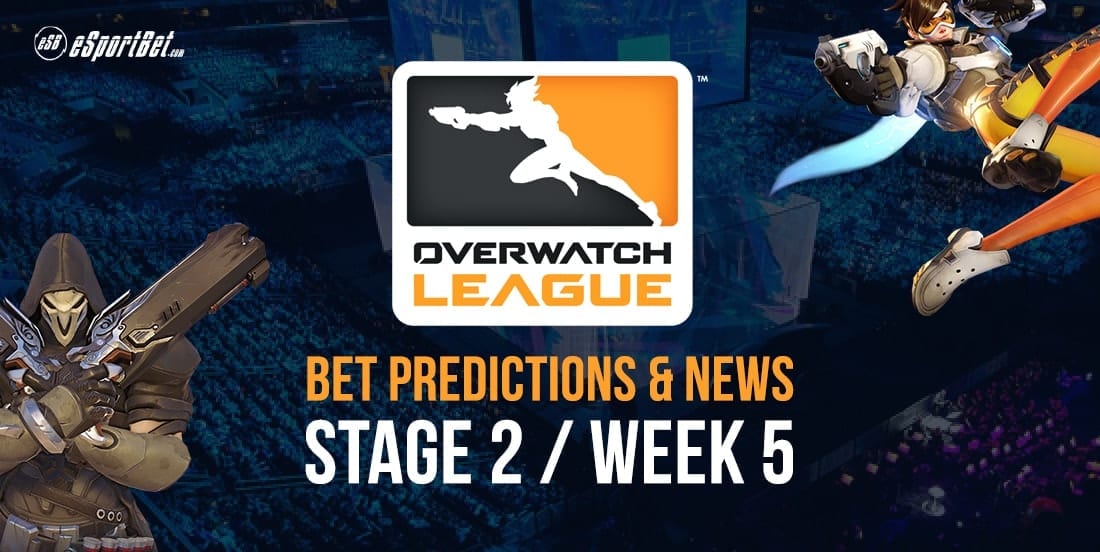 Our many Kenny R gives his free predictions:

This is a complete mismatch between one of the strongest teams in the league and one of the weakest. And although it’s true that Seoul Dynasty lost both of its matches last week, they’re still lightyears ahead of Florida Mayhem in every way: individual skill, coordination, strategy, tactics etc.
The last direct encounter between these two teams ended with an easy victory in favor of Seoul Dynasty (score 4 – 0).

Best bet: Back Seoul Dynasty Valiant at +140 at BetOnline

Best bet: Back Las Angeles Valiant at +140 at BetOnline

This can only end one way. Sure, Shanghai Dragons are probably stronger now after their roster changes from a week ago, but it’s still next to impossible for this team to improve so dramatically and so quickly that they can take on the Stage 1 champions.
No matter what the odds will be, keep in mind that the likelihood of a London Spitfire victory in this match is almost 100%.

Best bet: Back London Spitfire at -10000 at BetOnline