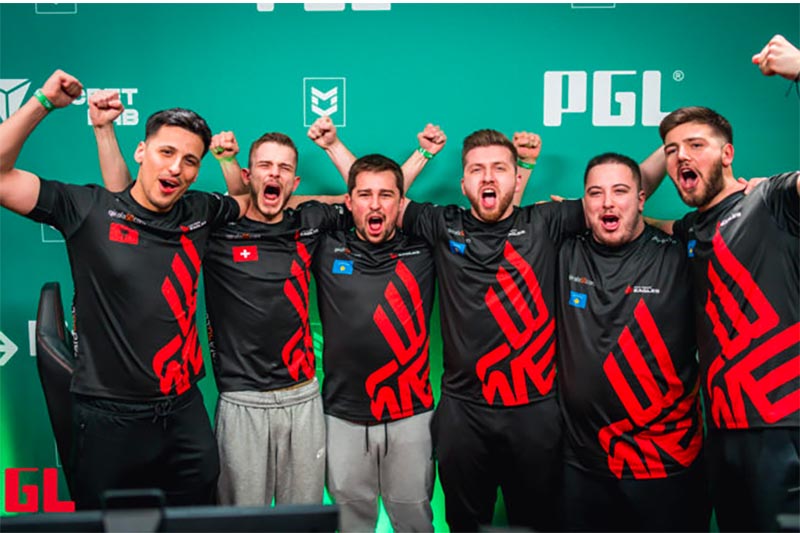 The Kosovo Counter-Strike: Global Offensive team received several offers earlier this year when they qualified for the PGL Antwerp Major after beating the SINNERS in the European Regional Major Rankings B with a 2-1 score.

Instead of signing on to rival teams, the players revealed their intention to start up an organization of their own and receive help from sponsors.   As a result of their efforts, the Bad News Eagles advanced to the Legends stage, becoming the first Kosovar team to achieve this height.

Bad News Eagles were even congratulated by the Prime Minister of Kosovo for the commendable feat.

The Kosovar team reportedly participated in the PGL Antwerp Major as the only CS:GO team without sponsors and managed to gain Legends status after securing a win against MIBR.

Bad News Eagles were also notably able to keep the entire amount made from sticker sales in the event.

The squad recently revealed that during the summer player break, they contemplated two offers from other teams. However, the offers mentioned did not meet their expectations.

“For us as a team, salary is not the most important factor in this decision but the staff that an organization has and how they can help us develop ourselves in and out of the game,” the team said in a statement.

“Another really important factor is the opportunity to boot camp regularly without issue; this for us is where visas are also very important.”

In future games, the team will carry on playing competitively with their Bad News Eagles tag and ensure that their entire organization is under their complete control.

The team announced that they were in the process of signing on new sponsors, with this a key goal in the immediate future.   In the statement released on Twitter, James Banks, the team’s manager and esports interviewer, host, and caster, was mentioned as the point of contact for parties interested in collaborating with the Kosovar team.

After offering his services to the independent CS:GO squad, Banks joined the team as their manager. Prior to his time with BNE, he worked with Alliance as the team’s general manager for two years.

Banks revealed that his intention was purely to help them and he was not even taking any payments for his services.

“While all of this is going on, we will be fully focused on practicing and preparing for the [IEM Rio] Major, ready to showcase ourselves as one of the best teams in the world and go further than we did before,” Banks said.

The team concluded the statement by thanking the fans of BNE for their continued support during games and promising to keep doing their best.

Bad News Eagles qualified for the IEM Rio Major European Regional Major Ranking (RMR) tournament in October due to their performance at the PGL Antwerp Major.

Other teams that qualified through the PGL Antwerp Major include Ninjas in Pyjamas, FaZe Clan, G2 Esports, Team Spirit, and Cloud9. The open qualifiers endorsed 10 other teams to join BNE and Cloud9 in the European RMR.