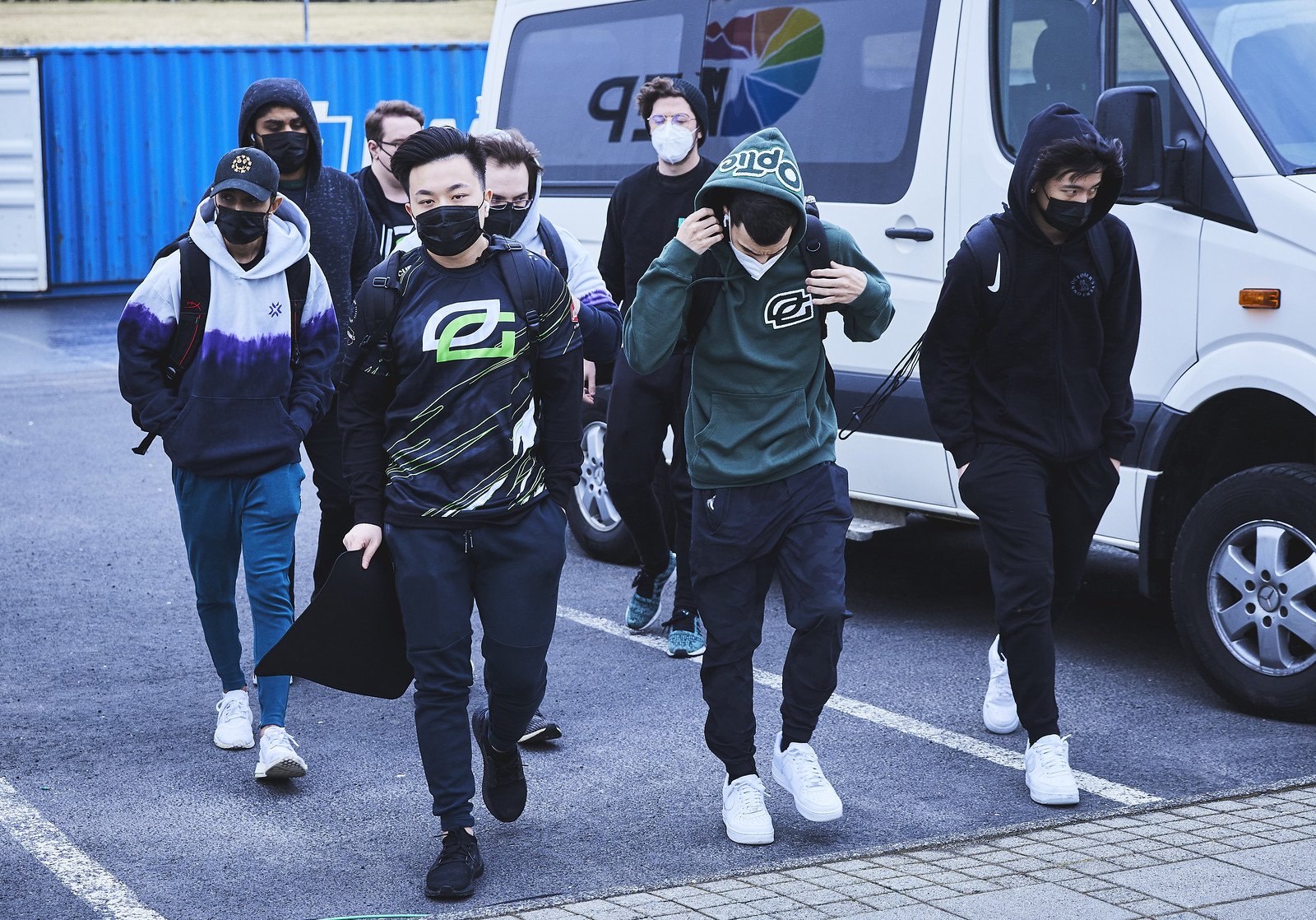 The Guard head coach solicits support for Optic Gaming ahead of their semifinals game in the 2022 VCT Masters Reykjavik.

The Guard and Optic Gaming are the two teams that went ahead to represent North America in the VALORANT Champions Tour (VCT) 2022: Stage 1 Masters – Reykjavík.

But with The Guard out of the competition, their head coach Matthew Elmore has called on fans to support the remaining North America (NA) Valorant team in the competition.

Via his Twitter page, Elmore showed his support for his North American counterparts, suggesting a win for Optic Gaming is a win for NA.

“To all our fans as well please rally behind the @OpTic guys now. We’ve still got a team in the tournament and a damn good one at that. Bring it home for NA”

To all our fans as well please rally behind the @OpTic guys now. We've still got a team in the tournament and a damn good one at that. Bring it home for NA pic.twitter.com/1nTPjV76Fw

The battle between The Guard and OpTic Gaming has been immense in the past month.

In the Upper Bracket Final of the North America Stage 1 Challengers, OpTic swept The Guard in Split and Bind to secure a spot in the Grand Final. After a 3-0 series win against Cloud9 in the Lower Bracket Final, TG was ready to exact revenge against OpTic.

On this occasion, it was a closely-contested affair, as they played all five maps before a winner emerged. The Guard eventually won the series on Haven, winning $50,000 from the $200,000 prize pool and getting seeded to the Masters. OpTic, who finished second, also clinched a spot in the Masters and went home with $32,000.

Although The Guard was one of the teams that did not have to play in the Masters Group Stage, the extra rest did not do them any good as they squared off against Optic in the Upper Bracket Quarterfinals. In the Best of 3 game, the Los Angeles-based team lost to OpTic, who would go on to play DRX from Korea in the Upper Bracket Semifinals.

The Guard had the opportunity to stay in the tournament but lost their Lower Bracket Round 1 game against the Asia-Pacific Paper Rex.

The Guard, via their official Twitter page, following the loss announced that preparations have already started for Stage 2.

“Our young team has learned a lot from our first international LAN tournament. The #VCT journey is not over – today simply marks the start of our preparation for Stage 2. We’ll see you all there! #StandGuard”

Our young team has learned a lot from our first international LAN tournament.

The #VCT journey is not over – today simply marks the start of our preparation for Stage 2. We'll see you all there!#StandGuard pic.twitter.com/WXPxoirrHD

Now, with OpTic playing later tonight, Elmore is rallying support for the NA team. It will be an uphill task upsetting DRX, who are the favorites to win on several esports betting platforms with a moneyline odd of -175.44 .

DRX has won eight consecutive games, and has a win rate of 92% in their last 30 matches, compared to OpTic’s 69%. The teams have never met before in a competitive setting, but DRX is undoubtedly in better form.

A loss will not be the end of the road for OpTic, but they will have to play a lot more games to reach the Grand Final. If they fail to advance to the Upper Bracket Final, they will play Paper Rex or ZETA DIVISION in the Lower Bracket Round 2.