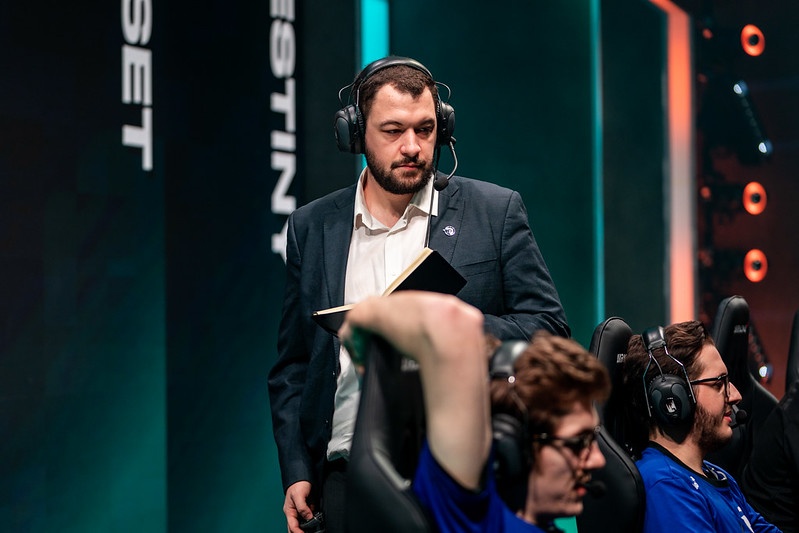 Team Liquid have announced their decision to let go of the head coach of the organization’s League of Legends team, Andre Guilhoto. The coach was signed on to Team Liquid before the 2022 season began, but has been released by the franchise after spending a season with the team.

Liquid took to their official Twitter page to make the announcement. The franchise thanked Guilhoto for his time with the team and wished him all the best going forward.

“Today we say farewell and thank you to @AndreGuilhoto94 for his hard work and devotion this year as Head Coach,” the tweet read.

“We’re grateful for all of your hard work this year and it was a pleasure to have you as a part of the Team Liquid family. We wish you the best in your future endeavors.”

Today we say farewell and thank you to @AndreGuilhoto94 for his hard work and devotion this year as Head Coach.

In the past half-decade, Guilhoto has been a part of and headed four different teams in the LCS and LEC, some of which include Mithy, Upset, and Alphari. During his time with the different franchises, the veteran league coach never stayed on one team for longer than two seasons.

Despite his lack of longevity with his teams, Guilhoto has acquired an impressive reputation over the years as one of the toughest coaches in the Western League. He will likely not have issues getting signed on for the 2023 season.

Team Liquid released an exit interview with Guilhoto where the squad’s former head coach was asked if he had any particular regrets for the 2022 season. In response, Guilhoto revealed that he would most likely repeat his previous actions if given a second chance.

“I don’t regret anything. I think that I learned a lot this year, and if I put myself in the moment [again], without the hindsight, I would probably have made very similar decisions to the one that I made,” the former head coach said.

“I felt like this year I consistently did my best at that moment, so I don’t regret putting in as much work as I did.”

“I would have still joined Team Liquid because I leave Team Liquid a better coach, with learning a lot. And I think that the real failure is not learning from your experiences more than losing. So with that in mind, I think that I still get a lot from this year, and I wouldn’t trade it back.”

Guilhoto was signed on to Team Liquid during the organization’s previous attempt at a “super team.” The veteran coach was to lead the team of experienced players to achieve Liquid’s desire to reign supreme on both domestic and international stages in the North American League of Legends. He previously proved that he was up to the task during his time with Immortals and Origen when he led the two squads’ veteran players.

However, Liquid did not record any major success under Guilhoto. During the 2022 season, the League of Legends squad could not qualify for the Worlds due to their loss in the 2022 League Championship Series summer playoffs. At the time, the team played against and lost to Evil Geniuses.

Although the team did not qualify for Worlds, the NA squad produced some of the most impressive individual records in the region this year. For the entire season, Liquid notably have a 52-29 win-loss record in the matches they participated in. The League of Legends team were also awarded the Coaching Staff of the Split title due to the efforts of Guilhoto’s coaching crew at the 2022 LCS Spring Split.

Shortly after losing out on their Worlds spot, the team’s 2022 season came to a premature end. The owner of the NA squad, Steve Arhancet, previously took to Twitter to announce that the team would undergo a massive reconstruction for the 2023 season. He revealed that Liquid would let go of their previous “superteam” format, regardless of how helpful it was in the past, and focus on developing their own talent for the future lineup.

Liquid also previously announced the exit of their AD carry, Steven “Hans Sama” Liv, whose contract was initially set to expire in 2024. With Guilhoto’s recent departure, it is not certain who Team Liquid will part ways with next from their roster.