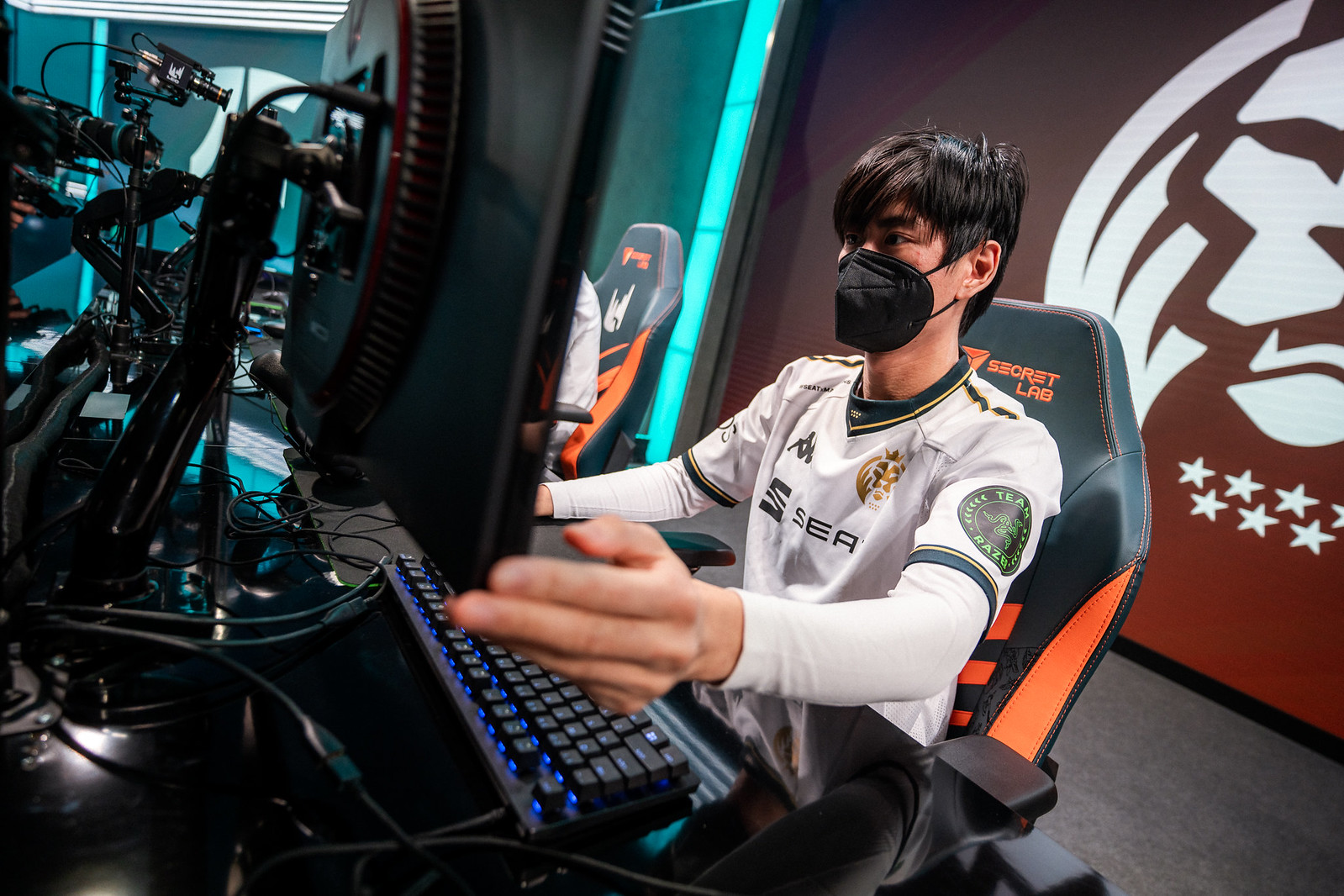 Back-to-back LEC Champions MAD Lions are considering a change of personnel in the mid-laner position, which could see Steven “Reeker” Chen relegated to the bench or out of the team.

According to Jaxon, sources revealed that the team is already searching for another mid-laner to replace Reeker ahead of the LEC 2022 Summer Split, with other organizations indicating an interest in the German.

“According to my sources, back to bar disappointing run in the group stage. They finished outside of the top six with an 8-10 record, making them ineligible to get a piece of the EUR 200,000 prize pck #LEC champions @MadLions are set to bench @ReekerKaizen.

Many teams have expressed interest in the german midlaner, including @IbaiLlanos’ #SuperligaLoL team @KOI.”

According to my sources, back to back #LEC champions @MadLions are set to bench @ReekerKaizen.

Many teams have expressed interest in the german midlaner, including @IbaiLlanos' #SuperligaLoL team @KOI.

Reeker joined MAD Lions in November 2021 from BIG ahead of the 2022 Spring Split. He came in as a replacement for Marek “Humanoid” Brázda who left the team for Fnatic.

William “UNF0RGIVEN” Nieminen is another newcomer who joined the team in November, but it seems like the organization is happy with his contributions. The Swede joined as the team’s shooter from SK Gaming.

It is clear that the organization does not think he is a great fit, especially after they failed to secure a spot in the playoffs. They finished seventh in the group standings with an 8-10 record, making them ineligible to feature in the playoffs or get a piece of the EUR $200,000 prize pool.

Although they won three consecutive games in Week 8, it was not enough to make up for the heap of losses they accumulated earlier in the competition.

For a team that won both seasons of the LEC in 2021, you can see why this is an unacceptable result, and they will be looking to stop the bleeding before things get out of hand. Although they have missed the Mid-Season Invitational this year, there is a chance they will make it to the 2022 World Championship.

While MAD Lions might be done with the 20-year-old, two Super League teams – Giants and KOI – are looking to snatch the Valorant player.

KOI has already started making big changes to its roster ahead of the 2022 Superliga. They have signed former Astralis top laner Matti “WhiteKnight” Sormunen and experienced coach Danusch “Arvindir” Fischer.

The Spanish team had a decent run in the Superliga Spring, finishing one spot out of the EU Masters qualification. With the quality of changes being made, there is a chance they will have a better campaign in the second half of the 2022 season.

Reeker is yet to have a long stint with any organization as the 20-year-old has moved around a lot. His longest campaign came during his time at BIG where he spent 17 months.

The 2022 Summer Split will not commence until June, giving MAD Lions ample time to figure out a winning formula.