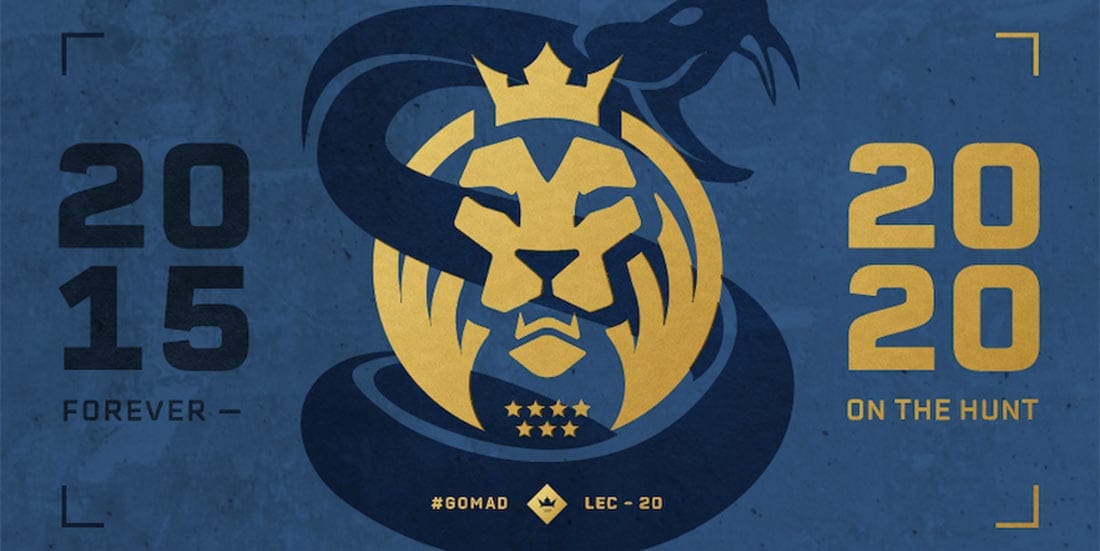 OverActive Media announced on Friday that the firm’s League of Legends esports team will change names from Splyce to MAD Lions ahead of the 2020 LoL European Championship season.

This news comes off the back of Splyce’s successful 2019 season, where they went above and beyond all expectations by producing one of the best seasons in the organization’s history. They finished fourth in the LEC Spring Split, third in the LEC Summer Split, and qualified for the LoL World Championship play-in stage.

Entering the Worlds as Europe’s third seed, Marek “Humanoid” Brázda and his team made it through the play-in stage as the top teams from Group B and further impressed in the main event, where they came out of the group stage tied with the eventual champions FunPlus Phoenix. While Splyce suffered a crushing defeat against SKT T1 in the quarter-finals, they still finished in fifth-eighth place alongside LoL heavyweights DAMWON, Fnatic and Griffin.

After losing most of their roster, Splyce decided for a complete rebuild which will allow them to start fresh under the MAD Lions banner.

With new talents joining the team, there is already speculation that MAD Lions could take on two LEC titans – G2 Esports and Fnatic. While it is too early to make any guesses, we have to keep in mind Splyce were known for fostering some of the best League of Legend players in the world, including Martin “Wunder” Nordahl Hansen and Mihael “Mikyx” Mehle.