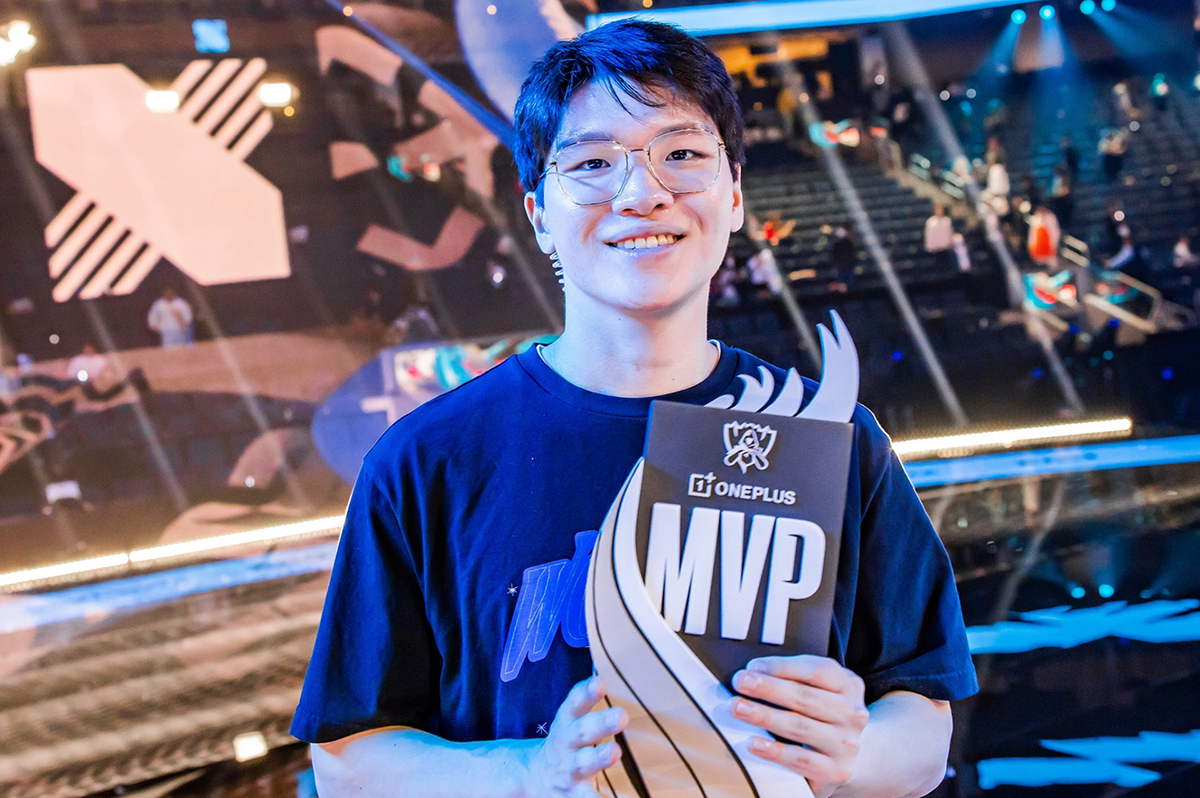 DRX top laner Hwang “Kingen” Seong-hoon has been awarded the Most Valuable Player at the 2022 League of Legends World Championship Finals after leading his team to victory at the League of Legends tournament earlier today.

The Korean team successfully concluded their redemption story by defeating all obstacles to claim the 2022 World Championship. Unquestionably the best Worlds finale ever and the best underdog triumph in esports history.

In the final match, DRX prevailed over T1, another team from the LCK, to take home the Summoner’s Cup. The botlanes of DRX versus T1 encounter received the majority of the attention from both teams.

However, Kingen’s performance was able to take the spotlight away from the others. Kingen was able to maintain his composure and often times take control of the top lane despite the fact that he was having to compete against Choi “Zeus” Woo-je, who was considered by many to be the strongest top laner in the tournament.

Despite the fact that Zeus dominated the first game, Kingen was still able to maintain his position in the lane and ended up with the most kills for his squad.

In game five, DRX gained an early lead in the laning phase after Kingen achieved a solo kill in lane against Zeus, giving them a competitive edge. The team continued their dominance on the top side and won the game through Kingen in the decisive match of the series, exactly as they had done in games two and four of the series.

According to the reports, he led DRX in terms of damage done per minute in three out of the five games that were played during the game.

Kingen was the driving force behind DRX’s success in this series, carrying the team to victory across all aspects of the game and showcasing his abilities with excellent laning and teamfighting. Kingen guaranteed the award for himself by performing exceptionally well in games four and five, accumulating a scoreline of 11/3/12 across the board, and taking the role of Aatrox in each of those matches.

Following his tremendous play throughout the series, Kingen noted that he was not surprised to learn that he had been selected as the series’ MVP.

“I kind of saw it coming, because whenever I head to game four or five I become a duelist,” Kingen saif during his award acceptance speech.

“I go all in or go home. I always look for fights. I become a beast.”

It is also important to note that Kingen is now the first top lane player to receive the MVP title at the World Championships since Jang “MaRin” Gyeong-hwan won the title in 2015 while playing for SK Telecom T1.

Kingsen also narrated his “grass to grace” journey from the beginning of the tournament, during which he revealed he got off to a disappointing start, which resulted in fans voicing their displeasure.

“Throughout the domestic league, I’m pretty sure I was underperforming,” he said.

“Unlike how I look, I actually hesitate a lot. A lot of fans were frustrated because I was not going for the aggressive plays, but heading into this Worlds, our coach Ssong, he always told me, ‘the one who hesitates is the one who loses,’ and that has become a motto for play.”