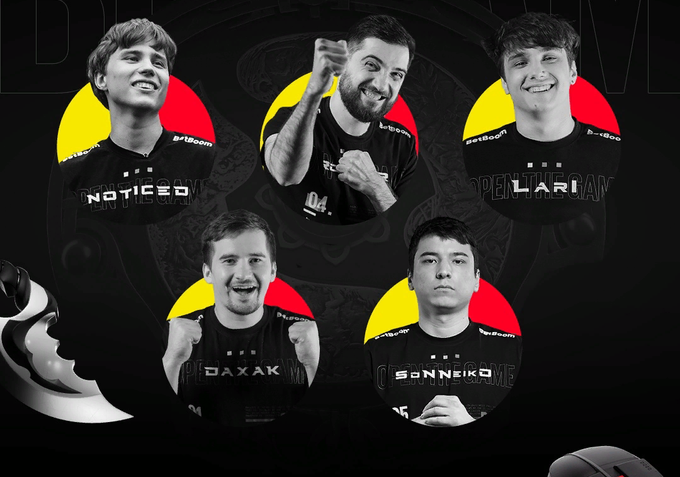 The Russian esports outfit and betting platform BetBoom have announced they are parting ways with the Dota 2 roster, which was acquired on April 18, 2022.

Today we say goodbye and thanks to roster of BetBoom Team 💔💛

We wish boys all the best and believe to see them again fighting on tier-1 scene ✊🏻And maybe – against another BetBoom Team🥺Thank you for being with us! 💪🏻

This comes just after the team came to the end of their run in the ongoing The International tournament, which will come to an end in a couple of days. After having a fantastic start in the competition and achieving first place at the TI Eastern Europe Qualifiers, the team’s performance at the Tier 1 TI11 came to an end with a 19th -20th place.

According to a press statement by team manager Luka “Lukawa” Nasuashvili, the esports group is grateful to their fans for the support during their brief Dota 2 run and is also grateful to be represented by skillful players.

“On behalf of the team, We would like to thank all the caring fans who have followed the guys and supported them throughout the year. There were ups and downs, there was the Stockholm Major and qualifiers to Arlington and, in fact, TI 11 itself. Throughout the year, the guys showed themselves to be absolute professionals in their field,” Lukawa said.

According to Lukawa’s account of the departure of the team, he said the partnership ended amicably, with both parties maintaining the friendship built.

“At the beginning, it was not clear whether such an approach would be better or worse than the classic organization. But from the very first days we saw how absolutely everyone in BetBoom is not indifferent to Dota, the community, and [team],” Lukawa said.

“We have come a long way together and in such a short period of time we have become true friends that we will continue to be.”

BetBoom made its Dota 2 debut early this year, with a long list of partnerships and sponsorships in Dota 2 events. Hence, since BetBoom is releasing their team, the organization needs to make some decisions regarding its own player roster. They do possess components that might pique the interest of a potential sponsor or a team that may want to collaborate with them.

Lukawa also spoke about the future plans of the organization, although he did not give specific details on the projects and their timelines. He noted that the organization will definitely be visiting the Dota 2 scene once more.

“In the near future, BetBoom will determine the vector for the further development of the BetBoom Team project. One thing is for sure – there are many more special projects within the framework of Dota in the plans. All in order to improve and make the scene better and brighter. Thank you for being with us!” he said.

When TI11 draws to a close, there will be a massive post-TI roster change that will affect every region and every Dota 2 squad. That nearly always implies that teams that do terribly at the tournament or do not make it to the event at all will be revamping at least one component of their squad. Hence, we should be expecting more roster changes in the coming weeks.