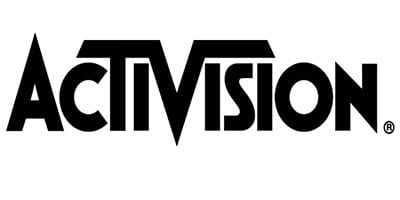 The Los Angeles Superior Court has filed a new sexual harassment lawsuit against Overwatch 2 developer Activision Blizzard. The recent case is in addition to the ongoing lawsuit the game developer is embroiled in against the state of California.

Doe also accused the game developer of sexual battery, gender discrimination, intentional infliction of emotional distress, and an inability to prevent harassment in the workplace.

The lawsuit shed light on the root cause of the issue, going back years to when the plaintiff first met Vega online. According to her, they both started a short virtual friendship where she sent some “compromising pictures” to him, which she regrets now.

Doe further revealed that Vega helped her secure a full-time job at Activation Blizzard years after the incident and was her manager at the company. The plaintiff alleged that while working under him, Vega constantly threatened to release the photos she sent him years back to the public.

Besides that, Doe claimed that the Activision Blizzard manager sexually harassed her, groped her, and tried to kiss her on several occasions. She added that he insulted her during her time with the company and promised that “one day you’ll give in.”

After receiving constant harassment and blackmail threats, Doe reportedly took the cast to the higher-ups, and Vega was released from his position with Activision Blizzard a month later. Doe’s reason for the lawsuit is apparently because the game developer did not take immediate and corrective action for the situation.

Due to Activision-Blizzard’s failure to act quickly, she claimed that the company was ratifying the former manager’s behavior towards her during his time with them. The lawsuit alleged that Vega “never missed an opportunity to make her feel small.”

As a result, the lawsuit is seeking punitive damages, compensation, as well as the ousting of the Chief Executive Officer of Activision-Blizzard, Bobby Kotick. The CEO was previously accused of allegedly failing to report sexual harassment claims that were reported to him or that he knew about during his time with the game developer.

Shortly after news of the Doe lawsuit circulated, Activision Blizzard put out a statement concerning the situation where they revealed that they took every complaint by an employee seriously and had immediately launched an investigation after Doe filed the complaint.

“We take all employee concerns seriously,” the game developer wrote.

“When the plaintiff reported her concerns, we immediately opened an investigation, and Mr. Vega was terminated within 10 days. We have no tolerance for this kind of misconduct.”

Aside from the Jane Doe lawsuit, Activision Blizzard is currently dealing with a similar case by the Department of Fair Employment and Housing in California, now known as California’s Civil Rights Division.

The lawsuit was filed in July and alleged that the company had traces of a “frat boy culture.” It also claimed that there were several cases of discrimination against female employees. The company, however, strongly denied all allegations the DFEH lawsuit put forward.

When the lawsuit was filed, Activision Blizzard attempted to have it dismissed. However, the presiding judge ruled against it and allowed the case to proceed. The DFEH lawsuit will officially begin trial in 2023.

The game developer had a similar lawsuit previously filed by the U.S. Equal Employment Opportunity Commission. It was eventually settled out of court for $18 million.

The numerous lawsuits come at a time when the organization is trying to close a deal with Microsoft. The former president of Activision Blizzard, J. Allen Brack, and Claire Hart, the Chief Legal Officer, notably left the Overwatch 2 game developer last year after a wave of litigation.