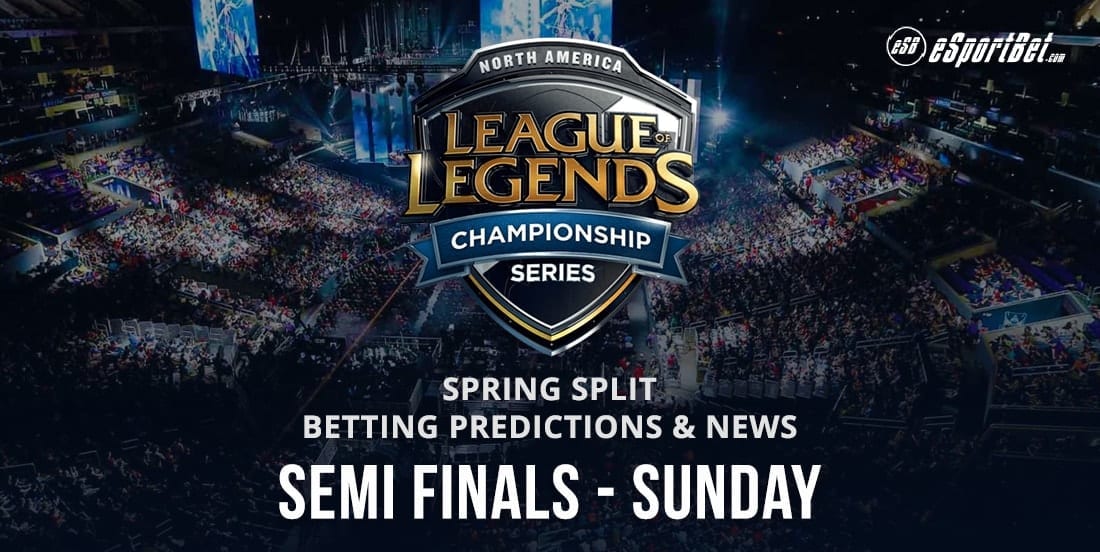 Off the back of last week’s upset, Clutch Gaming looks incredibly strong with every person understanding their role. CG easiliy adapted and overcame challenges between games and pulled off a 3-1 victory. On the flipside, 100 Thieves managed to oust FOX in their last minute run to the top of the standings. Backed by Aphromoo’s shotcalling, Cody Sun’s stellar performance and an overall powerful string of all stars, 100T will be fighting with the benefit of a fortnight’s preparation.

Priorities: Cody Sun and crisp rotations are the name of the game for 100T. They boast an ADC heavy play style that is focused on allowing Cody Sun to pop off in the game. That is heavily supplemented by the team rotational play, allowing for objectives to be taken in a quick an efficient manner while whittling away at their opponents’ ability to secure neutral objectives like baron or vision control.

Top Players: The standout would have to obviously be Cody Sun, but he has been the recipient of a lot of attention throughout the split. Aphromoo is still widely talked about but has not been praised enough for his behind the scene shotcalling that has made him a force to be reckoned with on former team CLG. Ssumday also deserves some credit here, showing a great improvement to his ability to soak and disperse jungle pressure from the top lane and not allowing too large of a snowball to occur.

Weaknesses: In most of 100T’s losses, the main factor that was repetitive was Meteos’ inability to influence lanes. Through sufficient ward control and tracking of Meteos, 100T will be forced into a lane by lane matchup. This would not be a problem toplane, but midlane and botlane if left to their own devices could suffer, as Hakuho is coming off a fantastic week and Febiven continues to flaunt his mechanics.

Clutch Gaming: The low down

Priorities: Perhaps the most important thing for CG right now is their mindset coming into this week. They just upset TSM, the most prolific NA team in the history of the NA LCS. Hakuho, Apollo and LirA played out of their minds. If they can retain this momentum and replicate picks and bans as they did versus TSM, CG will be incredibly dangerous to face.
Top Players – A standout performance would have to be from the duo botlane of Hakuho and Apollo. Apollo had a total of 2 deaths versus TSM and put up a crazy amount of damage, making him the main carry in the series. Hakuho was left unchecked for three games. Not once did TSM think to themselves to switch up picks and bans to prevent Hakuho from going to town on Thresh. Granted, LirA and Febiven still played their top level gameplay, but the bottom lane definitely deserves recognition for their stellar play.

Weaknesses: CG has also shown they are not invincible – game 1 in their TSM matchup went heavily towards TSM. The main source of this was rotational play through champion skills. CG is not necessarily better or worse than other pro teams when it comes to rotations, but when it comes to controlling tempo, their team comps tend to veer away from global pressure such as Shen, Taliyah and Tahm Kench.

Both of these teams are new organizations who aim to make a name for themselves, and cementing their name in the rafters of the Riot Battle Arena would be a great way to start off their legacy. Both teams have specific lanes they want to influence, with most of the pressure being placed on Meteos and LirA to make plays happen. All things considered, 100T is still a vastly stronger team on paper, being the 1st seed versing the 6th seed. Clutch Gaming truly needs a clutch series to pull off this upset.

If you are in North America, read our USA betting sites page, to find the best place to place a bet. Or visit our betting sites page if you are from elsewhere.
0 0 vote
Article Rating
Tags: 100 Thieves, Clutch Gaming, League of Legends, US