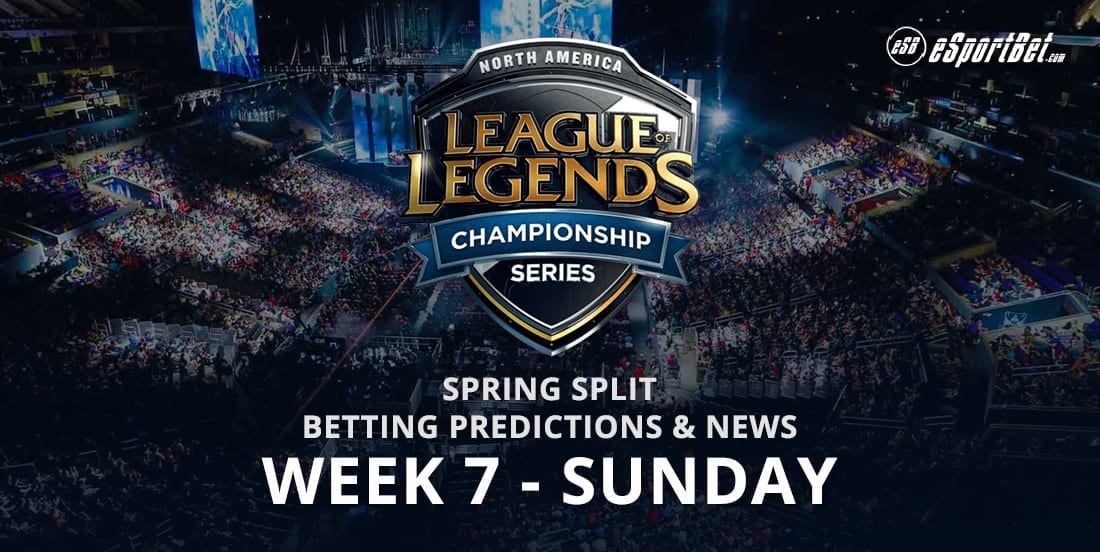 Coming into day 2 of week 7, there is not much time for these teams to change in order to guarantee a playoff spot. Last place GGs need to shore up some crucial wins in the coming weeks, whereas Echo Fox must stave off the hungry mouths of C9, 100T, CG and TL. Nothing is set in stone, but this and next week will be where lines are drawn, teams are eliminated and seeding determined.

TL’s Doublelift versing his team of years past, CLG. Not necessarily a grudge match, but undoubtedly an old matchup, both teams desperately need a win; TL to shore up their upper 6 spot while CLG to stretch for the same territory.

The game plan should quite straightforward for TL – abuse the jungle and top, outpressure the midlane and hold the botlane until a massive gank timing revelas itself. The mid and bot lanes are the weakest matchups for TL, but ‘weak’ is an overstatement – Pobelter, DL and Olleh are not necessarily stronger than their counterparts but can at minimal hold the line. Xmithie should not have a difficult time tracking and matchup Reignover’s pressure considering CLG’s lack of jungle coordination.
CLG have yet another difficult matchup should they want to climb in the standings. Huhi is a proven and stable mid laner despite his KDA and it truly the catalyst to most of CLG’s plays. Relieving pressure off mid lane to allow map influence should be CLG’s final goal. Stixxay has had deep shoes to fill after DL’s departure and has done so quite admirably, but now has to teamfight against arguably the top 3 botlanes in NA.

When all is said and done, TL are the incredibly heavy favorites in this game. Discord among CLG’s planning and execution has plagued them this season, and with warding and vision issues atop that, CLG’s coordination will need to be flawless to get the V.

Game 3 – 2PM PST/ 5 PM EST
100T has been an amazingly consistent team that started off shaky but ended up as the top 6 teams as of today. TSM on the other hand are following in the same footsteps, only at a delayed time interval. Will 100T be able to best the most known LoL team in NA or will TSM continue their upward trend to the playoffs?

Playing around Cody Sun has been 100T’s strategy, but the real battle against TSM will take place in champion select. Banning out Bjergsen and MikeYeung is of utmost importance or else they will experience the terror that is the old fashioned mid jungle duo queue. Past pick/ban and into the game, TSM does not boast the best objective control. If 100T can successfully exploit objectives and out teamfight TSM at chokepoints, an easy win should await them at the end of the day
TSM conversely need to guarantee that Zven and Mithy do not just get run over by Cody Sun and Aphromoo. Aphromoo’s shotcalling is near legendary, so taking away hard engage champs such as Alistar, Sejuani, Rakan and the such from 100T inhibits their playmaking ability. Hauntzer desperately needs to become a viable focal point for TSM whether that be pressure, TP ganks or frontlining. MikeYeung and Hauntzer have to just go even in their respective roles for TSM to have a chance to win their other lanes.

100T have not been a large disappointment for the Cleveland Cavaliers. Through the initial team composition and staff backing the team, they have earned their third place spot coming into this week. As such, 100T are favorited to win, but this game will be a slugfest between up and coming and battle hardened veterans. 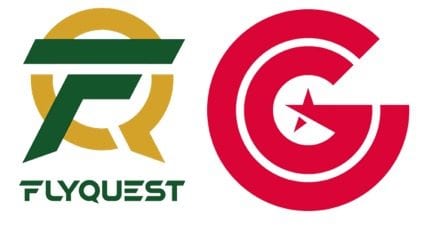 Game 5 – 4PM PST/ 7PM EST
FlyQuest and Clutch Gaming may not be similar in team caliber or standing, but if FQ can take a game off anybody they have this week, it would be off of CG. FQ have been struggling in the split, with a team that is frankly average at best. CG have in turn boasted some of the most coordinate plays among the higher teams, most members averaging around the 75% KP.

FLY’s Fly is still relatively new to the scene and has been playing decently. Against Febiven, an A game of 110% effort will be necessary to oust the top 3 midlaners in NA. Frankly put, Fly, WildTurtle and Flame need to step up their game with their best champions. Anda and Stunt will similarly have to be on top of the shotcalling, so this entire game for FLY is based off in game execution.
CG on the other hand simply needs to deny the aforementioned champions to FLY. By drafting a good pick and ban phase, CG will innately have the advantage in most lanes barring top, where Solo could be somewhat of a loose cannon. There is no doubt Febiven will perform amazingly, but the big question is will Lira be able to follow suit.

FLY and CG’s match may not be close or exciting as well, but this game may be the closest of the three remaining matches not discussed in this article. As expected, CG is favored to come out on top and secure their top 6 spot even further.

Best bet: Back Clutch Gaming to win at -175.44 with BetOnline