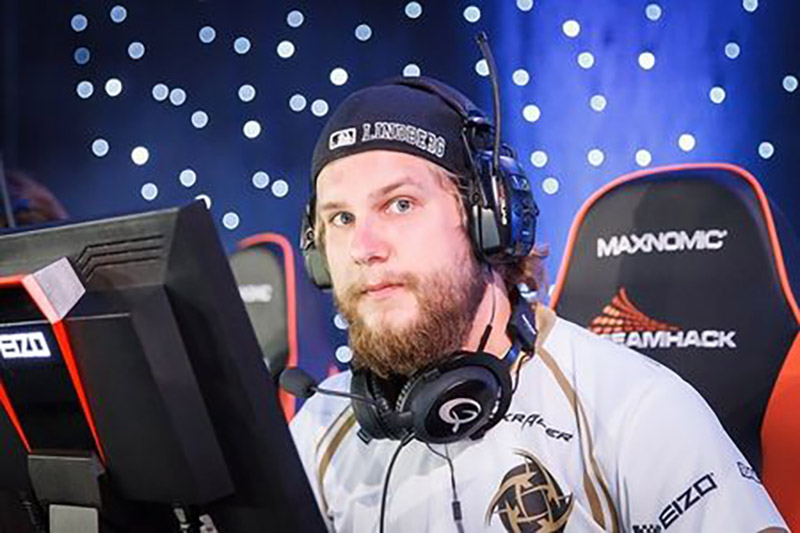 Patrik “⁠f0rest⁠” Lindberg will reportedly stand in for Rasmus “⁠kreaz⁠” Johansson in ex-Finest’s lineup for the Svenska Cupen 2022. The LAN event, which will run from October 14 through to October 16 in the Space Arena, Stockholm, Sweden, boasts a $46,900 prize pool.

The famous Swedish player made the announcement in a recent stream, revealing his temporary return to competitive Counter-Strike: Global Offensive. He explained that he wanted to help the team during the LAN tournament and described the partnership as a win-win situation.

“I’ll be helping I believe it is Team Finest,” f0rest said.

“They’re lacking one player, and I’m going to help them out in this tournament [Svenska Cupen 2022]. I don’t mind, though, it’s LAN, and I get to play a little bit. It’s a win-win [situation].”

F0rest’s time as ex-Finest’s substitute will see the player reunite with fellow Swedish gamer Simon “⁠twist⁠” Eliasson, whom he played with on Ninjas in Pyjamas’ roster.

Kreaz notably stopped playing with ex-Finest’s team when Finest put a hold on their esports operations at the start of October. The lineup lost the backing of the Israeli organization when they put an end to esports-related activities after a number of essential investors left the business.

F0rest is currently a free agent as he is without a team for the first time in his two-decades-long career as a pro gamer. The player was previously a member of Ninjas in Pyjamas as well as Dignitas. However, he parted ways with the latter in June this year.

After Dignitas released their roster, f0rest was left without a team, but he has not remained inactive. The CS:GO legend temporarily joined Fnatic during the Pinnacle Cup Championship in June, and with his help, the European team were able to secure a narrow victory against Heroic in the tournament’s group stages.

F0rest also returned to his former team, Ninjas in Pyjamas, and played with his previous teammates, Adam Friberg and Christopher “GeT_RiGhT” Alesund. At the time, the team were playing to qualify for the Europe Regional Major Ranking (RMR) of the 2022 IEM Rio Major.

In September, the Swedish player played for NEO’s squad during the Kinguin Legends 2022 tournament. The team were able to finish in third place alongside several famous veteran players, such as Adam “⁠friberg⁠” Friberg and Olof “⁠olofmeister⁠” Kajbjer.

In addition to streaming regularly on Twitch, f0rest has also continued playing in PUBGs to keep up.

The Svenska Cupen 2022 will feature six Swedish teams, of which two franchises qualified during the Cup’s online component. The rest of the competitors were sent invites to participate directly in the event’s playoffs.

PROSPECTS, Kappa Bar, and Lilmix will start the tournament in the knockout stage’s first round. PROSPECTS and Kappa Bar made it into the event via its online category. The LAN finals will reportedly feature a single-elimination format as well as best-of-three matches across the board. The event will also have a third-place decider.