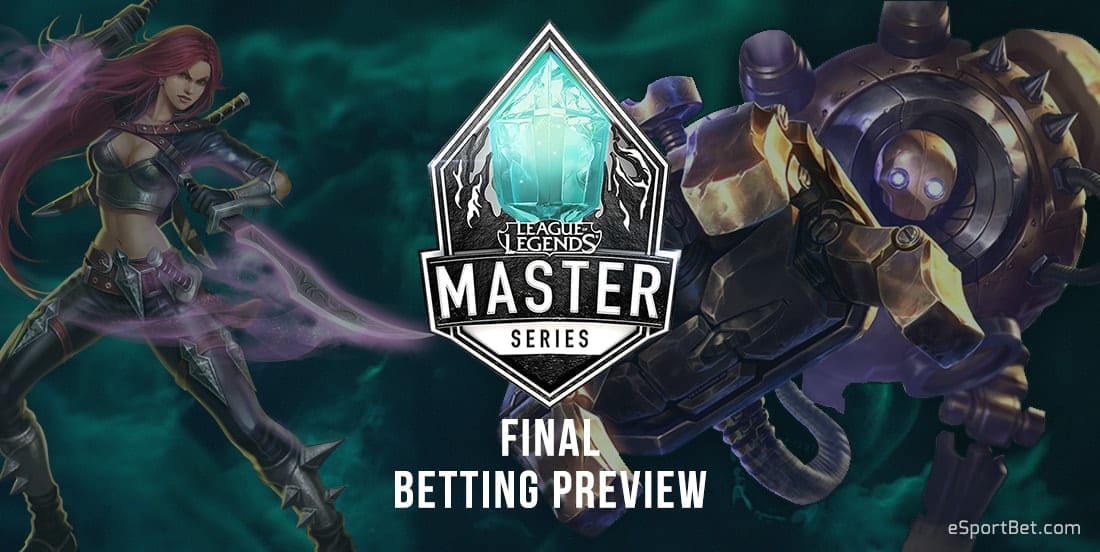 This spring’s League Masters Series will be ending on Sunday, in a final clash of giants at the famed Studio City in Macau. All the teams have fallen prey to either the regular season or the playoff bracket, and only two of the strongest remain: the league’s quadruple champions Flash Wolves, and the young challengers G-Rex.

MORE TIPS: ESPORTS PREDICTIONS
GUIDE: HOW TO BET ON LOL

Taiwan’s Flash Wolves were the absolute kings of LMS over the past few years, winning four titles in a row without even facing a serious challenge. Before the split, concerns were raised over whether the team will be able to function after losing their jungler and long-time captain Karsa, but the Wolves didn’t even blink. Their new jungler Moojin has been tearing the league apart from day one, and is one of the team’s main strengths.

Mid laner Maple is still a great carry player prolific with the current power picks: his Azir remains undefeated this year, and his Ryze is known world over as one of the scariest rivals to face in the middle. ADC Betty has stepped his game up from last year, finally expanding his champion pool with some hard-carry picks (though Varus is still his favourite). SwordArt has been the best support in the league for a while, and his efficiency on both heavy engage and ranged healer champions provides Betty with big leads in lane and safety in teamfights.

FW’s main discovery this split is the fantastic rookie top laner Hanabi, who excels at carry champions that are currently heavily contested. Hanabi has been popping off in teamfights, and G-Rex will have to stop him in order to take the throne.

G-Rex, on the other hand, play an explosive, attractive and team-focused style, that was an enigma for the rest of LMS teams over the season. The squad from Hong Kong uses both their mid laners effectively, switching strategies from game to game, and changing carry duties from top to middle or middle to ADC like it’s nothing. Composed teamfighting and fantastic synergy give the newcomer squad huge power in the mid-game, which Flash Wolves will have to deal with if they want to stand a chance.

G-Rex’s main star is Samsung Galaxy’s former ADC Stitch, who likes to play reserved in lane, but then becomes the focal point of his team once the laning phase ends.

This series is not going to be a one-sided stomp, and it’s not easy to predict a match between such dominant teams. Flash Wolves might have an edge here, due to their individual prowess and experience in big matches, but G-Rex will surely put up a fight. I believe in the Wolves to take their fifth consecutive title and go to MSI once again.