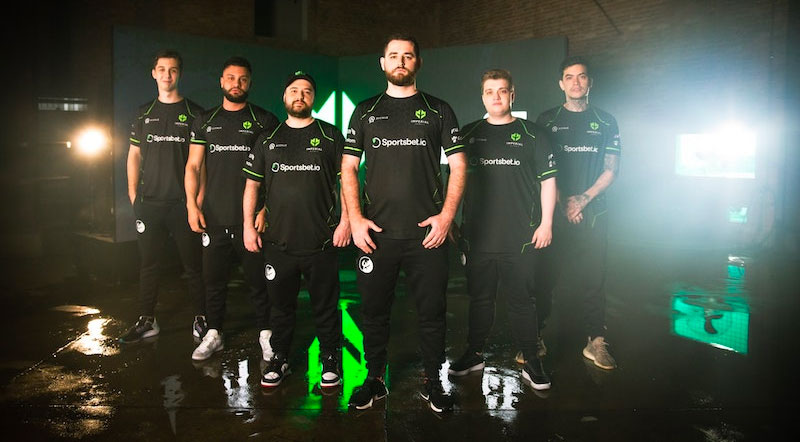 Complexity Gaming are officially out of the running for the 2022 IEM Rio Major after losing to Imperial in the sixth-place decider match on Sunday. Both teams faced off in the last Counter-Strike: Global Offensive game of the Americas RMR, and Imperial emerged the winner and earned the last spot in the IEM Rio Major.

The 24th and final team to qualify for the 2022 Rio Major: @imperialesports.

Going into the game, the top esports betting sites could hardly split the pair, with some bookies giving Complexity slight favoritism at -116.28.

Imperial dealt the first blow, winning a close game on Inferno (16-13). However, the Brazilians lost on Nuke (11-16), but solidified their win on Overpass (22-20) in extra time. Due to the win, Imperial will move on to the Challengers Stage of the Major, which starts in the team’s home country on October 30.

Inferno saw Imperial take the lead at the start of the map after securing the pistol round on the offense and reaching 5-1. Complexity then came alive and won two rounds, but the South American side did not give them any room for more wins. In the last round of the first half of the map, Fernando “⁠fer⁠” Alvarenga and Vinicius “⁠VINI⁠” Figueiredo were able to convert a 2v5 situation and end the half at 11-4.

The sides were switched in the second half of the map, and Complexity won six consecutive rounds and almost passed Imperial in the lead. The Brazilians adapted to their opponents’ playstyle, however, and the two teams started trading rounds.  Imperial were finally able to win 16-12 on the map after their in-game leader, Gabriel “⁠FalleN⁠” Toledo, won several rounds while making use of the Big Green.

The squads moved on to Nuke, Complexity’s map pick.   Nuke started with Complexity on the Terrorist side and a speedy climb to a 3-0 lead. As a result of the close nature of the rounds, Imperial were able to use one round win to break the NA team’s economy. They continued in the lead throughout the first half and had the upper hand in the economy.

The second half of Nuke started with both teams trading rounds until they tied at 11-11. Complexity won five consecutive rounds on the back of Ricky “⁠floppy⁠” Kemery, who executed an impressive 1vs3 clutch and ended the map with a 16-11 score.

Tied at 1-1, the match extended to a third and final map on Overpass.  It was a full-out brawl between the two teams and lasted an astonishing 42 rounds before finally coming to an end with Imperial’s 22-20 win.

Imperial’s rifler, Marcelo “⁠chelo⁠” Cespedes, started Overpass with an amazing 15 kills in the first seven rounds. His team moved up 5-1 and remained in the lead for the entire half of the map due to the efforts of FalleN and chelo. The players converted a 2v4 situation, which helped solidify Imperial’s position and ended Overpass’ first half with a three-round lead.

Complexity started the second half with a pistol-round win and converted it to a lead. Imperial were able to earn a win of their own after FalleN secured an ace on the A site.   The franchises engaged in a lengthy back and forth which saw Complexity’s Justin “⁠FaNg⁠” Coakley win two clutches. FalleN and chelo were also keeping their team in line on the CT side.

The final map featured several impressive performances from the two CS:GO teams. Chelo earned the highest rating with a 1.26 score as well as a 79-62 K/D. FalleN was not far ahead, attaining a 1.23 rating and a 71-52 K/D.

"He brought us to the major."@chelok1ng with 40 kills on Overpass to get @imperialesports to the #IEM Rio major. pic.twitter.com/K7ASzXlp5f

Imperial’s FaNg was also incredible on the map and performed several round-winning clutches. He finished the match with a 1.08 rating and a 70-68 K/D.

Imperial finished the IEM Road to Rio Americas RMR Swiss round with a 3-2 record after beating TeamOne, Nouns, and Isurus. They then won consecutive best-of-three series against paiN Gaming and Complexity to clinch the final spot in the IEM Rio Major 2022 field.