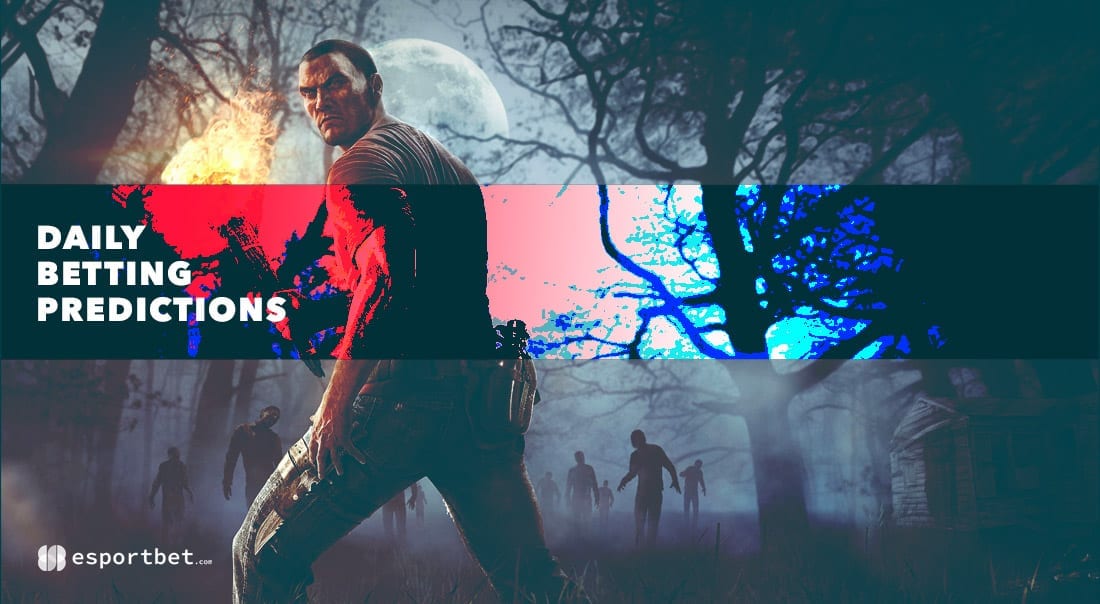 After hitting four out of five and earning 3.66 units of profit from our esports betting predictions for Saturday, ESB is back with another set of best bets and odds for Tuesday. This edition focuses on two StarCraft II fixtures at the WardiTV Invitational 11, as well as three Dota2 bouts taking place across EPIC League Division 2 and the second season of the CDA-FDC Professional Championship.

Park “Armani” Jin Hyuk and Cho “Trap” Sung Ho will clash in the opening match of Group D at the WardiTV Invitational 11. It will mark their first clash since The Falling Leaves Invitational, where Trap won two series with 2-1 and 2-0.

Historically, Armani does well against Trap (45.83% win rate), but he has lost all of the last five meetings with his compatriot. Trap is also in great form and holds a 56.8% Protoss vs Zerg record, which makes him a good value bet despite the shorter odds.

Like the opening WardiTV Invitational 11 Group D fixture, this one seems very one-sided, although there are some arguments to be made in favour of Li “TIME” Peinan. The last meeting between he and Lee “INnoVation” Shin Hyung was last week, when TIME swept the Korean SCII superstar to take his head-to-head advantage in 2020 to 5-3.

INnoVation is still a great player, but he has not been too sharp of late and has managed a rather poor 2-4 record this month. Anything above +160 on TIME is a good bet and can be paired with an outright bet on Trap for an accumulator which pays out at around +230.

Live to Win have not played a single match since their loss to Yellow Submarine during the EPIC League qualifiers, whereas Alexander “TORONTOTOKYO” Khertek and co. have played three games and won only one. Last week Yellow Submarine lost against mudgolems (1-3) and Just Error (1-3), to which they added a convincing 2-0 win against Cyberium on Saturday.

Even though LtW recently lost to Yellow Submarine, they have previously beaten 5men, Winstrike, Ninjas in Pyjamas and Tempo Esports, which is enough for us to believe they can steal at least one map.

Winstrike Team enter this bout with a 3-2 record which includes losses to Yellow Submarine and Live to Win as well as a 2-1 win against Nemiga Gaming. Ninjas in Pyjamas are 2-3 in their last five, with losses against the same two teams and a 2-0 win against Nemiga.

Even though the teams have shown similar form, the esports bookmakers are pricing NiP at only -526.32, which makes no sense. That is not to say Winstrike are guaranteed to win, but unless NiP step up their game, the underdogs should win at least one map.

Invictus Gaming are in terrible shape and lost to PSG.LGD three weeks ago during the first season of the CDA-FDC Professional Championship. They have since failed to produce anything noteworthy besides their three-map loss to Elephant.4AM.

PSG.LGD hold a near-perfect 9-1 record since early October. They have bested some of the strongest Chinese Dota2 teams in that run, defeating the likes of 4AM, EHOME and Royal Never Give Up this month alone.

The odds offered on PSG.LGD are fairly low, but we expected them to be even shorter. Some Dota 2 betting sites are offering as much as +109 on PSG.LGD to win 2-0, which is way over the odds considering they swept IG in each of their last two meetings.