Following Team Secret’s success over Virtus Pro in the Chongqing Major Grand Final, we’ve got a new set of points and rankings in the Dota Pro Circuit (DPC) table. 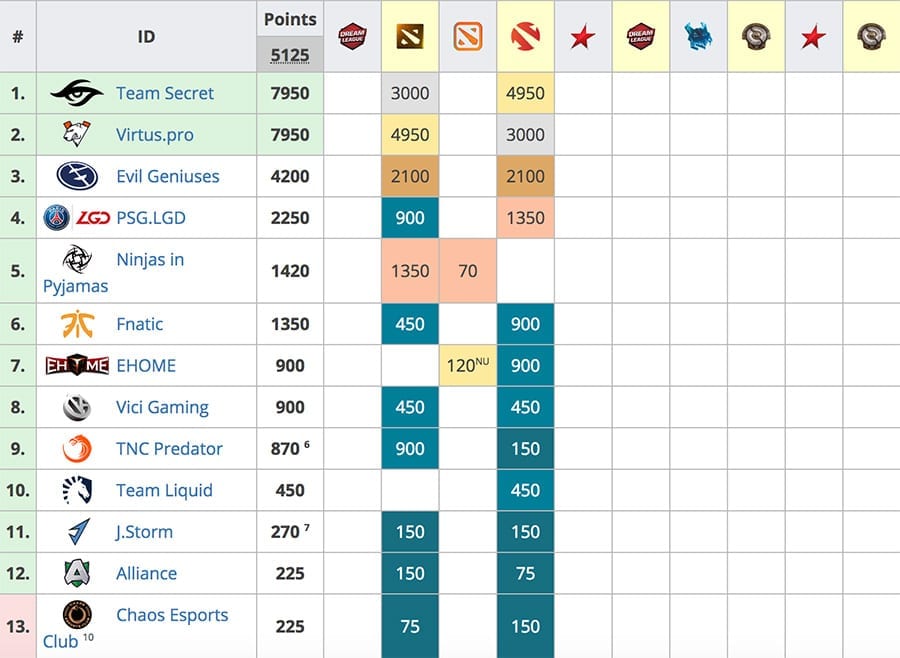 Both of the squads have qualified for The International 9, which is huge as it allows a long break until the main tournament held in Shanghai, China.

Evil Geniuses sit in third place. They placed in third in both the Kuala Lumpur Major and Chongqing Major, receiving 2200 in both of those efforts.

Ninja In Pyjamas sits in fifth place thanks to the 1350 points they picked up in the Kuala Lumpur Major.

Vici Gaming obtained 450 in each of the Kuala Lumpur Major and the Chongqing Major, keeping them in eighth place on the table, equal with EHOME.

TNC Predator earned 900 DPC points in Kuala Lumpur Major, but was given a penalty of 20% of those points because of Kuku’s Ching Chong Scandal. So, they only had 720 DPC points before entering Chongqing Major. After they placed at 9th-12th in Chongqing Major, they earned another 150 DPC points and currently hold 870 DPC points.

Team Liquid, the newcomer to the ranking board, also holds 270 DPC points after being deducted 40% of the points they earned in Chongqing Major due to Shadow standing in for Miracle.