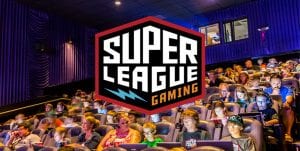 Nickelodeon and several other high profile businesses have invested $15 million into global esports community-building platform Super League Gaming, the first step into the world of competitive professional gaming from the children’s television broadcaster.

With the $15 million, Super League Gaming plan to expand across sixteen more cities in the U.S. and internationally in Europe and China.

Founded in 2014, Super League has raised $28 million and hosted friendly Minecraft competitions for over 30,000 kids over six seasons of play. Since 2016, their partnership with Riot Games has lead to multiple League of Legends casual esports events meant for friendly play and socialising.

EVP of digital business at Nickelodeon Matthew Evans said: “We are excited to enter the world of eSports through our relationship with Super League, which has a loyal and growing fan base of kids.”

“Nickelodeon is interested in eSports because gaming is an important passion point for kids today, and forging this partnership with Super League puts us at the forefront of where kids will be playing next.”

Considering the younger demographic drawn to SLG events thanks to its focus on friendly casual League of Legends and Minecraft play, the partnership with Nickelodeon makes sense and we only hope to see further investment from mainstream broadcasters and companies to further push esports into the limelight.