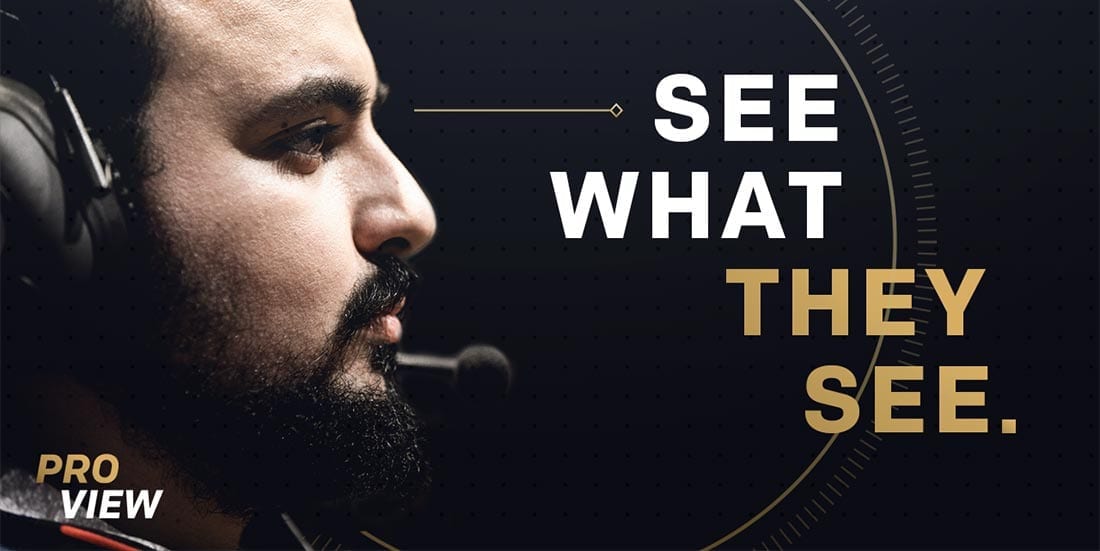 Riot Games has announced a new streaming feature which, among other things, will allow fans to watch their favourite League of Legends esports players in first-person POV mode.

Starting with the Summer Split in NA and EU, Pro View will give watch.lolesports subscribers much greater control over their viewing experience.

The new streaming product was a long time coming, with fans demanding more customisation for a while now.

Pro View will include several features that are expected to fulfil the needs of even the most demanding LoL viewers, such as:

– Point of View streams of every player in every game.
– Advanced Timeline: kills, tower takedowns and all other big moments marked on the timeline, which will allow viewers to rewatch them as they please.
– Multiview: watch up to four synchronised streams at once during live games and VODs.
– Watch with Friends: share personalised Pro View URLs to synchronise your timeline with friends.

Pro View will only be available for LCS and LEC at first, with more to be added in the future. Riot has also promised to add more languages and additional content as time passes, depending on the feedback from the community.

League of Legends fans will be able to purchase Pro View via watch.lolesports, with all the proceeds going directly to supporting the two featured leagues (LEC and LCS). The Regional Access package will cost €14.99 (24.15 AUD), while the All Access package will go for €19.99 (32.20 AUD).

According to Riot Games, this is just the latest example of the company’s commitment to the long-term success of LoL esports.

“It’s critical that as our sport grows, teams and players share in that success,” Riot said in a statement.