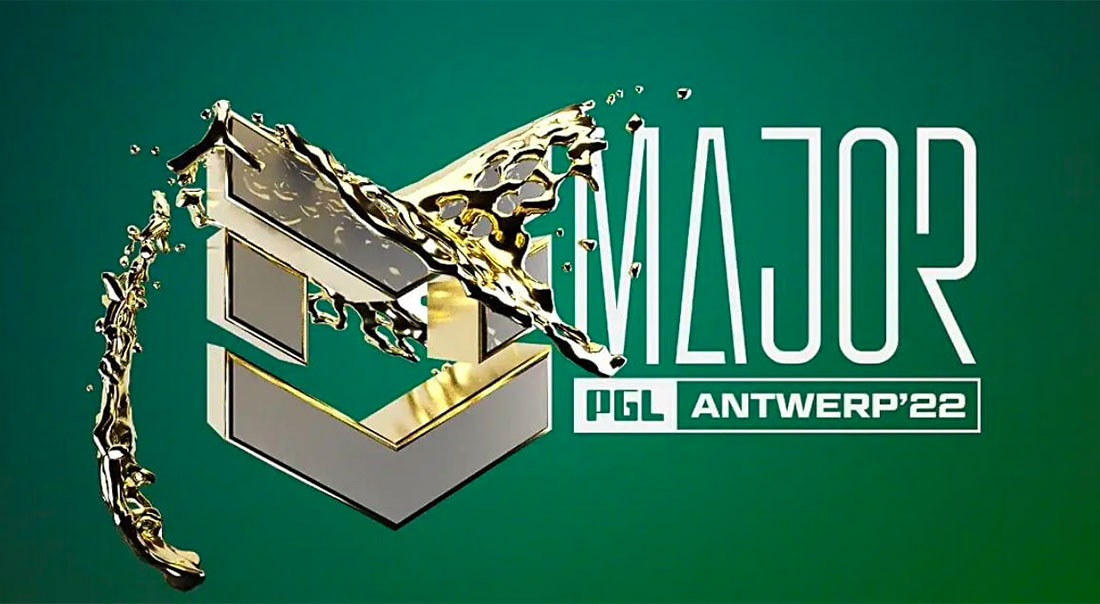 The PGL Major Antwerp Legends Stage and Main Event kick off on May 14 with five rounds of a Swiss format. Here are our best bets for every best-of-one game on the opening day of the tournament, with odds from BetOnline.

Copenhagen Flames qualified straight into the Legends Stage of the PGL Major by winning the European RMR B finishing undefeated at 3-0. The Flames’ results have been up and down lately and therefore their ranking has been hovering between a low of 18th and a high of 12th in the world rankings this year. A very good result at the Major could be what the team needs to boost their confidence and ranking.

Bad News Eagles had to go through the Challengers Stage after they finished in seventh place in the same RMR as Copenhagen Flames. During the Challengers Stage they were able to secure their Legends Stage qualification after taking down MiBR in a very competitive win-or-go home best-of-three 2-1. For BNE, making the Legends Stage is a massive achievement so anything that they do now will only add to this achievement.

We suggest taking the overs in the total rounds market, where the line is currently set at 26.5 rounds.

Heroic qualified for the Legends Stage by winning the European RMR A finishing undefeated at 3-0. Outside of their underwhelming performance at the ESL Pro League 15 where they finished 9th-12th, Heroic have not finished outside of the top four in any event that they have participated in this year, so we expect to see Heroic getting through the Swiss rounds and going deep into the PGL Major in Antwerp.

Team Liquid had to go through the Challengers Stage after they could only manage a fifth place finish in the Americas RMR. On their way to the Legends Stage, Liquid took down their North American counterparts, Complexity 2-0 with relative ease. Liquid then caused one of the biggest surprises of the whole event so far, taking down Astralis 2-0 to qualify for the Legends Stage and knock the Danish giants out.

We think Heroic will get the job done here, so we will be taking them at the rounds handicap of -3.5.

Cloud9, who were known as Gambit and Players in the last few months, will begin a new era in CSGO at the Legends Stage of the PGL Major in Antwerp. They will enter on a three game win streak and the roster has won six of their last seven series over the past seven weeks. Cloud9 (as Players) finished second in the European RMR B behind Copenhagen Flames, but they finished undefeated at 3-0 to qualify straight into the Legends Stage.

Outsiders were just able to qualify for the PGL Major finishing in the last Challengers Stage qualifying spot in eighth, in the European RMR A. Outsiders were one of the four teams that were ranked inside the top 10 in the world that participated in the Challengers Stage, and they along with G2 and ENCE did what they had to do qualify for the Legends Stage, whilst finishing in the 3rd-5th position.

This could one of the best matchups in round one, with both CIS teams coming up against each other and both are ranked in the top 10 in the world. However, we will be taking the favourites, Cloud9, at the rounds handicap line of -2.5.

Ninjas in Pyjamas finished third in the European RMR B to qualify straight into the Legends Stage of the PGL Major. Since adding Ludvig “Brollan” Brolin back in March of this year, the team has won 11 of their last 14 series finishing 3rd-4th at both of the ESL Pro League and European BLAST Premier Spring Showdown. The Ninjas will be looking for another solid performance at the PGL Major as their 5th-8th place finish at the PGL Major Stockholm last year was the best result the organisation has recorded at a Major event.

Vitality had to go through the Challengers Stage to qualify for the Legends Stage after they could only manage a sixth place finish in the European RMR A. Although they only managed sixth in the RMR, Vitality came out looking like a refreshed team as they only needed three series to go 3-0 and qualify in the top two from the Challengers Stage. Vitality have slipped outside of the top 10 in the world rankings for the first time since June of 2021, so they will be a team on a mission in Antwerp.

This is another cracking game that we believe could go either way. Therefore, we will be taking the overs in the total rounds market.

The top-ranked team in the world and the winner of both IEM Katowice 2022 and ESL Pro League 15 will kick off their PGL Major event against the team they beat to win ESL Pro League, ENCE. FaZe Clan haven’t been unbeatable, however; even though they have won the past two S-Tier events, they only finished third in the European RMR A to qualify for the Legends Stage. FaZe will have to be on their game because most of their losses in their most recent events have come from their opening three matches.

ENCE will begin the Legends Stage as the third ranked team in the world, after they finished in 3rd-5th in the Challengers Stage winning their qualifying series 2-1 over Bad News Eagles. Since losing to FaZe Clan in the grand final of the ESL Pro League, ENCE have only lost three of their last 12 series and they won the European BLAST Premier Spring Showdown. ENCE will be out for some early revenge against FaZe and they will want to keep up the winning form they will take out of the Challengers Stage.

We will be taking the overs in the total rounds market, where the line currently sits at 26.5.

FURIA won the Americas RMR to qualify straight into the Legends Stage. FURIA has recorded some great results this year where they finished 3rd-4th at ESL Pro League 15 and they finished second in the NA BLAST Premier Spring Showdown. Now with FURIA currently sitting in seventh in the world rankings, they may still be a bit of a dark horse for a lot of people to go deep in Antwerp and they have definitely have the talent to do so.

Team Spirit snuck into the Challengers Stage by finishing eighth in the European RMR B in the last qualifying spot. Through their run in the Challengers Stage, Spirit took down Imperial, Eternal Fire and Astralis and took G2 to one overtime even though they lost to G2. Not many people expected Team Spirit to get through to the Legends Stage, but since they are playing some great Counter-Strike, they may surprise some more people in the Legends Stage as well.

FURIA will want to get off to a winning start, so we will taking the favourites at the rounds line.

The qualification process for BIG has been one of the longest for any team at this Major, as they had to qualify for the European RMR through a Closed Qualifier that they won and then they had to go through the European RMR B where they finished second, qualifying them straight into the Legends Stage. The last S-Tier event that BIG participated in was the ESL Pro League 15 where they could only manage 13th-16th place, so this Major will be another step up from what they have been competing in.

Imperial finished third in the Americas RMR which gained them the qualification into the Challengers Stage. After they lost two of their first three series, Imperial had to win two in a row to make the Legends Stage and they did exactly that beating two of their Brazilian counterparts 9z and MiBR in back to back series.

Both of these teams will be entering their first or second S-Tier events for the year, so there this could be a very interesting best-of-one. We will taking the unders in the total rounds market, as this match could be a quick one either way.

NaVi have lost their number one ranking in the world to FaZe over the last few months after they weren’t able to make a single grand final at either IEM Katowice or ESL Pro League 15, two events that FaZe went on to win, bumping them down to second in the world. This NaVi roster will be out to defend their PGL Major crown after they won in Stockholm last year, whilst also trying to regain the number one ranking in the world. Unfortunately for G2, they could be in the way of a very locked-in NaVi in their first round one matchup.

G2 were only able to finish fifth in the European RMR B to qualify for the Challengers Stage and many people didn’t know if they would make the Legends Stage, but they were nothing short of outstanding in their three series. Although they were pushed into one round of overtime against Spirit, they were still very impressive throughout the Challengers Stage. If this version of G2 continues to show up in the Legends Stage, they will be very hard to beat.

We will be taking the favourites at the -2.5 rounds handicap, currently -111.11 with BetOnline.