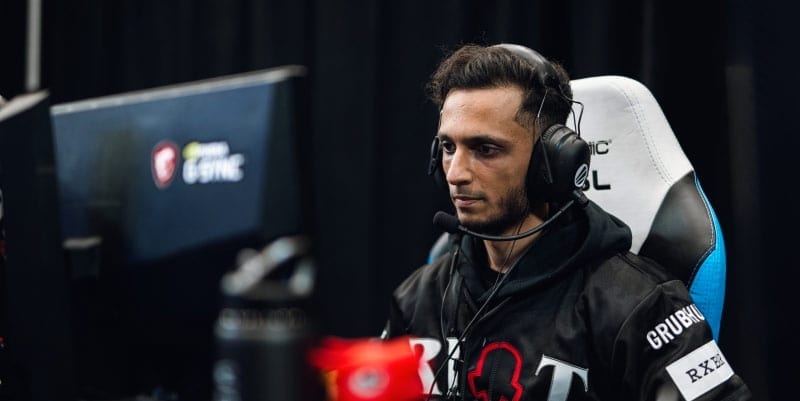 The news came to light during the FLASHPOINT group selection show last Friday when Yassine “Subroza” Taoufik mentioned his team had been working with Tailored for the past few days. Earlier this month, Orgless captain Pujan “FNS” Mehta revealed his team was on the lookout for an analyst/coach.

Tailored was manager/analyst at Team Envy from September 2018 until December 2019, when he was released along with head coach Zachary “Eley” Stauffer as part of the North American esports organisation’s complete restructure of their CS:GO project. Sam “s0m” Oh, Bradley “ANDROID” Fodor and Jacob “FugLy” Medina were also casualties of that reshuffle, with the latter unloading on his former employer in a lengthy Twitter post.

Looking for an analyst/coach for the foreseeable future. You'll get paid when we get paid. #Orgless

Since parting ways with Envy, Tailored was not seen anywhere in the competitive CS:GO scene until reports surfaced that claimed he had been helping Orgless with their preparations for FLASHPOINT.

Orgless’ FLASHPOINT campaign started with a painful 1-2 reverse-sweep against Dignitas in round one of Group C. The North American stack were then awarded a forfeit win against FunPlus Phoenix in round one of the lower bracket, as the Chinese esports organisation failed to field a complete roster due to the departure of Patrick “es3tag” Hansen to Astralis.

In their rematch with Dignitas in round two of the lower bracket, Orgless put up a commanding display and reverse-swept Richard “Xizt” Landström’s squad with a 16-4 win on Mirage and a 16-3 result on Infero to book a spot in the finals. Although FNS and co. failed to deliver against Cloud9 (1-2), their appearance in the Group C finals earned them a ticket into the second phase of the tournament.

The next stage of FLASHPOINT sees Orgless grouped with Dignitas, Gen.G and the weakened MiBR, who recently parted ways with their head coach, Wilton “zews” Prado.