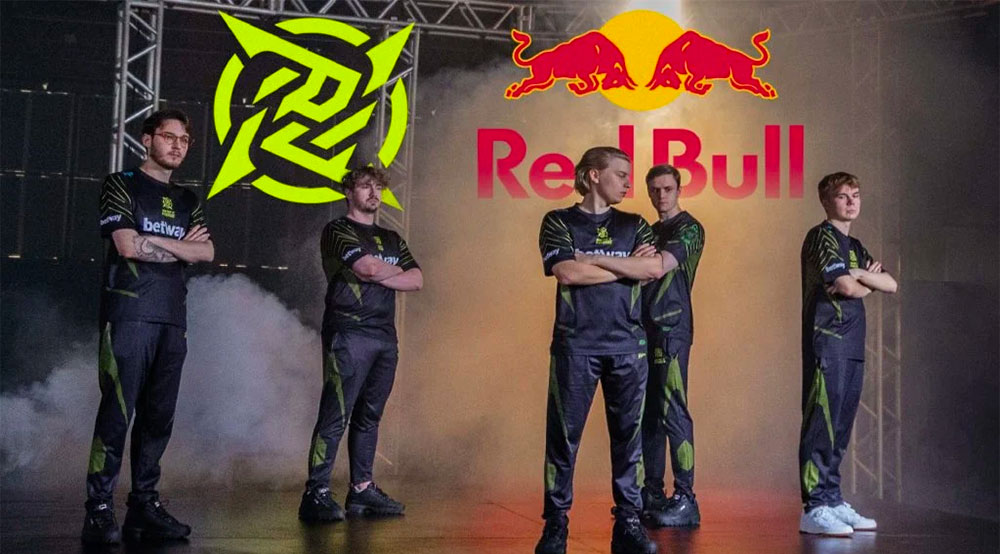 Ninjas in Pyjamas have announced a partnership with energy drink company Red Bull.

The Swedish esports organization made the announcement via Twitter, stating that NiP are the first esports partner of the energy drink brand in Sweden.

“After 6,791 empty cans and years of flirting, they finally asked!” the press release read.

“You could say that we are two pioneers in what is still a young industry, relatively speaking. We share the vision that esports represents the new frontier of entertainment and sports. Red Bull is one of the first big brands to see the potential and remain steadfast on the esports scene, and that is just one of the many reasons why we are excited about our partnership.”

After 6,791 empty cans and years of flirting, it finally happened!

NIP is Red Bull’s first esports partner in Sweden — it’s a feeling that Ninjas finally got their wings! pic.twitter.com/b2drU2xdoI

The partnership will see the Ninjas in Pyjamas’ Counter-Strike: Global Offensive team feature the company’s logo on their jerseys at the ongoing BLAST Premier Fall Final. The tournament, which is being held in Copenhagen, Denmark, will see the CS:GO team market the energy drink brand for the entirety of the event.

Aside from the jersey sponsorship, the esports organization also revealed that the partnership will hold true for each of their esports rosters, expressing the partnership to be “way more than just a logo on a shirt”. However, the organization is yet to share more details about possible activations that could be done between both parties.

The Chief Executive Officer of NiP, Hicham Chahine, commented on the partnership with Red Bull. He expressed his excitement about the deal and related seeing the visual identity of the brand on the team’s jerseys as a proud moment.

“Red Bull has been in the game almost as long as we have – and where there is esports, there is Red Bull,” Chahine said.

“It’s a feeling that Ninjas finally got their wings! Seeing the raging crimson bull on our NiP jerseys will be a proud moment for our organisation.”

The Vice President of Commercial Partnerships at NIP, Toni Kaski, also spoke on the partnership. He highlighted the franchise’s goal of expanding their reach to a wider audience while creating memorable experiences.

“NIP is thrilled to be Red Bull’s first esports partner in Sweden. We’re looking forward to introducing esports to a much wider audience and creating impactful and memorable experiences together!” Kaski said.

NiP have been on an expansion process since the start of the year. In June, the franchise expanded its existing partnership with the gaming lifestyle brand, Razer. NiP also partnered with sportswear brand FILA in November in a bid to develop a new merchandise collection.

Red Bull has been on a path to further expand its presence within the esports sector. The energy drink brand had recently expanded its esports event, the Red Bull Campus Clutch World Final. The VALORANT tournament will now feature over 25,000 students across 50 countries in the world, with a €20,000 prize pool.

The brand had also partnered with Thai esports franchise Bacon Time for a collaboration deal that spans at least a year. Earlier this month, Red Bull also announced a partnership with Gfinity, the esports production and media brand, for its VALORANT Red Bull Home Ground tournament, which is scheduled to be held in December. The three-day offline tournament will be held at the Victoria Warehouse in Manchester and has a prize pool of $100,000.