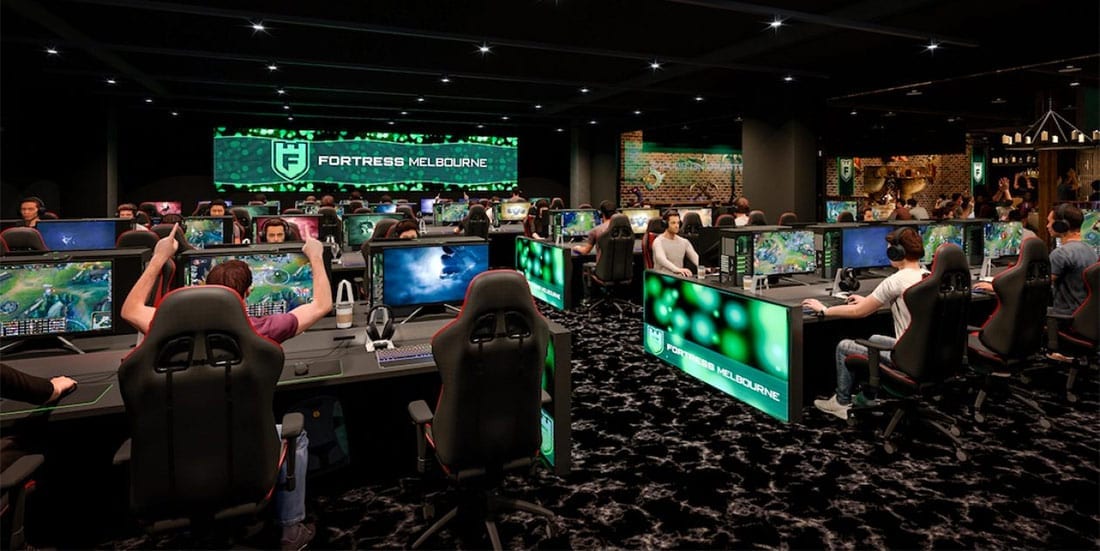 Fortress Esports has announced plans for a new esports and gaming complex in Melbourne, Australia, claiming it will be the largest venue of its type in the Southern Hemisphere.

Located in the heart of the Central Business District (CBD), Fortress Melbourne is expected to open in the early months of 2020.

The venture is the brainchild of technology developer Adrian Giles and former Village Roadshow executive Jon Satterley, the co-founders of Fortress Esports.

“Melbourne has become the epicentre for video gaming and esports culture with major events like Melbourne Esports Open and PAX Australia, so we’re excited to be opening our first flagship venue in Melbourne and offer Australians a video gaming entertainment space that they can enjoy all year round,” Satterley told reporters.

The venue will cover more than 2,700 square metres over two floors of prime real estate at the Emporium Melbourne shopping centre on the corner of Lonsdale St and Swanston St.

The centrepiece of Fortress Melbourne will be a purpose-built esports arena with a retractable 200-seat grandstand, while the venue will house more than 160 networked PC gaming units.

“We want to make Fortress Melbourne the ultimate ‘home away from home’ for everyone, from casual gamers, competitive gamers and esports fanatics, to families and after work crowds,” Satterley added.

The news comes despite concerns over the short-term financial viability of the Australian esports industry.

HT&E recently announced it was shutting down its Gfinity Australia esports brand, with the media firm citing an “unsustainable market”.