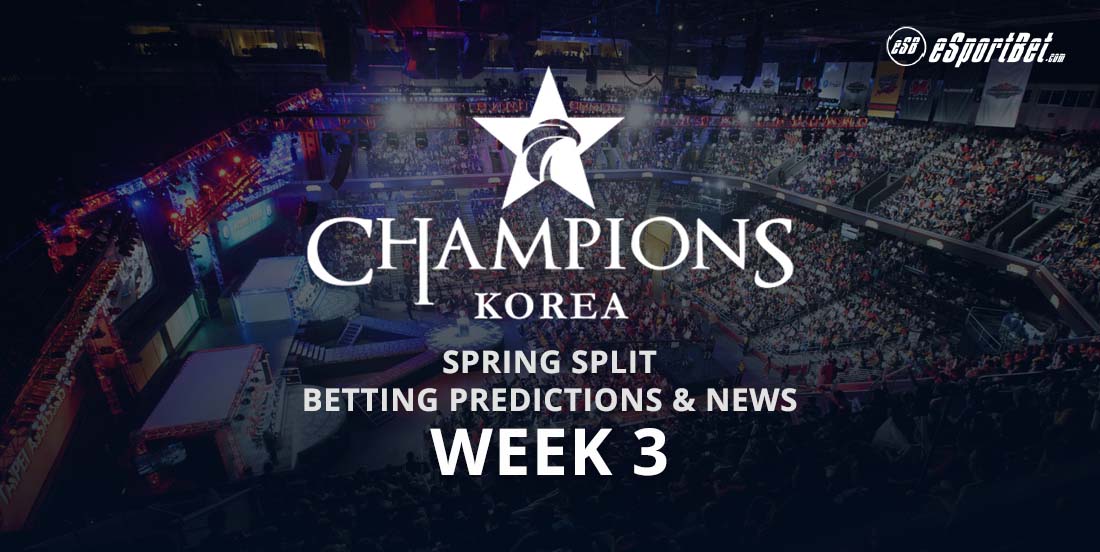 With series wildcards Jin Air Green Wings on the up and SK Telecom T1 resembling nothing of its world champion roots, League of Legends Champions Korea (LCK) continues to provide the most unpredictable LoL esports action in the world.

Maybe it’s because they stuck with the Bo3 (Best of 3) match format, or maybe the EU and NA LCS just aren’t stacking up anymore, but we’ve found the Korean competition this year a whole lot more interesting to watch.

KDX have found their groove in calmly locking down objectives and promptly shutting down lane griefers, only hitting opponents hard once the right amount of gold and proper buffs are at their disposal.

It’s been fascinating to watch them bide their time, even when teams like SKT score First Blood and seemingly secure a crucial lead, only to be overwhelmed with KDX’s deadly long-game coordination.

ROX Tigers secured their own surprise win against Kongdoo Monster last week, but have rightly faced criticism for their sloppy 5-6 game record.

It’s clear they have struggled to take out equally troubled opponents as efficiently as Kingzone and we’re far from convinced they can pull an upset against the leaderboard champions.

Two middling teams with a ton of issues in the shot-calling and team-fighting departments makes for an interesting mid-week clash.

We’re backing Afreeca Freecs to have a mini comeback here, given the potential of top laner Kim ‘Kiin’ Gi-in and jungler Lee ‘Spirit’ Day-yoon, both securing some solid KDA (Kills, Deaths, Assists) and baron steals throughout the series.

BBQ Olivers play aggressively enough but lack a vocal leader to make proper plays and effectively counter organized teamfights, such as the embarrassment they suffered last week against a resurgent KT Rolster.

The most competitive match of the week given their week-to-week improvements, but which of SK Telecom T1’s rivals can outdo the other?

KT Rolster’s top laner Song ‘Smeb’ Kyung-ho has improved dramatically in the aggro and shotcalling department and played a key role in guiding his team to victory over Afreeca last week.

However, the rest of the line-up were a little too dependent on Smeb’s guidance and let themselves get torn through crucial team-fights whenever he was not around.

But top laner Kim ‘SoHwan’ Jun-yeong also impressed in his new role, beating back MVP’s top laner veteran Kang ‘ADD’ Geon-mo effortlessly, and the rest of the team have displayed great coordination and support for each other without the need for excessive hand-holding.

After their earlier historic victory over SK Telecom T1, we’re more confident than ever Jin Air can make the transition to the top 3 and take down the inconsistent KT.

SK Telecom T1 have suffered some heart-breaking defeats this Spring Split and obviously aren’t the same world champions team they were in preceding years.

However, even with the paradigm shift, it’s hard to see them suffer another upset at the hands of MVP, who have failed to win even one game and have been outmatched at every turn.