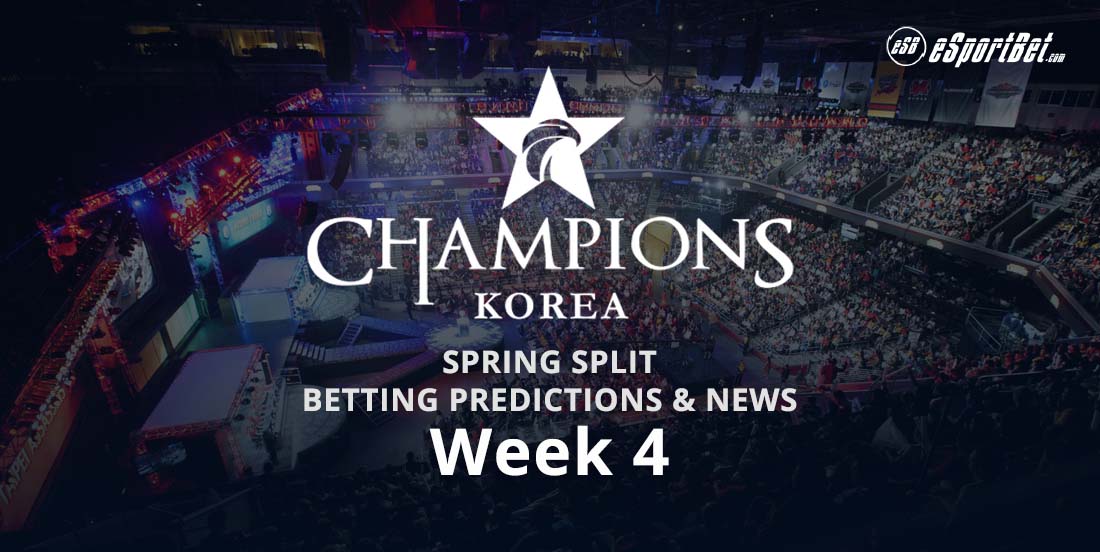 Jin Air Green Wings are ready to topple the crown, KSV Esports have another easy run and KT Rolster will weather through their account sharing controversy in Week 4 of the League of Legends Champions Korea (LCK).

Kingzone DragonX is about due for an upset and Jin Air Green Wings are the team to do it.

With a creep up the leaderboards and some historic record-breaking wins over SK Telecom T1 and other giants, Jin Air have made great picks and displayed on-point team comps that make us confident they’ll bring their A-game this Friday.

Both midlaner Lee ‘Grace’ Chanju and ADC Park ‘Teddy’ Jin-sung have dominated as roamers and shotcallers in recent weeks to bring the team in the same high regard as KDX and KSV, and bottom-laner Ji-min ‘Wraith’ Kwon has decisively shut out botlane threats time and time again.

Kingzone jungler Han ‘Peanut’ and support Kang ‘GorillA’ Beom-hyeon are their biggest threats in the KDA department, but so long as Wraith can free up Grace and Teddy to split-push, we’re confident they stand a great chance here.

BBQ Olivers showed some improvement last week, unexpectedly taking KSV Esports down to the wire with smart late-game team compositions and an overtime performance from AD carry Yongjun ‘Ghost’ Jang’s Kog’Maw, which saw him rack up a 7/0/2 KDA (kills/deaths/assists).

Properly taking advantage of a substantial gold lead remains BBQ’s main problem in this series, but we think they’ll have learned their lesson in time for their clash against the weakest team in the LCK.

They might not even need too, given the frankly laughable 1 – 5 performance MVP has put on so far, practically rolling over to KSV last week at every teamfight or objective struggle.

Expect another bloodbath in favour of BBQ Olivers here.

SK Telecom T1 has got to be the most disappointing LCK roster this series.

Fresh off their 2-0 sweep at the hands of Afreeca Freecs and their embarrassing loss to the equally unimpressive MVP, this is nowhere near the same world champion team fans rooted for last year.

They won’t even need their full roster to secure this win if top laner Lee ‘CuVee’ Seong-jin continues to shut out his opponents as brutally as he managed last weekend with BBQ.

Aside from some account sharing drama with midlaner Cho ‘Mata’ Se-hyeong, KT Rolster have played consistently great LoL to breathe down the necks of both Kingzone DragonX and KSV Esports in third place.

Kongdoo delivered a great upset over KSV but they were categorically outmatched in the midlane and bot lane by Jin Air Green Wings last week – to an embarrassing extent.

Their top laner Kim ‘Roach’ Kang-hui seems to have run out of steam and against KT’s Song ‘Smeb’ Kyung-ho, we’re expecting some fairly straightforward teamfights here.

Where can I watch LCK esports?

All League of Legends Champions Korea matches can be watched online for free via live-streaming sites like Twitch. You can find and watch LCK live-streams via Riot Games’ official website in HD quality, on your computer or mobile device.

Our top recommended site, Bovada.lv, includes links to official and active live-streams next to each LCK betting market, making it easy to place a bet and watch the game via the same interface.