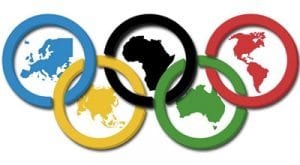 The Olympic Games could see the addition of professional video gaming thanks to the head of the British eSports Association (BEA).

The founder and acting CEO of the BEA, Chester King, has revealed he will meet the International Olympic Committee in the next fortnight to convince them to embrace the global phenomenon.

King told the Telegraph Business of Sports conference his plans to talk to the IOC were based on the announcement eSports would be included as an official medal event at the 2022 Asia Games.

The inclusion of eSports at the Asia Games is deduced from a “strategic partnership” between the Olympic Council of Asia (OCA) and Alisports – a subsidiary of Alibaba which is similar to eBay.

The multi-million dollar industry is quickly growing but eSports is unlikely to be added to the Olympics in time for the Rio games, or even the Tokyo Games in 2020 as the Asian Games is expected to be a trial.

It might not be an easy feat, with IOC president, Thomas Bach, revealing last month he was unsure if eSports is a sport “with regard to physical activity and what it needs to be considered sport”.

“We do not see an organisation or a structure that will give us confidence, or guarantee, that in this area the Olympic rules and values of sport are respected and in place, and that the implementation of these rules are monitored and secured,” Bach added.

“There is no International Federation that has the necessary authority to give this guarantee and to restrict these activities to the values of sport … I can only give you a very personal remark, but some of these Games are contrary to all our values.”

King countered this belief and said he hopes to persuade the IOC that eSports deserves to be part of the international multi-sport event.

“I think there’s been a lack of awareness about the different types of eSports,” King said.

“I think there’s an education play with the IOC to say, ‘What are good games?’

“There isn’t a global federation, an international federation, that’s recognised, and part of what we’re doing with the IOC is hoping to come together with about seven countries that have the right values.

“For it to be mainstream accepted, there’s got to be a clear strategy on what to do.”

There is hope though as LA 2024 Olympic bid chairman, Casey Wasserman, showed interest in eSports being added to the Olympic program.

“We view esports’ immense global popularity and continued advances in digital technologies as tremendous tools for reconnecting millennials with the Olympic movement,” he said in a statement last year.

“Harnessing the power of new technologies like virtual and augmented reality to promote healthy lifestyles will be a key objective as we seek to create a new Games for a new era in 2024.”