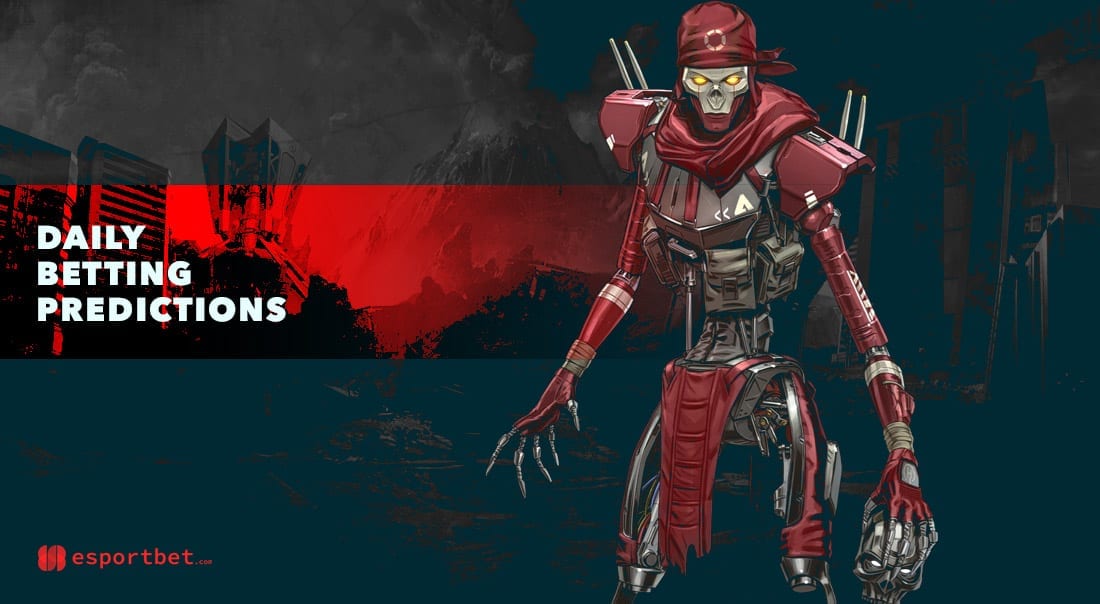 ESB is back with another set of free esports betting predictions for Wednesday, where we will cover the continuation of ESL One Germany 2020, the opening round of the Top Clans 2020 playoffs, and one fixture from the European division of DreamHack SC2 Masters 2020 Winter.

Even though Team Secret have lost only 11 series since The International 9 and enter this bout on a 20-game winning streak, the European juggernauts are not invincible – as seen last Friday, when Clement “Puppey” Ivanov and co. nearly lost to Team Nigma (2-1). That is not to say we trust mudgolems to snap Secret’s streak, but Neta “33” Shapira’s squad fields enough individual quality to exploit Secret’s minor weaknesses.

Esports bookmakers have mudgolems priced at around $3.05 to win at least one map, which is very generous considering they took care of Team Liquid (2-1) on Saturday and recently swept Nigma and Natus Vincere. At these odds, we will gladly take our chances with the outsiders to keep the series close.

After a somewhat lacklustre run through the group stage where they lost to Team Liquid (1-2) and mudgolems (0-2), Natus Vincere bounced back and defeated OG (2-1) in the first round of the playoffs. However, that does not justify the surprisingly high odds offered on Vikin.gg, who defeated this roster in August and come into this match following a convincing 2-0 sweep of Alliance.

It’s hard to call out a winner for this bout, but we can say for certain this won’t be a one-sided affair. There is a world where Vikin.gg wins, but we will play it safe and predict each team to win at least one map.

Motivate.Trust Gaming are 8-1-1 across the last three weeks, and that record includes two clashes with Neon Esports. One of those meetings ended in a stalemate, and the other in a 2-0 win for Anurat “boombell” Praianun and his crew.

Neon’s 2-4-4 record across the last couple of weeks is somewhat unconvincing, but they grabbed stalemates against TNC Predator and BOOM Esports and also bested Team MagMa. Out of 12 meetings with Motivate.Trust Gaming, Neon have won five, drawn three and lost four, but they are 0-3-2 in their last five clashes.

Neon should put up a fight, but the odds are slightly too short for us to consider siding with the outsiders. Instead, we will trust Motivate.Trust Gaming to take down Neon once more.

Galaxy Racer have yet to achieve any remarkable feats since the formation of their Dota 2 esports squad in July, but nor have they looked too shabby. Their only defeat in October came against Army Geniuses, yet even that loss should be taken with a grain of salt since Galaxy Racer had other obligations that day and likely did not put too much effort into that bout.

Similarly, Adroit showed solid form throughout October (5-1-2), although they did not face any tough opponents. Out of eight games, the only two notable teams Adroit played against were Zerothreetwo Dota (2-0) and Among Us (1-1).

At higher odds, Adroit would be worth a shot. However, as it stands now, siding with Galaxy Racer is the smarter pick.

Leon “goblin” Vrhovec can be extremely satisfied with his performances so far this competition. Even though he dropped his most recent game against Nikita “SKillous” Gurevich, we can’t look past goblin’s 2-1 over one of the tournament favourites in Gabriel Raffaele “HeRoMaRinE” Segat.

Krystian “Krystianer” Szczęsny, meanwhile, left a lot to be desired with his 0-2 losses against Alexis “MarineLorD” Eusebio and HeRoMaRinE. While he deserves some praise for defeating Julian “Lambo” Brosig (2-1), that hardly compares to what his next opponent has shown.

We don’t expect to see any upsets this Wednesday. If goblin can show even half of what he did against HeRoMaRinE, this clash should be a cakewalk for the Croatian StarCraft II esports pro.

Hi, I've been following you for a while. The truth is that I have seen all the predictions related to Vikin.gg and you have all failed them. I recommend that you stop being such a fan-boy, since this speaks very badly of you. You have something with Vikin.gg that you overvalue it more than normal and I spungo that there are many people who follow you. So I recommend you a little more respect for people. Everything you send from Vikin.gg is red, you have never obtained a green in your predictions with this team. So you already know. Take… Read more »