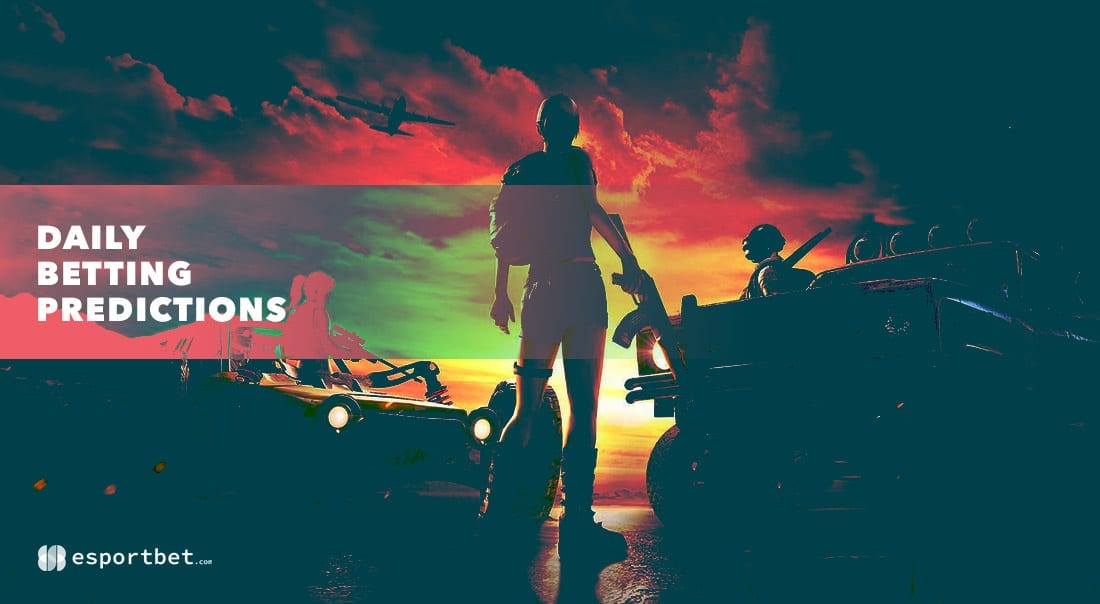 Esportbet.com is back with more esports betting predictions and bookmaker odds. For Thursday’s action, we will look at the opening fixtures of DreamHack Open Fall, the continuation of ESL One Germany 2020 and the first quarter-final at the 2020 League of Legends World Championship.

Team Vitality finished their IEM New York campaign in third-fourth place, and they will now look to build on that success at DreamHack Open Fall. Vitality’s opening fixture is against mousesports, who defeated them in the ESL Pro League Season 12 Europe group stage just a couple of weeks ago.

Mousesports, while not as strong as they were in 2019, look quite decent despite the departure of Özgür “woxic” Eker. They finished fourth in the ESL Pro League, where they lost only to the two finalists in Natus Vincere (1-2) and Astralis (1-2).

Vitality (4th) are ranked higher than mousesports (15th) but have shown a lack of consistency in recent weeks. Mouz have the tools to deal with them, we will gladly take the odds on the outsiders.

These teams last met on Sunday in the semi-finals of Intel Extreme Masters XV New York Online Europe, where OG defeated Fnatic with 16-13 on Train, 11-16 on Inferno and 16-9 on Mirage. The latest CS:GO betting odds suggest OG are poised to do it again, but that is far from guaranteed.

Despite OG’s success at IEM New York, we are not convinced they should be priced at such short odds. They looked very scrappy in their 0-3 grand finals loss to FaZe Clan and will likely struggle to outshine Fnatic.

Even though the Swedes can be hit-or-miss at times, they’re more than capable of defeating OG. At the offered odds, it makes much more sense to back the outsiders.

Vikin.gg started their ESL One Germany campaign with a narrow win against HellRaisers (2-1) but failed to show up against OG (0-2). Meanwhile, 5men lost 0-2 loss to Ninjas in Pyjamas and won 2-0 against EXTREMUM.

Vikin.gg have met with 5men three times since September, winning two series and losing one, yet even that was more of a fluke loss than anything else. While their results this competition have not been spectacular, the same holds true for 5men and their showings.

Neither side is in good form, so it’s safe to expect an open match with all three maps played. Alternatively, a bet on Vikin.gg to win 2-1 can be considered.

At the end of September, Natus Vincere decided to trial FlyToMoon’s roster. That proved to be a good move as NaVi finished fourth at OGA Dota PIT, where they managed to defeat OG (2-1) but were eliminated by eventual finalists VP.Prodigy (1-2).

NaVi carried over some of that momentum into ESL One Germany, where they swept Cyber Legacy (2-0) but narrowly lost to Team Liquid (1-2). Winstrike Team have produced far less inspiring results, with a humiliating 0-2 loss to OG and a narrow win over HellRaisers (2-1).

Winstrike bested FlyToMoon’s roster in June during the Parimatch League Season 3 Round Robin. However, they’ve lost many key players since then, so we don’t believe Winstrike will manage to repeat that feat on this occasion.

This fixture is billed as the most one-sided match of the 2020 LoL World Championship quarter-finals. However, that does not necessarily mean we are in for a 3-0 sweep.

Fnatic are renowned for their fast decision-making, deep champion pool and solid team-fighting. What’s more, they field one of the best-performing junglers in Oskar “Selfmade” Boderek, a very potent bottom-lane duo, one of the best laning mid-laners in Tim “Nemesis” Lipovšek and a very stable weak-side top lane.

That does not take away from the fact that Top Esports have stronger individual pieces, but they – like many other Chinese teams – tend to draft for lanes rather than team-fighting compositions. Could that turn around and bite them?

We are not expecting Fnatic to defeat Top Esports, but there is definitely a chance the Europeans can win at least one map. The safe play is the +2.5 handicap on Fnatic, but there is value in backing Top to win 3-1.