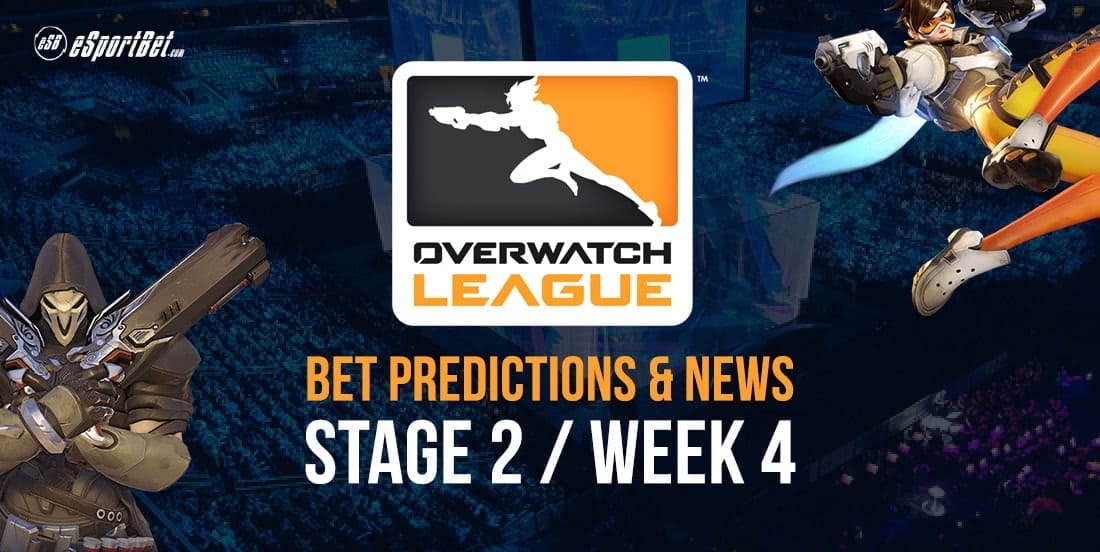 Week 3 of Overwatch League Stage 2 is over and week 4 is almost at the door. As usual, there will be 12 matches being played this week and many of them constitute excellent betting opportunities. But before I start analyzing these matches, let’s take a look at the standings table.

Match date: March 14th
Both of these teams are in bad shape at the moment, although Boston Uprising can at least play with its standard roster while Dallas Fuel has recently released one of its core players (xQc) due to repeated behavior issues.

Match date: March 14th
Seoul Dynasty is leading the second stage of the Overwatch League with 6 victories and no defeats. However, this record can be attributed to the lack of difficult matches, as Seoul Dynasty has yet to face the league’s top contenders. And New York Excelsior will be the first of them.

Match date: March 14th
Whenever I see a decent team playing against Shanghai Dragons, I think to myself “the adventure continues. More free money to be had.”. That’s because Shanghai Dragons hasn’t won a single match yet in the Overwatch League. They finished Stage 1 with a 0W – 10L record and are on a similar trajectory for Stage 2.

Match date: March 15th
This is a complete mismatch and there is absolutely nothing in the world that could change its outcome apart from New York Excelsior having to abandon due to some major unexpected event.

Match date: March 15th
Florida Mayhem finished Stage 1 with a single victory and 9 defeats. Stage 2 seems to be going exactly the same way, and there’s almost no chance for them to win against a team that finished Stage 1 with 7 victories and 3 defeats. All things considered, this match should end very quickly with a 4 – 0 result for LA Valiant.

Match date: March 15th
Los Angeles Gladiators has been this stage’s big surprise, getting 2 unexpected victories so far: one against Los Angeles Valiant (score 4 – 0) and one against London Spitfire (score 3 – 1). It certainly looks like Fissure’s addition to the roster has greatly improved things for this LA team, who is now looking to win its next two matches and climb even higher in the OWL hierarchy.

Match date: March 16th
The skill difference between these two teams is immense at the moment, so there’s really no chance for an upset here. Los Angeles Gladiators should win this match with ease and they will likely not drop a single map.

Match date: March 16th
This is another match with an almost predetermined outcome, simply because of the skill difference between the teams. London Spitfire won Stage 1 and is looking to repeat that performance in Stage 2, while San Francisco Shock finished Stage 1 in 9th place (3W – 7L) and is clearly nowhere near their opponent in terms of strength.

Match date: March 16th
Based on their recent results, Los Angeles Valiant is no doubt in better shape and should win this dispute. However, taking into account all of these teams’ previous results, including their first direct encounter, I think this match could easily end with a victory for Boston Uprising. Last time they met, the Boston team destroyed the LA one without dropping a single map.

Match date: March 17th
This is a great rematch between 2 giants and the result is difficult to predict. Based on the teams’ previous performances however, London Spitfire is the slight favorite but only by a little (45-55). No doubt, Seoul Dynasty will want revenge for that humiliating 0 – 4 defeat suffered against Spitfire on February 1st during Stage 1. But they’re still quite likely to lose against them again.

Match date: March 17th
If Houston Outlaws hasn’t lost all of its Stage 1 prowess, it should easily win this match. Because apart from Shanghai Dragons and Dallas Fuel (which is in complete disarray right now), San Francisco Shock lost to all of the other teams they played against.

Let’s not forget that Houston Outlaws finished Stage 1 in 3rd place and even though they struggle against tough opponents, they tend to beat weaker teams in a very convincing way.

Match date: March 17th
As I mentioned before, Dallas Fuel is going through some internal turmoil right now and was not a strong team to begin with. Subsequently, an opponent such as Philadelphia Fusion will likely have a field day against them in their current state.