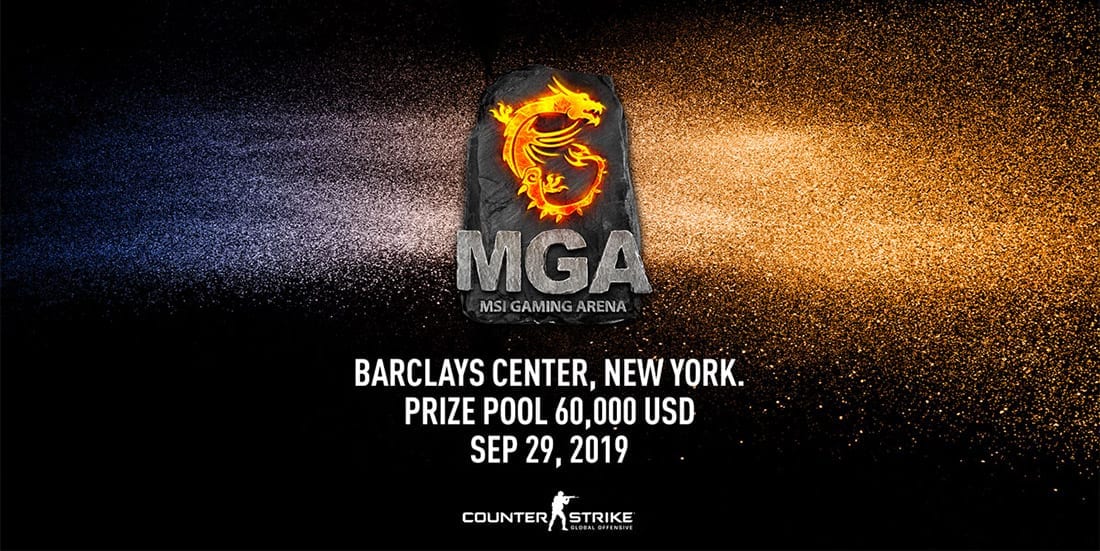 Closed qualifiers for MSI Gaming Arena 2019 will kick off this Saturday, August 10 for the North American region, where we will see eight teams go head-to-head for a chance to compete in the MGA finals.

The main event will kick off at the Barclays Center in New York City on September 29, when the top four teams from North America, Europe, Asia and CIS region will compete for a US $60,000 prize pool provided by ESL and MSI.

The European and Asian regions already have their representatives confirmed, while the CIS and NA regions still need to complete their qualifiers.

The NA qualifiers will take place this Saturday, starting with quarter-finals. All matches are best-of-three series (Bo3) in a single-elimination format.

While not considered one of the bigger tournaments in the CS:GO esports world, the MSI MGA 2019 will still provide us with plenty of esports betting opportunities.

The Saturday clash will mark the first-ever head-to-head fixture between nambla (+175 at BetOnline) and Team Envy (-250) and while there are no previous records between the two teams, online bookmakers seem to agree Envy will have a considerable advantage.

That heavy favouritism comes despite a less-than-successful run at IEM Chicago in mid-July, where Envy finished dead last in Group A behind Team Liquid, MIBR and G2 Esports.

Still, we can’t put too much weight on those results, as Intel Extreme Masters events are far superior to MGA in both field quality and prize money.

It is also worth noting Envy fought well against MIBR despite missing Noah “Nifty” Francis.

While Envy have not won any notable tournament since 2015, that is not necessarily bad for this betting prediction.

Their opponents in these qualifiers are not considered to be among the best teams in the world, which especially holds true for nambla.

However, the underdogs have an ace in the hole in 2018 Major champion Will “RUSH” Wierzba, who recently arrived from Cloud9 and is undoubtedly the the biggest threat in the squad.

Although RUSH guided nambla to third place in open qualifiers, one player can’t carry the whole team for a long period of time.

If RUSH performs up to par, nambla could win a couple of rounds, but in a Bo3 environment, the overall quality of the team prevails over individual quality.

Expect Envy to defeat nambla and proceed to the semi-finals.