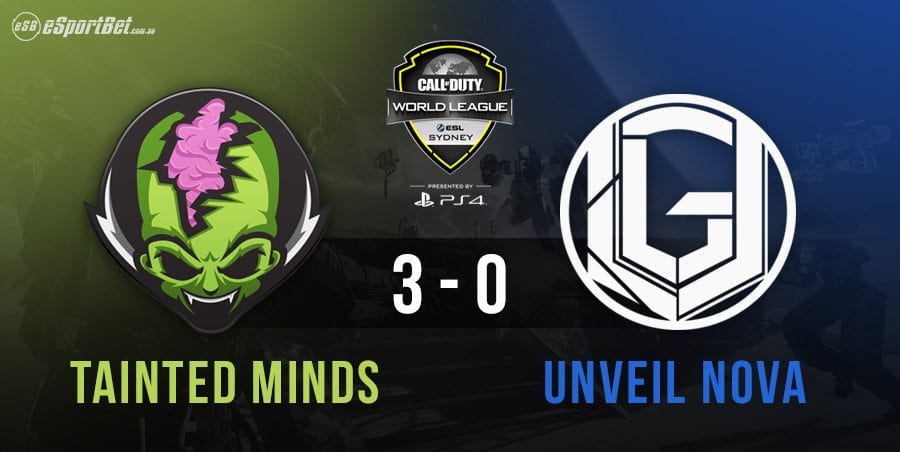 The Call of Duty World League Sydney Open 1 kicked off with a bang today in Sydney, Australia as Tainted Minds secured a 3-0 victory over Asia Championship winners UnVeiL NoVa in Match 1 of a heated game of Call of Duty Infinite Warfare.

The very first APAC LAN event for the 2017 season saw a stellar performance from the Australian-based team, who refused to let UnVeiL NoVa catch a break for the entirety of their match-up.

The stellar four-man team first secured an easy 250-94 victory on Breakout HP before cementing their domination with a quick 6-3 win on Crusher S&D. They then continued sweeping up with an impressive 19-3 final win on Precinct Uplink – and a cheeky last second score.

ESL Australia, based out of Sydney, is hosting Call Of Duty World League Sydney Open 1 in the ESL Sydney Studio.

The Pro Points are used to qualify for the Call Of Duty World League Global Pro League, which kicks off in April and leads into the Championship later in the year.

The rest of Call Of Duty World League Sydney will happen over the March 3-5 weekend. CWL Sydney Open 2 will kick off on May 12-14, with another $30,000 prize pool for the winning team.

Make sure to catch the CWL Sydney action live on the official MLG stream here.