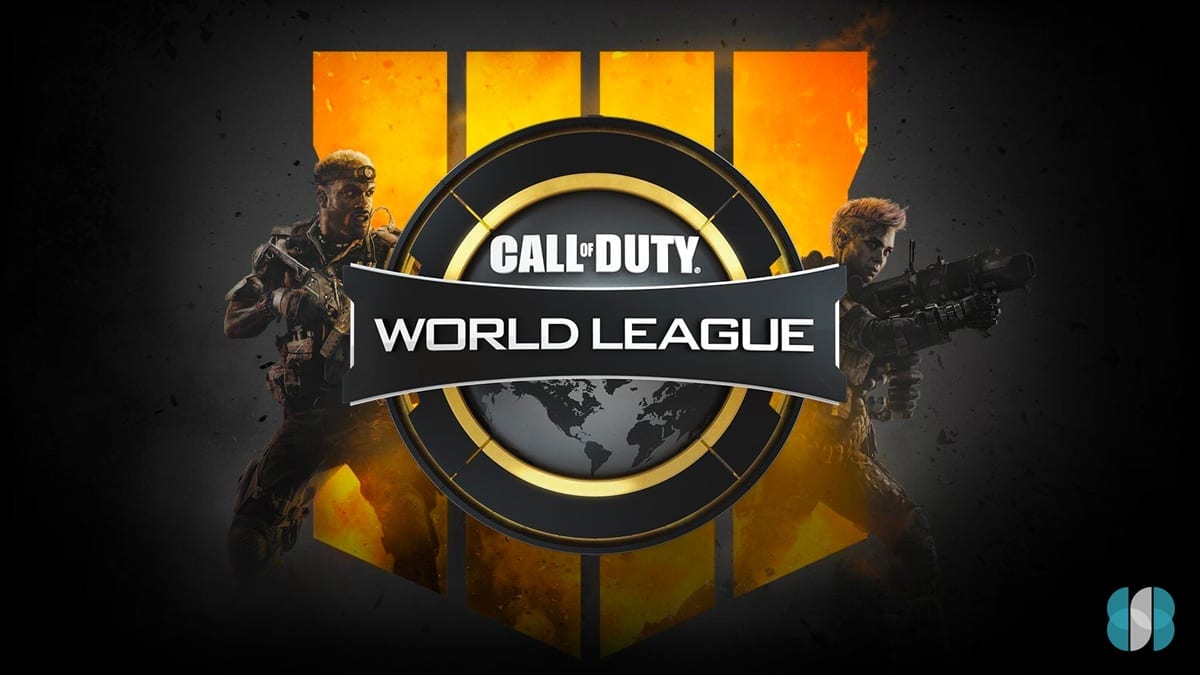 The COD World League Championship has been discontinued, instead replaced with the Call of Duty League for the 2020 professional COD season.

The 2019 Call of Duty World League Championship will run from August 14-16 and see the best teams from around the globe shoot it out, with unmatched betting interest set to surround the event. All of the major esports betting sites will have extensive markets on the COD World League.

Running for the first time in 2016, the Call of Duty World League will be played for a fourth time on with this year’s tournament set to be played on PS4 on COD Black Ops 4, with over USD $6 million in prize money to be handed out.

Here are out top Call of Duty betting sites geo-targeted for your convenience, or read below for further information about the 2019 COD World League.

What is the COD World League

The Call of Duty World League is one of the world’s largest eSports tournaments. With a prize pool totalling more than $6 million for the 2019 season, it also stands as one of the most lucrative events in pro gaming.

Held annually to coincide with the release of every new Call of Duty video game, the CWL stands as a tour de force for the most competitive first-person shooter on the market.

The league culminates in the the COD World League Championships, which pits all of the qualified pro and amateur teams against each other, in a season-ending, big purse event.

So what is it about the tournament that makes it so special, and why do so many people tune in? Let’s take a look at the history and future of the Call Of Duty World League.

How to bet on CWL esports

Many of the world’s best esports betting sites regularly offer betting markets on Call of Duty World League events. The upcoming 2019 season has more fanfare, funding and popularity than its first two efforts, so be sure to join in on the discussion at Esportbet and keep us bookmarked for the latest match updates and betting guides.

If you’re new to betting online, please read our how to bet on esports guide to learn how to place a wager on your favourite Call of Duty pro gaming matches, and how the odds and betting types work. Readers from United States are recommended to check out BetOnline or any of the highest-rated sites listed in the table at the top of this page.

The odds for the 2019 edition of thew Call of Duty: World League Championship even have been released, with eUnited favourite to win the event. Our top betting site that has CWL Championships for United States is BetOnline.

History of the Call Of Duty World League

The Call of Duty World League kicked off its first ever season in January 2016, with Call Of Duty: Black Ops III on PlayStation 4 acting as the tournament’s game. It acted as a qualifier for the Call of Duty Championship, which hosts the world’s best teams and players, who battle it out for ultimate CoD supremacy. The prize pool started off at $3 million, half of which was designated for the Championship at the end of the season.

The 2017 season expanded upon this concept, introducing the offline Pro League so the best Call of Duty players from around the world could compete in consistent high-level matches. It also marked the full return of open events, which gave amateur players a shot at playing against the greatest esports players in the game.

The 2018 season of the Call of Duty World League saw some new beginnings, with team banners introduced to recognise the accomplishments, history and champions of wining a CWL event.

The 2019 season is expected to be the biggest yet, with the tournament transitioning to a five versus five format, prize increases to make it the largest tournament in history, while region restrictions on LAN events have been lifted, meaning players from everywhere can qualify for the event.

Tournament organisers have also vowed they will release the weapons and equipments list well in advance of the CWL beginning.

The tournament acts as a qualifier for the Championship, with regional qualifying events and online qualifiers for the League itself held at the end of the year prior. Teams that make the League then compete for a place in the Championship, which takes place before the launch of the next Call Of Duty in November.

There are two divisions: the Pro Division, and Challenge Division.

The Pro Division is hosted across the globe at tournaments in North America, Europe, and Australia/New Zealand. The structure of these tournaments is different depending on the amount of teams competing, and all take place before the Championship.

Nine teams from North America, six from EU, and one from APAC are placed in four groups, with placement dependent on how many points they earned during their respective regional qualifiers. The top eight teams will make it into the Stage 1 Playoffs, while the bottom four teams will compete in a relegation battle. At this point, new teams can compete for a spot in the Pro League in progression to Stage 2.

The winners of the relegation battles will join the Stage 1 top teams in the second round, which ends with eight teams competing for prize money and seeding. Once a team makes it to stage 2, they are granted automatic inclusion in the Championship in June. 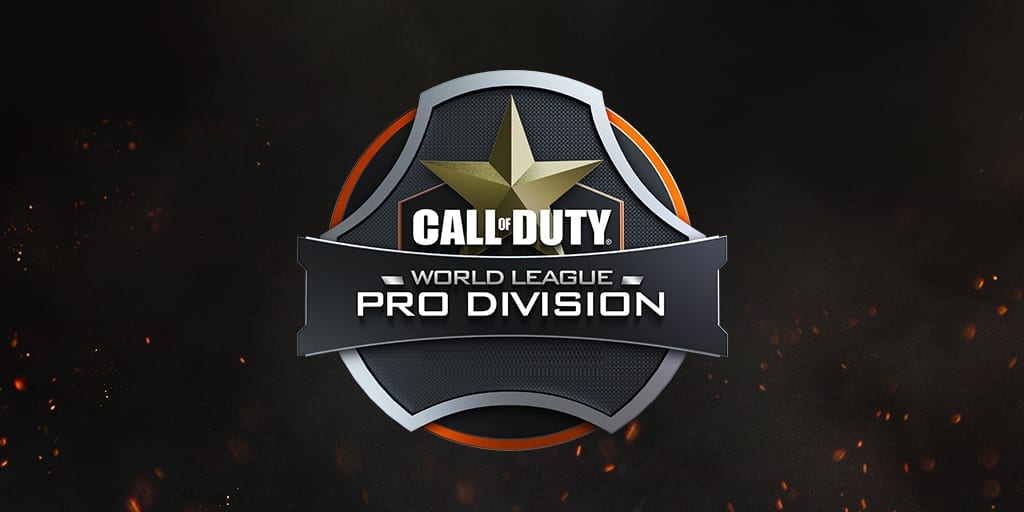 The Challenge Division acts as a qualifying for up-and-coming players, who can compete against similarly-skilled players for a place in the Championship. These qualifiers are LAN events, offer a prize pool albeit a smaller one compared to the Pro Division. Each competitor plays to earn World League points, which are then used to work towards a place at the Championship. 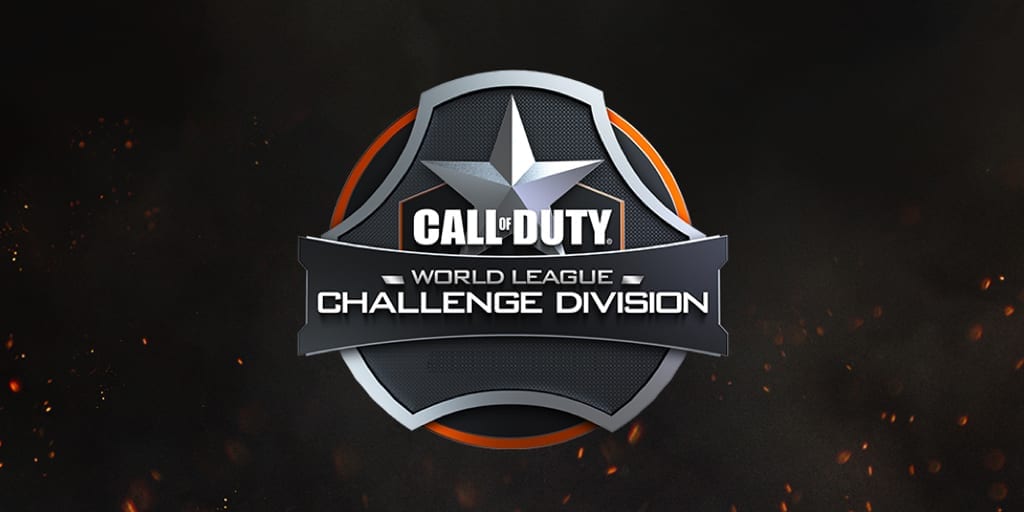 In the Call of Duty World Championship, 32 teams battle it out across multiple pools. 16 of the teams come from the Pro league, while the remaining 16 are made up of winning teams from the qualifying LAN events and regulation battles.

The World Championship was kick-started in January 2016, with excitement high for the newly formed Call of Duty tournament. However, things got off to a rocky start when the PlayStation’s online network crashed, forcing a delay to the start of the event. It eventually got started a few days later, and lasted 11 weeks across regional events in North American, Europe and Australia.

The Australian regionals competed in March for a prize pool of $118,000, which at the time was one of the largest in Australian eSports qualifying history. Mindfreak beat out Tainted Minds to take home $44,000. In Europe, Millenium beat Splyce 4-1 to win $52,000, while in North America, eight teams battled it out for a stake in the $218,000 prize pool. Optic Gaming beat Rise Nation 4-3, winning $66,000.

Splyce would have the last laugh, however, making it all the way to the final in the Call of Duty World Championship. They would lose to Team EnVyUs, while Millenium struggle to make to top four in the tournament.

The first time the CWL Championship was held outside of Los Angeles, California, was in 2017 when it was held in Florida.

Like Envy the previous year, OpTic Gaming was one of the heavily-fancied teams heading into the event, but had never won any silverware, despite their big budget and star-studded roster.

After Envy sent them into the losers bracket, when they went down 3-1, Optic fired up and reset the bracket and won the first two games in the second best of 5 series.

Matthew “Formal” Piper made the Game winning block that helped OpTic bring home the the title.

While OpTic was favoured to do well again in 2018 the team struggled early and their roster fell apart.

In the end it was the Evil Geniuses who took out the 2018 CWL Championships, with Adam “Assault” Garcia leading the way and taking out thew MVP Award. Evil Geniuses were long shots in betting in the lead-up to the CWL event, but their tight-knit team proved too strong, even against some of the bigger names.