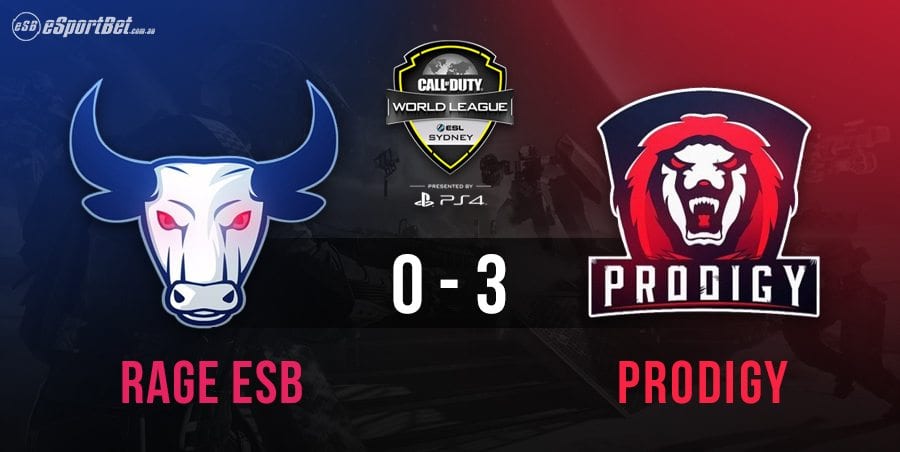 Another match-up, another clean sweep. Tainted Minds, Mindfreak, Rebellious and Validate Black beat down their competition in the previous four rounds with ease for similar 3-0 victories.

Match 5 opened with an amazing performance by Prodigy, with teammate Guydra landing a crucial three-piece kill to secure a hard-earned 250-194 on Breakout at Hardpoint.

Unfortunately for Rage ESC, Search and Destroy on Crusher did not go so well and Prodigy took the win with a cruisy 6-2.

Match 6, the final round for the day, will pit Rage ESC versus Prodigy eSports, which is sure to be a ripper of a match-up.

That $14,000 top cash prize looks to be firmly in the cross-hairs of five very talented winning teams.

For the remaining match of today and the teams to play tomorrow, watch ESL Australia’s CWL Open 1 Sydney via the official MLG stream, running the entire March 3-5 weekend.