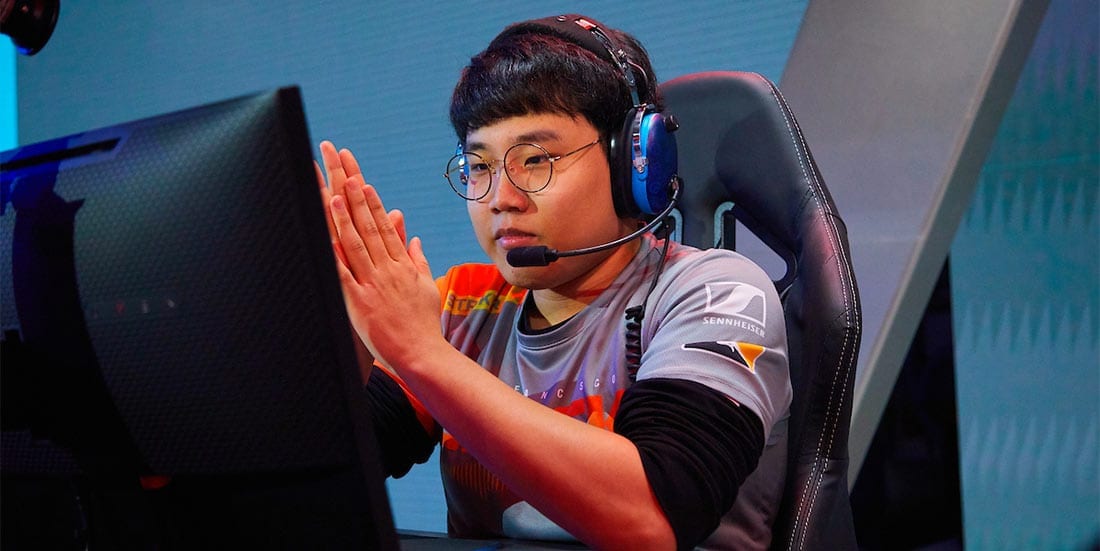 In preparation for the Overwatch League postseason, the San Francisco Shock have signed DPS Kwon “Striker” Nam-Joo to their roster. The popular clutch player was in their lineup a few years ago before his move to the Boston Uprising.

The organization announced the unexpected development, revealing that the player would be with the team for the rest of the 2022 season.

The announcement was made via the San Francisco Shock’s official Twitter page as the franchise welcomes the Korean player back to their fold.

“Three years ago today we won our first championship with him,” the tweet read.”Today, STRIKER’S BACK.Welcome back to the Shock Fam, @STRIKER_OW”

Three years ago today we won our first championship with him.

Striker started his Overwatch League career in the Boston Uprising and gave an impressive performance as a Tracer player and clutch DPS. He was moved to the San Francisco Shock after the 2018 season along with the head coach, Park “Crusty” Dae-hee, and built himself into one of the top DPS in the league.

Striker was integral to the team’s back-to-back championship wins in 2019 against the Vancouver Titans and 2020 against the Seoul Dynasty. The player’s impressive plays with meta like Tracer and Widowmaker earned him a deadly reputation in the OWL. The DPS also notably earned the title of Grand Finals MVP in 2020.

Like most retired competitive gamers, Striker indicated an interest in returning to competitive gaming not long after leaving. He was welcomed back by Boston Uprising, his first OWL team, in late 2021.

The reunion did not last long, as the player was dropped from the squad just a few months down the line. While no particular reason was given, the Boston Uprising put together a cold goodbye post for Striker. At the time, there was speculation concerning the player that during his time with Boston, he prioritized himself over the rest of the team.

Striker did not mention retirement this time and remained in free agency after the Boston Uprising. His lack of an active Overwatch League contract placed him in an excellent spot for the San Francisco Shock, especially in time for the trade deadline of the Overwatch League. The team recently lost back-to-back stage finals and was looking for a boost.

The only veteran talent on the San Francisco Shock’s young roster is their support player, Park “Viol2t” Min-ki, who was a part of the team’s previous championship run. The team is clearly trying to increase their number of veteran talent in order to put up a better performance and hopefully win another tournament soon.

Prior to the signing, the San Francisco Shock already had three top DPS players. Samuel “s9mm” Santos, Jung “Kilo” Jin-woo, and Kim “Proper” Dong-Hyun, who was a top candidate for the 2022 Rookie of the Year award. Striker’s efficiency on Tracer will enable the rest of the players to move on to other hero specializations or take on other roles.

The next match for the San Francisco Shock is slated for September 30, and the team will face off against the Toronto Defiant. It is not certain whether Striker will play with the team then or wait till the postseason to make his reentry.