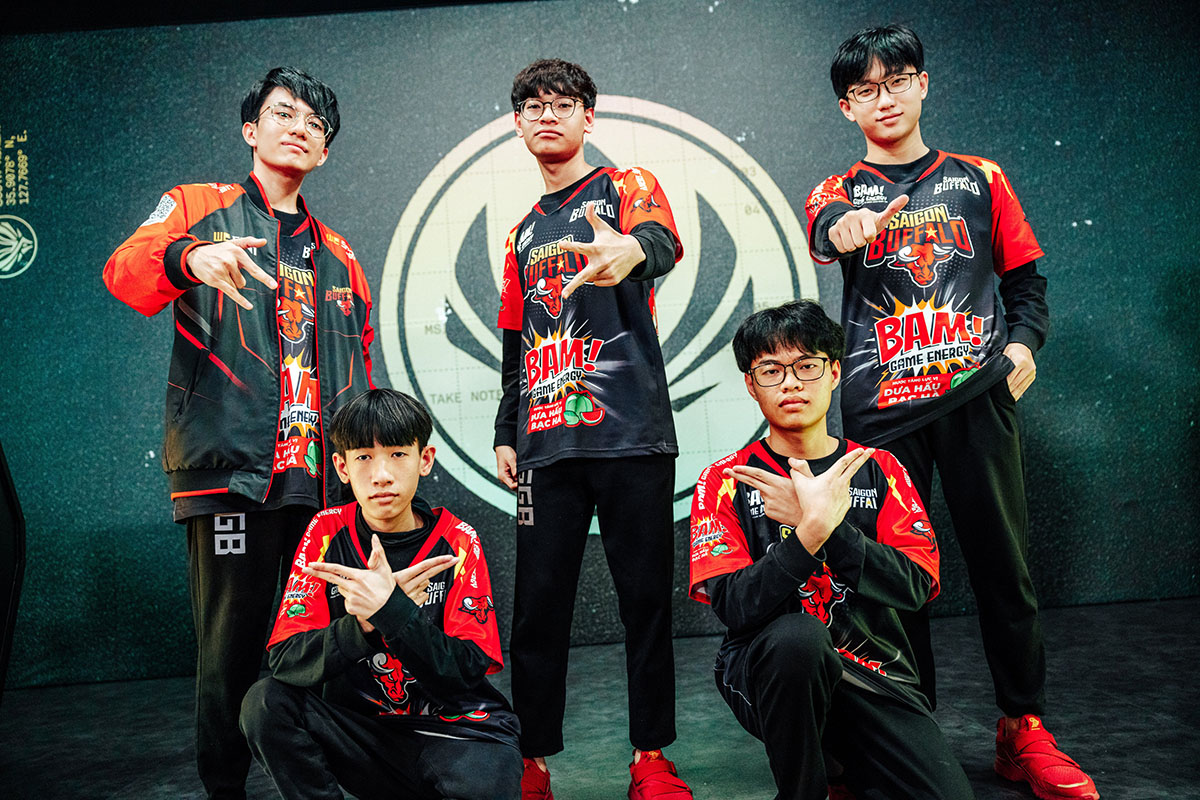 The tournament will be the first time fans will have the opportunity to watch teams from Vietnam compete on the Worlds’ stage since 2019. As a result of the COVID-19 pandemic, the region could not participate in the Worlds 2020 and 2021.

The issue of visa issuance has plagued several Southeast Asian teams and stopped the squads from traveling and participating in the World Championship. The COVID-19 restrictions only worsened the situation, preventing squads in the Vietnam region from attending the international tournament for two consecutive years.

The unreliability of visa issuance made several viewers skeptical about the Vietnam Championship Series, fearing that the VCS representative would have to compete in the League of Legends World Championship without their entire lineup.

Saigon Buffalo were able to put a lid on the skepticism after announcing that their complete lineup was issued visas right on time for the tournament, which is set to kick off on September 29. Over the past few days, the team has religiously given updates concerning the players who have gotten their visas for the tournament. As of September 22, Froggy and Ren were the only ones without visas.

Saigon Buffalo gave an official announcement on Twitter, revealing that the two players would be given an attendance visa and thanked Riot Games for their input.

“Froggy just had a successful interview this morning at the US consulate and will be granted a CKTG attendance visa,” the post read via machine translation. Thank you, Riot Games, and your strong encouragement.”

The entire squad of the Saigon Buffalo is now set and ready to make their move for the Worlds 2022, which will take place in Mexico.

The team previously took the place of GAM Esports as the VCS representative during MSI 2022. At the time, GAM Esports reportedly left the competition to participate in the Southeast Asian Games. At the MSI 2022, Saigon Buffalo reached the Rumble Stage and finished the tournament in sixth place.

Saigon Buffalo will be representing the VCS region once again in an international tournament and will start their Worlds 2022 run in the tournament’s Play-In Stage. Besides Saigon Buffalo, GAM Esports also qualified to represent VCS on the Worlds’ stage.

Saigon Buffalo was placed in Group B of the tournament and will face off Istanbul Wildcats in their first game on September 29. The match will enable the Vietnamese team to move past the Play-In Stage of the event and enter the competition’s Group Stage.

The 24 teams set to participate in the League of Legends Worlds 2022 will face each other in the different phases of the tournament in order to reach the Worlds 2022 grand final. The grand final will be held at the Chase Center in San Francisco, California, on November 5.