Following its victory at OGA Dota Pit Minor 2019, Ninjas In Pyjamas have solidified their place in the Dota Pro Circuit 2018-19 Rankings, sitting in seventh with 1690 points.

NIP added 120 points to their total, while runners up at the tournament, EHOME, picked up 60 points to climb above Team Liquid into 11th place, with 549.6 points.

Here is how the table looks as of April 30: 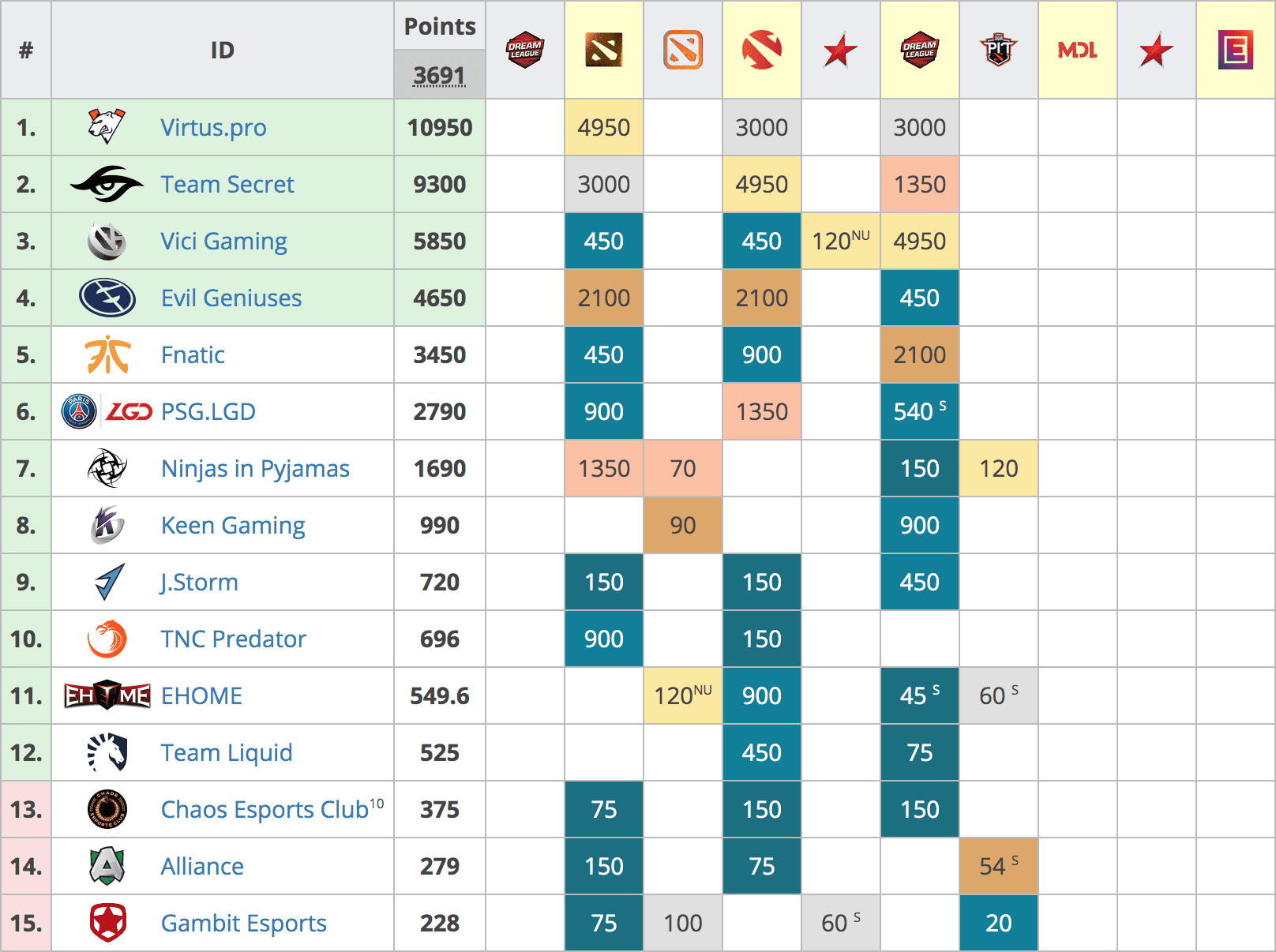 Alliance, as the second runner-up at OGA Dota PIT Minor, should have collected 90 DPC points, but only picked up 54 points because of the inclusion of Madara as a stand-in.

While Gambit Esports, the bottom flagger of this tournament, is ranked 15th after notching the 20 DPC points they took from 7th-8th place.

Forward Gaming, the squad which finished 5th-6th in this tournament, sits outside the top 15 in 16th.

BOOM ID, the black horse from the SouthEast Asia region, also accumulated 80 DPC points, 40 from previous Minor events and another 40 for finishing 5th-6th in this Minor. They are only one rank above Majestic Esports, sitting in a tie along with Old But Gold.

Last but not least, we have Royal Never Give Up, the Chinese squad eliminated by Majestic Esports in the first round of the loser bracket. After taking 20 DPC points, they now have 63.65 in total, ranking 24th.

The next Valve event, MDL Disneyland Paris Major, starts on May 4.

There should be at least six to seven teams are qualified in joining The International 9 after the fourth Major is finished.