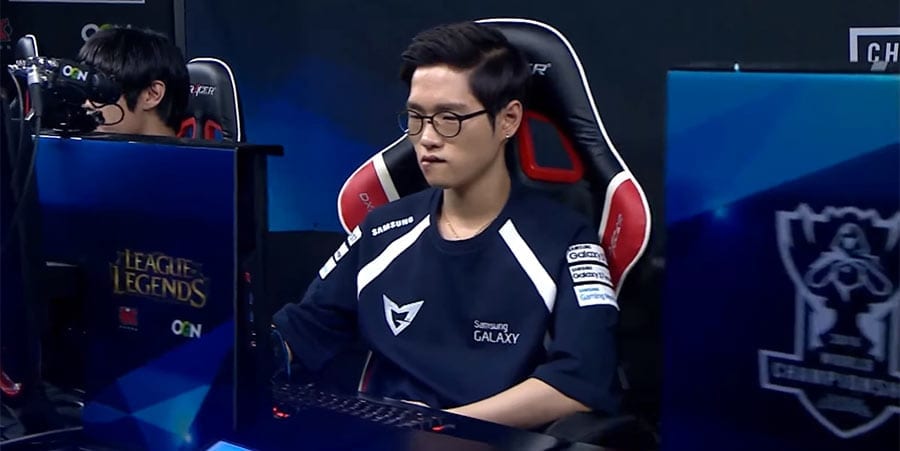 CLG had high hopes after finishing third in the 2019 LCS Summer Split, but their venture into 2020 soon turned grim as they endured one of the worst starts to a season in the organisation’s 10-year history. Six weeks in, Trevor “Stixxay” Hayes and his squad sit bottom of the standings with a 2-10 record.

While every player on the roster has left a lot to be desired, all fingers were pointed towards the iffy displays of Crown. Although a respected player due to his 2017 LoL World Championship title and a solid season with OpTic Gaming in 2019, the mid laner has struggled to find any consistency since joining CLG.

Crown’s aggressive playstyle and tendency to look for flashy plays has created a few highlights, but that swashbuckling approach has backfired more often than not this season. That has not sat well with the management at Counter Logic Gaming, who are desperately seeking stability in a bid to gain some traction and climb the LCS standings.

Crown has accumulated some of the worst stats out of all mid laners in the LCS 2020 Spring Split, namely his KDA (1.60) and CSPM (7.48). His early-game stats are notoriously weak and he has done the least amount of damage out of all North American mid laners this term.

In a bid to bounce back and save their name from humiliation, Counter Logic Gaming opted to freshen up their roster at the end of Week 4 when they re-signed Eugene “Pobelter” Park to take over from Crown in the starting lineup.

With Pobelter controlling the mid lane, CLG defeated Team SoloMid in Week 6 to claim their second win of the season. The former Team Liquid coach’s leadership and poise were on full display in that result, so it was no surprise when Crown’s fate was sealed this week.

Although this marks the end of the Korean pro’s time at Counter Logic Gaming, his career in League of Legends esports is far from over. However, with the Asian LoL scene at a standstill due to the coronavirus epidemic, his options are limited at the moment.