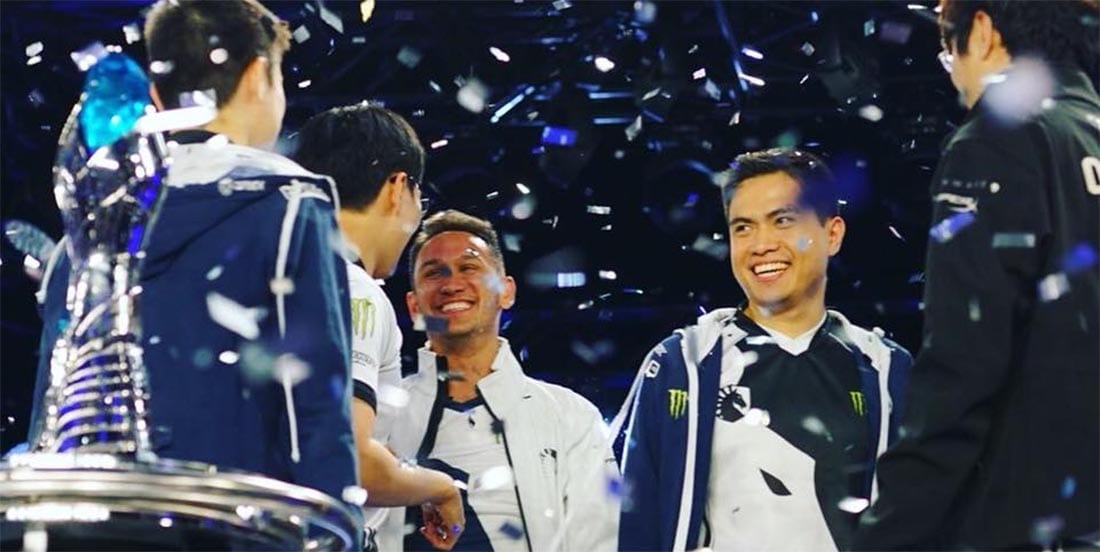 TEAM Liquid has become the fourth winner of the League of Legends NA LCS Championship, with a clean-sweep against 100 Thieves on Sunday in Miami.

Team Liquid was installed the $1.50 favourite with Bet365 prior to the clash, and from the outset it was clear they had 100T’s measure.

The first game of the best of five contest was probably the closest, with the defining moment coming when Xmithie stole a Baron from 100T after about 30 minutes play. This completely shaped the remainder of the match with the underdogs never really recovering.

Both game 2 and 3 were finished in under half an hour, with finals MVP Poberter continuing to enhance his reputation, after a magnficent semi finals performance a week earlier.

What ramifications does TL’s victory have on the Mid-Season Invitational? We take a look at the prize-money breakdown and the other spoils TL take from the victory.

With the North American 2018 LCS Spring Split coming to a close, it is important to understand seeding within the league. The impact finishing first has cannot be underestimated from prize money to participation in the Mid Season Invitational or MSI to Qualifier Points for the 2018 World Championship.

As with most sports, the higher a team is seeded comes with a higher payout at the end of the split. In this case, the prizes handed down by Riot only extend to the top four teams. After this weekend’s results, the chart below exemplifies which team placed where and the corresponding prize pool. As an interesting point of reference, due to the franchising model started this year in North America, each team was required to pay anywhere from USD $10-$13 million to enter into the LCS dependent on previous LCS participation.

As it stands, each team regardless of their placement in the Spring Split still has a chance to make it to the world stage in October.

Championship Points are the determining factor to decide which teams from North America make it to Worlds.

Below is a chart explaining the points earned per split.

The winner of the Spring Split, Team Liquid, is automatically invited to the main stage of the MSI. Because of North America’s strong international performances in the past couple of years, the region has received an automatic slot in the main stage rather than the secondary play in stage. The MSI will have immense implications for the 2018 World Championships for any team participating, including a possible demotion in auto-qualifying for group stage for North American teams.

A recent style of international competition implemented by Riot to help spur battle lines between regions, Rift Rivals aims to pit closely related regions against each other. The prize pool is significantly smaller than regular split prize pools and the event usually has in game implications for everyday League players, including new quests, summoner icons and bonuses.

For Rift Rivals, North America will be facing off against the top three teams of the European LCS from the 2018 Spring Split. As for participating teams, the top three teams for NA will be entering, meaning Team Liquid, 100 Thieves and Echo Fox are the chosen representatives.