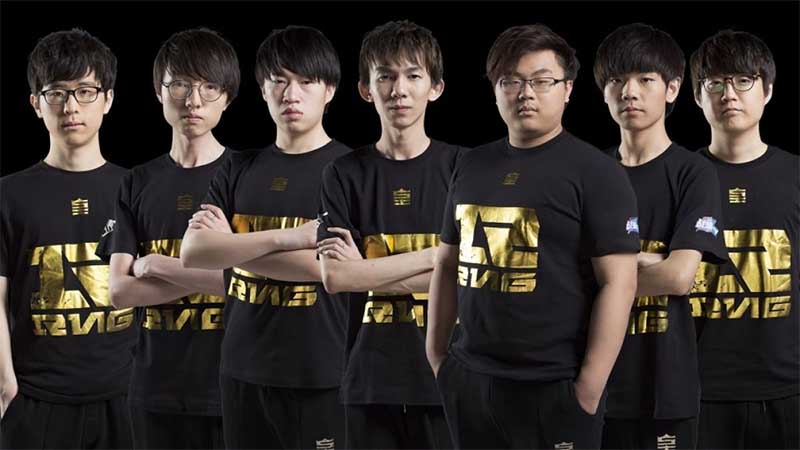 Chinese esports team Royal Never Give Up won every game in the group stage of the 2022 League of Legends Mid-Season Invitational, sealing a spot in the rumble stage.

The LPL representatives’ first three victories were wiped due to ping discrepancy. Recall that RNG is the only team not at the LAN event due to COVID-19 travel restrictions in their home country.

To maintain competitive integrity, Riot Games cleared the slate and organized a replay. However, the Chinese team was not fazed as they proved their victories were not flukes or a result of an unfair advantage.

Although RNG has shown its dominance on the international stage, they were not exactly in top form during the LPL regular season. However, a 3-2 win against Top Esports guaranteed them a ticket to the MSI.

RNG breezed through their opponents in the group stage, except PSG Talon, who was considered their toughest opponents. Although more resistance was shown by Talon, they were still unable to win a game against the streaking LPL team.

In reality, RNG won nine consecutive matches in the group stage but only three were recognized by the tournament organizers. They will be looking to continue that form in the rumble stage scheduled to commence on May 20.

Riot has released the schedule for the rumble stage, which will run from May 20 to May 24.

Day 1 will kick off with Korean-based T1 squaring off against European powerhouse G2 Esports. It will be the first of six fixtures scheduled to take place on the first day of the MSI rumble.

Both teams also had perfect runs in the group stage, with T1 winning six straight games while G2 won eight. Seeing as only 11 teams participated in the tournament, Group C had only three teams and had to follow a quadruple round-robin format.

Come May 20, one of the longest streaks in League of Legends will be broken as either T1 or G2 will lose. T1 has not lost a game since the start of 2022, while G2 has been sweeping teams since the 2022 LEC Spring Losers’ Round 2.

Here are the six games that will be held on Day 1 of the MSI Rumble stage:

The undefeated run by the top three teams in each group has set a new record in MSI history. Since the tournament’s inception in 2015, fans have only experienced unbeaten runs twice.

The first team to go unbeaten in the group stage was T1, which they achieved in 2015. The LPL representative was the only other team that achieved the same feat before the 2022 season.

RNG went 8-0 in the 2021 group stage, and although they had a 7-3 record in the rumble stage, they went ahead to clinch the title with a 3-2 win over DAMWON Gaming.

Given how the top three teams have performed so far in the competition, it will be interesting to see them go head-to-head. Of the six teams that are in the rumble stage, only four will advance to the knockout stage.

RNG is the defending champion and looks formidable enough to win the competition for the second consecutive year. Whoever wins the tournament will walk away with bragging rights and $75,000 from the $250,000 prize fund.