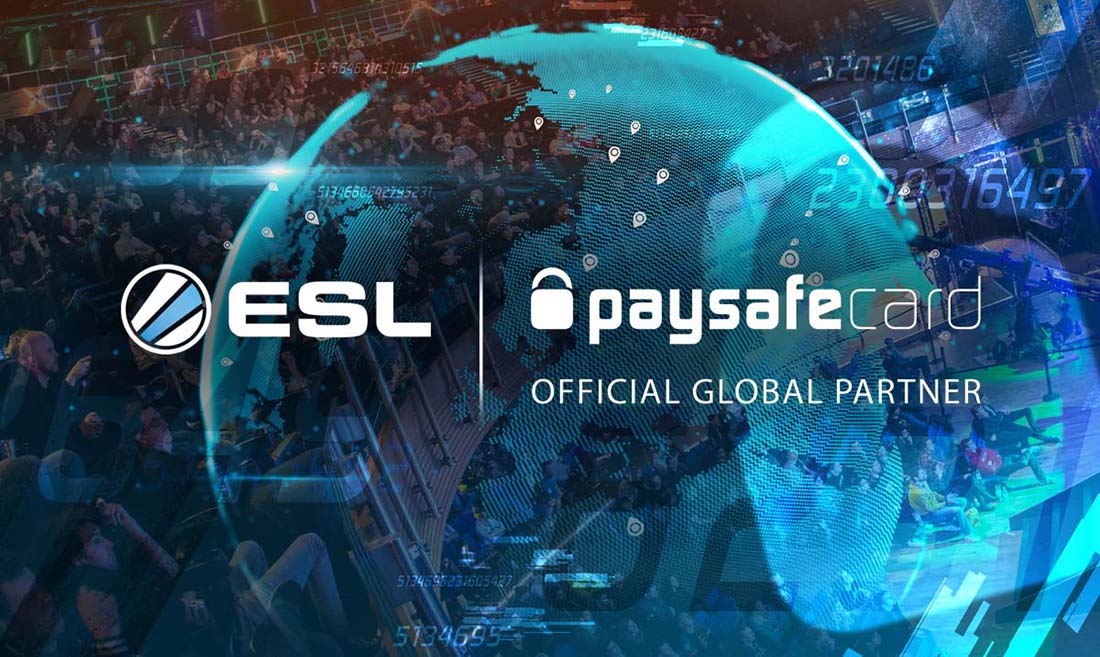 The Electronic Sports League has secured popular prepaid payment service Paysafecard as a Global Payment Platform Partner for the entirety of 2018.

The sponsorship deal covers all ESL organized esports events, including the Intel Extreme Masters, CS:GO Pro League and ESL One circuits, in addition to ESL Arenas and National Championships. Meanwhile, it will see Paysafecard implemented as the official payment method on the official ESL website, for purchases across ESL Play, ESL Shop and ESEA.

Anyone who uses Paysafecard to buy anything on the ESL storefronts will be eligible for special discounts, offers and other rewards, with both ESL and the payment provider promising other benefits in future initiatives.

The partnership is not unprecedented, given Paysafecard first became involved with the esports industry in 2014, specifically ESL One Cologne and two seasons of ESL Pro League.

It also extends past sponsorship, as Paysafecard plans to drive three community projects to honour esports personalities around the world.

“[We take] pride in supporting ESL as one of its main sponsors and contributing to the further development of this truly worldwide league of digital fun and entertainment,” said Udo Müeller, CEO of Paysafecard, in a statement.

“For us at paysafecard, this sponsorship opens the path towards becoming the main sponsor of the league and with that extending the brand’s reach to additional global target groups of more than 180 million esports enthusiasts.”

ESL’s chief executive Ralf Reichert, said: “Paysafecard is one of the partners that really grew with us and the esports industry throughout the years, and we’re very proud to welcome them on board on a global level.”

“It’s one of the brands that puts the community first with quality activations that engage fans on all levels, and we’re excited to see what they have in store.”

Paysafecard is one of our top recommended esports banking options to use when betting on your favourite esports matches online, and has been used by esports bettors around the world for the last five years.

Because it is a prepaid voucher, you can buy the physical Paysafecard at many local retailers and stores and load it up with funds like traditional prepaid options, or simply use it as a digital wallet.

The additional anonymity and privacy provides by acting as a middle layer between your personal accounts and your esports betting account is also the reason why it’s highly recommended for esports fans who want extra peace of mind before placing a bet on their favourite teams to win.

Paysafecard is supported at the majority of the highest-rated esports bookmakers like Betway.com and Pinnacle.com.