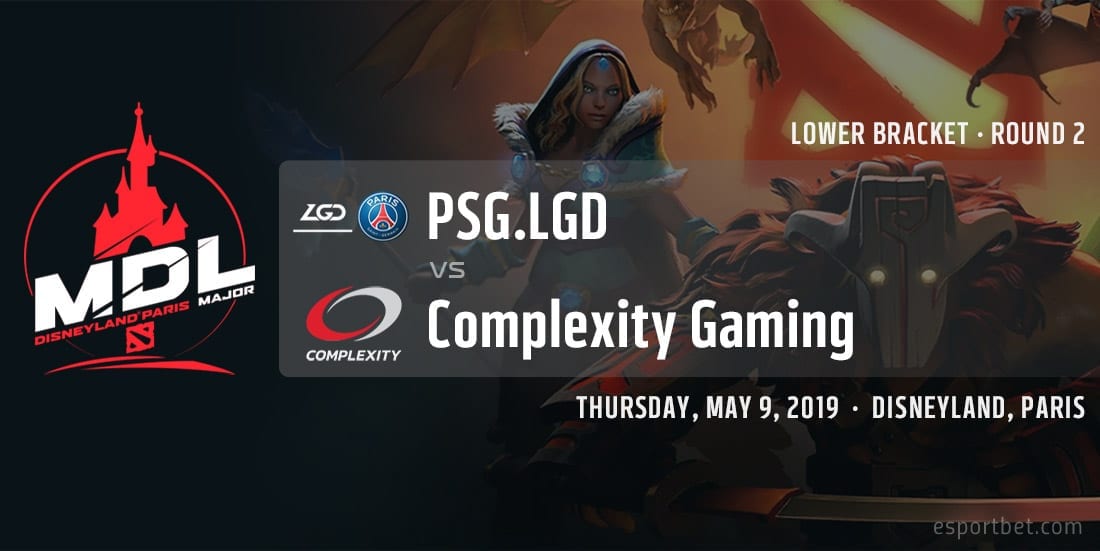 After eliminating Beastcoast in the first round of the lower bracket at the 2019 MDL Disneyland Paris Major, Complexity Gaming (COL) will take on PSG.LGD in another elimination match.

This is a best-of-three series where the winner secures at least top eight in this tournament while the loser goes home with USD $15,000 and only 150 Dota Pro Circuit points.

COL played seven games in the group stage, losing against both Evil Geniuses and OG while winning against Fnatic with a 2-1 score in the losers’ match.

They picked Sand King for five games and utilised his flexibility between position three and the support role, which resulted in only one win and four losses.

PSG.LGD must be aware of this and think of a plan to counter this pick because COL may have an advantage if they first pick Sand King in their upcoming draft.

The Chinese giants lost against Vici Gaming’s Sand King once in the group stage, so there is a high chance COL might attempt to replicate that draft.

PSG.LGD have used a number of core heroes in this tournament, including Morphing, Storm Spirit, Leshrac, Naga Siren, Ursa as well as other tier-two heroes.

They definitely have better knowledge of the hero pool, which should help them in the draft.

We give PSG.LGD a 70 per cent chance of winning this match-up with a 2-0 scoreline.

A win in this tie will earn them a ticket into The International 9 in Shanghai, so there is plenty to play for.