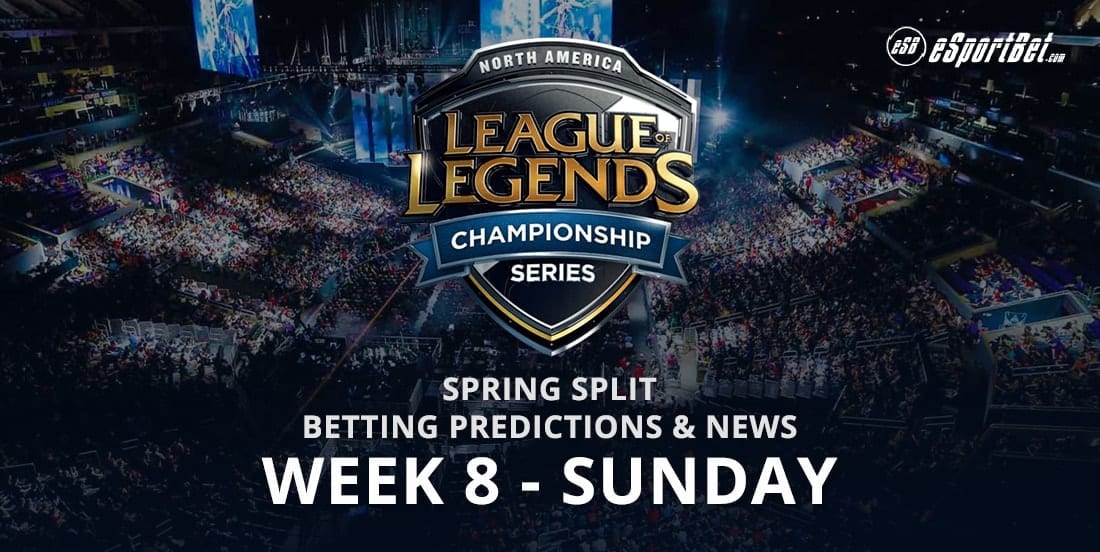 Also read: How to bet on esports

Game 1 – 12PM PST/ 3PM EST
It’s the old faithful versus the new young foxes. Echo Fox clearly has an edge in terms of record, so they can rest easy in this match. CLG however is a completely different story – a win here would help them tremendously in reaching tje playoff stage. But in order to overthrow the kings, you’re going to need some really good plans.

CLG in their wins have shown Reignover and Huhi stepping up to the batting cage with Stixxay always playing well as of late. Reignover’s success is of utmost importance, as unchecked jungle pressure usually ends up with a monster snowball situation. Getting Reignover on one of his comfort picks like Olaf while giving Stixxay and Biofrost a manageable botlane duo is paramount to winning against the number one team.
FOX on the other hand can only improve their record. Granted that CLG is on an upswing, the weakest factor on CLG would have to be Reignover and Darshan. On a good day, they each can solo carry their team, but at their worst they become heavy liabilities. As such, focusing on Huni and Dardoch’s duo synergy will have positive effects in terms of map balance and game tempo.

CLG has definitely been making a miracle run for playoffs, but to most viewers, Echo Fox is just an overall stronger team in most respects. Maybe CLG can win the botlane, but it will come at such a high cost to the rest of the map. Echo Fox are heavy favorites without a doubt.

Best bet: Back Echo Fox to win at -200 with BetOnline

Game 3 – 2PM PST/ 5PM EST
Clutch holds third place coming into this week against the fourth place TL. Liquid has won the previous iteration between the two but that was about two patches ago. With new builds, new metas, and new champion pools, differences in gameplay and strategy will be held in this battle for third place.

CG has an all around good team composition, with Febiven , Hakuho and Apollo standing out. Solo and LirA are definitely skilled but may fall short of their TL counterparts. In this matchup, instead of playing to the strengths of CG, the focus should be to stop the TL top laner and jungle from popping off. Giving both Solo and LirA counterpicks that do not detract from the teamfight while focusing on the top side of the map can prevent massacres like Impact’s Shen from emerging.
TL on the other hand, despite their inconsistencies, are mechanically strong across the board. Doublelift and Olleh may want to turn the botlane into a bloodbath, and by shutting Hakuho and Apollo down, they essentially free up Doublelift to go to town on anybody that would contest him. Pobelter and Impact should not have a difficult time holding their lanes if they work around Xmithie for warding LirA’s pathing, so all in all, a peel for carry, through and through teamfight comp may be their aim.

This may be the most difficult game to call for Sunday. Both teams have excellent records with all star ADCs and mids on both sides. However, history is favored to repeat as TL have the edge when it comes to teamfighting and pro level experience. 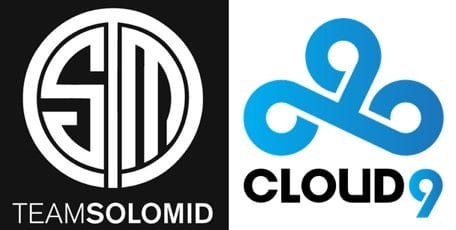 Game 4 – 3PM PST/ 6PM EST
Yet another bout between titans of the NA LCS scene. C9 took the victory last time these two teams met up. Will the upswinging TSM secure another victory for their playoff run or will C9 successfully pass Reapered’s infamous braincheck pregame.

Bjergsen is now having his title as best NA midlaner severely tested by not only Febiven but also Jensen. Winning the midlane or outroaming his counterpart will be a very difficult task, so the focus for TSM should definitely be on the botlane. Hauntzer and MikeYeung again have not shown their focus throughout the split, but will have to donate their focus to the botlane at the correct time to start fracturing C9’s teamfighting infrastructure.
C9 aren’t in the same boat as FOX when it comes to throwing away games, but we can all assume they want to continue the dominance over TSM. Sneaky and Smoothie have been slacking on the jungle pressure they exert as a bot lane duo due to Svenskeren’s tendency to hover Licorice. As such, champion select should hold a more specific win condition for the team that can be executed with relative ease. Licorice should not be allowed to fall being Hauntzer, with Sneaky and Smoothie drafting for a synergistic duo.

C9 have dropped the ball as of late, falling to both 100T and CLG. However, each week has ended with their victory over a lower ranked team. TSM may be on a pseudo upswing, but C9’s fundamental strength mentally and mechanically will bestow them a win this week.