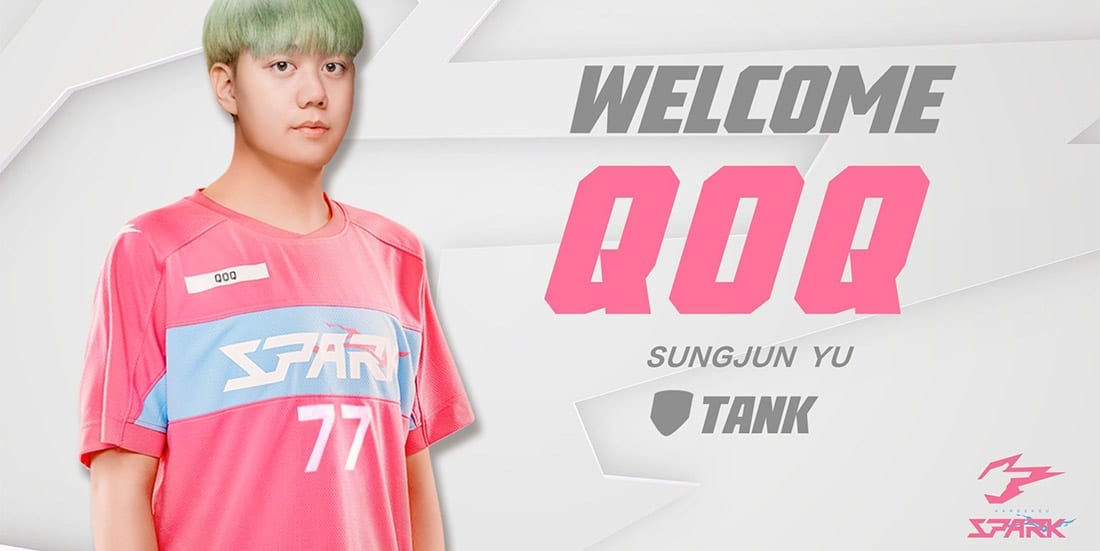 Hangzhou Spark have announced the signing of Sungjun “QoQ” Yu, who joined the Overwatch team as their new tank player on Friday.

Since the start of the year, the Chinese esports team have now acquired five new members in a bid to improve on their fourth-place finish in the 2019 Overwatch League.

Last Thursday, Hangzhou Spark doubled down on their roster rebuild project when they parted ways with Shilong “Krystal” Cai to make room for QoQ. The newest addition replaces Sungwook “Ria” Park, who recently stepped down from active duty due to a wrist injury.

Never stop improving.
Please welcome the newest Spark, “QoQ” Yu Sung-jun, who joins us as an off-tank. This veteran player brings his experience from a string of championships to become a great component of the team. Let’s make some noise!
(Pending league approval)#sparkbang pic.twitter.com/byW4Yr6KEx

By joining Hangzhou Spark, QoQ is set to make his first appearance in the Overwatch League. The 19-year-old Korean pro began his career in 2016 with IX, before moving to EHOME Spear, MVP Space and RunAway.

During his one-year stint with RunAway, QoQ saw a lot of success with multiple titles in both Overwatch Contenders and NetEase Esports tournaments. He left RunAway in November 2019 and continued his illustrious career with T1, who he helped win Contenders 2020 KR Season 1 – Week 1 and take second place at NetEase Esports X Tournament – Spring 2020.

With all the signings Hangzhou Spark have made so far this year, they are looking like a serious OWL title contenders. They have fixed their DPS issues with the acquisition of Architect and gained one of the best off-tanks with QoQ, who has proven to be very efficient on D.Va and Zarya.

While QoQ seems a perfect fit for Hangzhou Spark, it remains to be seen how much playing time he will get when Ria returns from his medical leave.