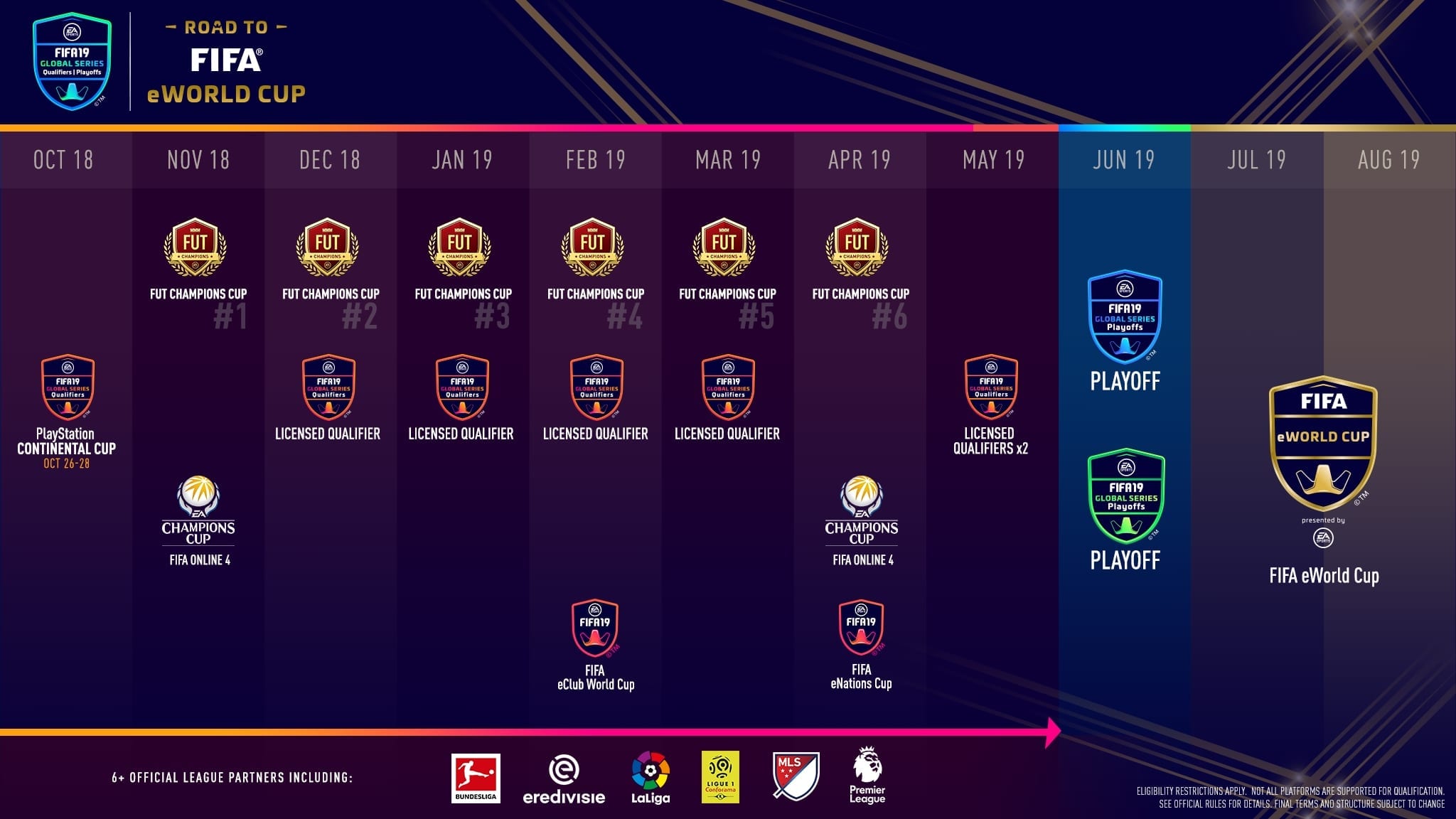 Electronic Arts and FIFA announced the EA SPORTS™ FIFA 19 Global Series tournament schedule illustrating the mass player journey all will take on the Road to the FIFA eWorld Cup 2019.

Building upon last season’s success and the significant growth in FIFA esports competitive gaming popularity, the tournament ecosystem expands as the number of FUT Champions Cups increases from two to six, an all-new Licensed Qualifier System led by leading brands is added, and will involve an anticipated 15 official football league partners vs eight last season such as Bundesliga, Eredivisie, La Liga, Ligue 1, MLS, and the Premier League.

This season also includes the unique FIFA eClub World Cup and two EA Champions Cups featuring the best FIFA Online 4 players in the world, as well as a brand-new competition: the FIFA eNations Cup. Further details about the format and qualification for the FIFA eNations Cup will be announced over the coming weeks.

“Competitive FIFA captivates millions of fans around the world, and its unique connection to the world’s game presents new and innovative ways to uniquely connect football fans around the world,” said Luis Vicente, Chief Digital Transformation & Innovation Officer at FIFA. “We’re thrilled to continue our longstanding partnership with EA as we aim to push e-Football to new heights and to new audiences.”

This new points system awards competitors for their cumulative performances across both online and live events and gives the opportunity for all eligible players to become a future star of FIFA competitive gaming. It also increases their chances for EA SPORTS FIFA 19 Global Series Playoffs qualification and advancing to the FIFA eWorld Cup 2019.

“Building upon last season’s success, we wanted to give more players around the world the opportunity to compete in the EA SPORTS FIFA 19 Global Series, as well as elevate the profile of the superstars of FIFA,” said Brent Koning, EA SPORTS FIFA Competitive Gaming Commissioner. “Every detail of the competitive ecosystem is thoughtfully and strategically crafted to increase its engagement and entertainment for spectators, as well as accelerate our ultimate goal of making stars of all our players.”