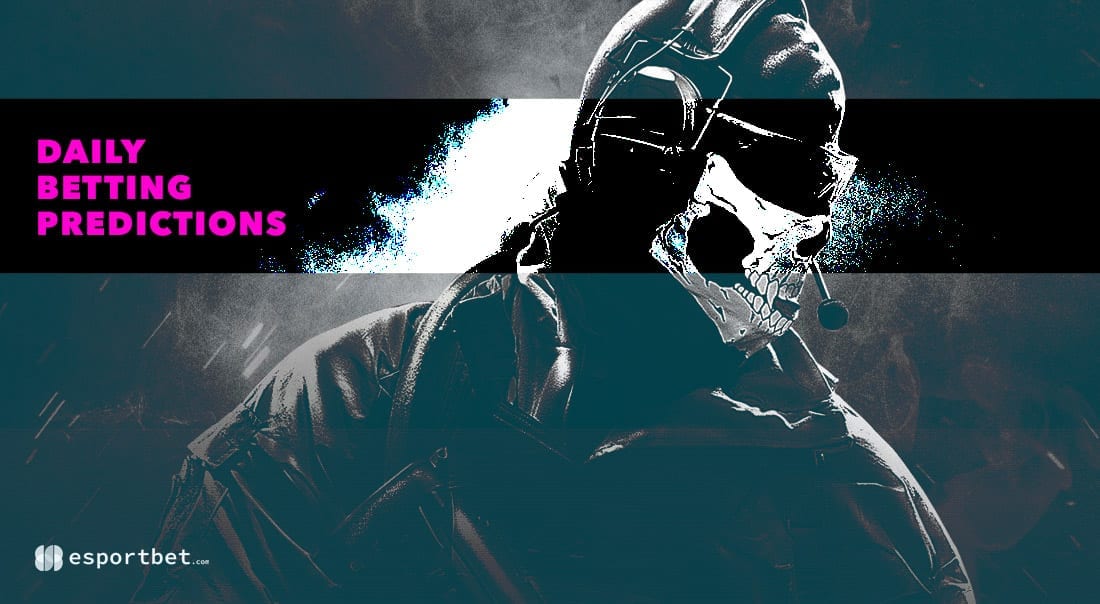 These two sides will clash on Tuesday for the seventh time this year and the first time since Team Vitality reverse-swept BIG during the BLAST Premier Fall 2020 Finals. The series started with BIG taking the lead with 16-9 on Vertigo, only to get stomped into the dirt by the French squad on Inferno (1-16) and Dust2 (2-16).

With that win, Vitality are now 4-0 in the head-to-head fixtures since October. During that stretch, BIG claimed only two out of 10 maps played, so it makes sense that the latest CS:GO betting odds favour Dan “apEX” Madesclaire and his crew.

Regardless of BIG’s loss last time out, we would normally side with the Germans to win at least one map, but recent reports state Johannes “tabseN” Wodarz and his crew are fatigued after a streak of tough matches. For that reason, it’s better to side with Vitality to win without dropping a map.

The return of Lukas “gla1ve” Rossander to the in-game leader role has made Astralis much stronger. They have recently beaten G2 Esports (twice), Team Liquid, FURIA and Natus Vincere, who are all arguably stronger than Complexity.

Complexity have seen a fair amount of success as well, but they’ve not been nearly as convincing as the Danes. Complexity have only three games on their record this month, with one 2-1 win against FaZe Clan and two 0-2 losses against Gambit Esports and FURIA.

The odds on Astralis winning this match 2-0 are rather short, but we don’t see how this match can end any other way.

This will mark the second clash between these two teams since last Friday, when Natus Vincere bested FURIA with 16-8 on Inferno and 16-11 on Nuke during the BLAST Premier Fall 2020 Finals. FURIA have not played a single match since, whereas NaVi went on to lose against Astralis (0-2) in the next round of the competition.

Due to NaVi’s tendency to underperform in the early stages of tournaments, there is a world where FURIA claim an upset win. While we don’t believe they have the tools to stop Oleksandr Olehovych “s1mple” Kostyliev, the Brazilians can still force a three-map series.

Just Error last week parted ways with Syed Sumail “SumaiL” Hassan and replaced him with Roman “Resolut1on” Fominok. With this roster change, Vladimir “No[o]ne” Minenko returns to the mid lane, which seems like a positive move, but the departure of SumaiL makes it hard to be overly confident about Just Error.

Natus Vincere’s results have been all over the place since their run to the ESL One Germany 2020 grand finals. Although they took series off mudgolems, Vikin.gg and Team Secret in the first week of December, they have since suffered back-to-back losses against Vikin.gg and OG.

Regardless of NaVi’s slump in form, they still look the better pick in this matchup. Just Error are significantly weaker without SumaiL, and since they lost against NaVi only last month, it’s hard to believe they can turn things around on Tuesday.

Alliance and mudgolems will clash in the opening round of OGA Dota PIT Season 4: Europe/CIS, which will mark their second meeting of the year. Their only previous fixture happened at the end of November when Alliance won 2-1.

Alliance enter this match on a five-game winning streak that includes victories against Winstrike, Just Error, Spider PIgzs, Gambit Esports and Live to Win en route to the EPIC League Division 2 title. Mudgolems have been far less convincing, losing all of the five fixtures, and nine of 10 maps, leading to this clash.

Give those contrasting records, it is hard to see anything but a comprehensive win for the favourites here.