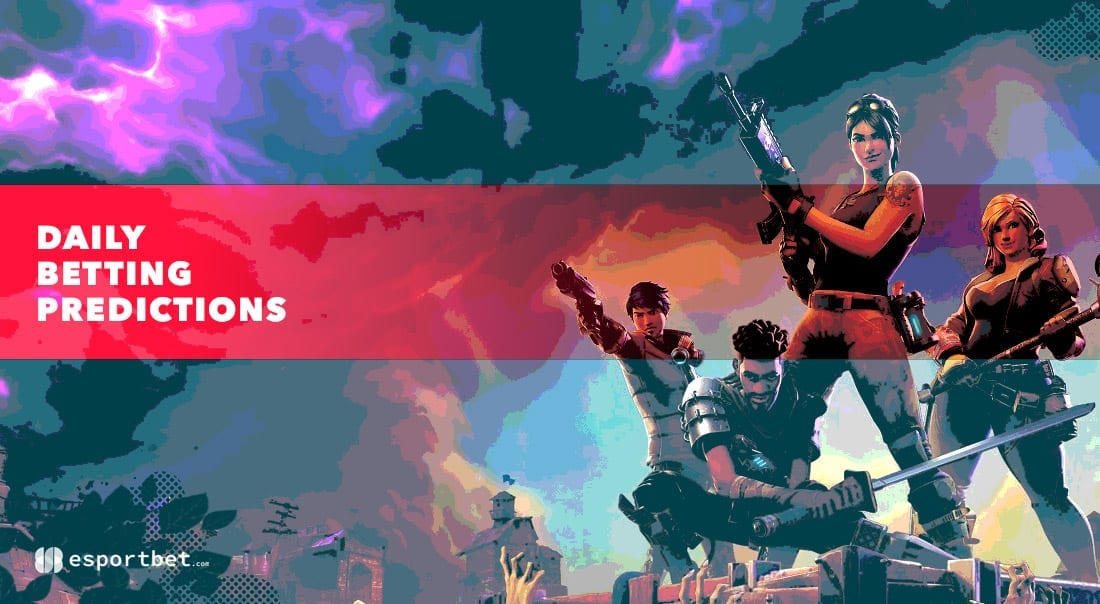 ESB’s free esports betting predictions and best odds for Thursday include two Counter-Strike: Global Offensive tournaments – FLASHPOINT Season 2 and the European division of the Intel Extreme Masters XV Beijing – as well as one League of Legends match from the National Electronic Sports Tournament 2020.

Cloud9’s new CS:GO roster will make its debut on Thursday against the prominent CIS esports organisation Virtus.pro. Even though C9’s project looks quite promising, it’s hard to expect any impressive results until the squad finds the needed synergy.

On the other end of the spectrum we have VP’s core of former AVANGAR members who have been playing together for over three years. What’s more, VP are in great form. Even though they recently lost to K23 (0-2) and Gambit (1-2), they went 21-0 throughout October.

VP are not the same team that terrorised the competitive scene in the early years of CS:GO esports, but they are showing good form and should do well against C9.

Gen.G are not in a good spot ahead of this bout, which is clearly reflected in the esports betting odds. Not only did they lose Sam “s0m” Oh to VALORANT in October, Gen.G have also been inactive since late September.

Gen.G’s lack of playtime alone is a massive factor that makes us like OG more. Even though Aleksi “Aleksib” Virolainen and co. are still a bit inconsistent, we don’t see how they can lose this bout. Anything less than a 2-0 win for OG seems unlikely.

There is a reason why Heroic are the no.2 team in the world and North are only 23rd in the global rankings. While the online format might have something to do with Heroic’s success, that only makes them more dangerous at this year’s IEM Beijing event.

Even though Heroic lost to GODSENT (0-2) and Apeks (16-19) at Elisa Invitational Fall 2020, they are still the reigning DreamHack Open Fall 2020 champions. They defeated North 2-0 in that event, and we expect another sweep for Heroic here.

G2 Esports have become deadly since they signed Nikola “NiKo” Kovač from FaZe Clan, which is something FURIA (2-0), MiBR (2-1) and Astralis (2-0) can all attest to.

Ninjas in Pyjamas, meanwhile, have not changed much in the past few months. Tim “nawwk” Jonasson returned to the active roster last month but has failed to lead NiP to any outstanding results, although they are still showing a lot of promise.

G2 should take this match, but it’s hard to imagine they will manage a 2-0 sweep. NiP are well coached and solid enough to make G2 work hard for the win.

Like many other League of Legends esports teams from China, IG decided to give some of their academy players a chance to prove their worth at NEST 2020, which explains the gap in the betting odds. Royal Never Give Up, meanwhile, decided to enter NEST 2020 with their entire roster, although it remains to be seen which players will be shown a green light for the Thursday match.

On paper, RNG look stronger largely because IG are fielding four academy players, but we don’t see a reason to bet on RNG at -161.29. They have struggled throughout most of this season, and until we see some improvement, we will continue to believe IG can force a three-map series.